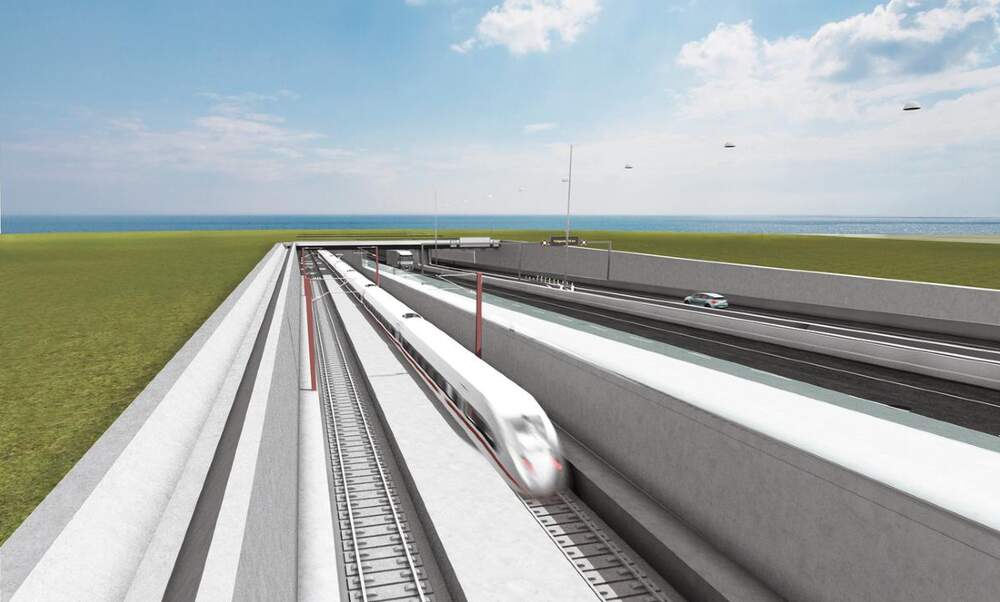 After more than a decade of planning, a top German court has finally given the green light to the world’s longest immersed tunnel. When it opens in 2029, the combined rail and road tunnel will slash journey times between Denmark and northern Germany.

Germany to Denmark in seven minutes

The Fehmarnbelt tunnel - officially known as the Fehmarnbelt Fixed Link - is one of the largest infrastructure projects in Europe, with a construction budget of over 7 billion euros. Descending up to 40 metres beneath the Baltic Sea, the 18-kilometre-long tunnel will be built across the Fehmarn Belt.

It will comprise two double-lane motorways and two electrified rail tracks. Unlike other underwater tunnels, the Fehmarnbelt tunnel will not lie under the sea bed. Instead, it will be built by submerging hollow sections of concrete and placing them in a trench dug into the sea bed.

Designed to be a replacement to the current ferry service between Rødby in Denmark and Puttgarden in Schleswig-Holstein, which transports millions of passengers every year, it will slash the journey time between the two countries from 45 to just seven minutes by train or 10 minutes by car.

“Today, if you were to take a train trip from Copenhagen to Hamburg, it would take you around four and a half hours,” said Jens Ole Kaslund, technical director at Femern A/S, the Danish company leading the project. “When the tunnel is completed, the same journey will take two and a half hours.”

Construction on Fehmarnbelt Tunnel can begin in Germany

The project has been a long time coming: more than 30 years ago, the idea of a bridge was floated, such as that which connects Copenhagen and Malmo in Sweden. In 2008, Germany and Denmark signed a treaty to build the tunnel, but it has taken over a decade for the necessary legislation to get approved in both countries and for geotechnical and environmental impact studies to be carried out.

And while work has already begun on the Danish side, progress in Germany has been beset by a number of legal battles from ferry companies, conservationists and local municipalities - who raised concerns about unfair competition, environmental impact.

However, their claims have now been thrown out by a federal administrative court in Leipzig, paving the way for construction to begin in Germany. Femern A/S CEO Claus F. Baunkjær said of the ruling: “It is a historic milestone that has now been achieved. Construction of the Fehmarnbelt tunnel has already begun on the Danish side. Now we can begin on the German side as well.”

The Luxembourg-based European Court of Justice is still considering other complaints.