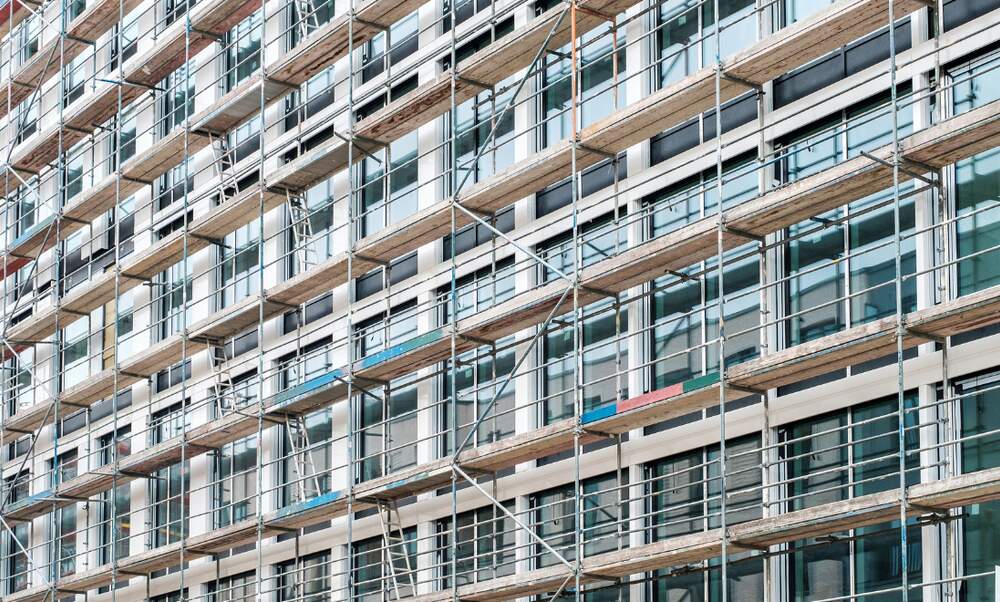 New homes in Germany are not being built where they're needed

New homes in Germany are not being built where they're needed

Far too few houses are being built in Germany’s cities - and at the same time, far too many are being built in the countryside. While city-dwellers struggle with fierce competition and spiralling rents, in rural areas the property vacancy rate is growing. Major changes are needed, the German Economic Institute (IW) has argued.

No matter whether you’re in Cologne, Stuttgart or Munich, one thing remains the same in Germany’s cities: nowhere near enough homes are being built. That’s the finding of a major study recently published by the IW, which compared the number of properties built in the last three years with estimated demand, calculated using factors such as population growth and job vacancies.

Their findings show that, in Cologne since 2016, not even half (46 percent) of the demand for housing has been met. Similarly, in Stuttgart, only 56 percent of homes needed have been built. The situation is only slightly better in Munich (67 percent), Berlin (73) and Frankfurt (78). “Not only is there a lack of up-to-date homes here, but also in the longer term a further increase in construction activity is needed,” write the report’s authors Ralph Henger and Michael Voigtländer.

The housing shortage in the cities is exacerbated by several factors - including an influx of people into Germany’s cities, staff shortages at building authorities, strict regulations and lack of skilled workers in the construction industry. “You cannot keep up with building,” said Henger. Instead, the study advises city authorities to focus on repurposing existing buildings and improving public transportation between the inner city and outlying areas, to tackle rising rental prices.

Too many houses in rural parts of Germany

On the other hand, the study found almost exactly the opposite situation in rural areas of Germany. In some places, such as Saxony-Anhalt, Saxony, Saarland and the outskirts of Bavaria, building work is being carried out at such a pace it is now far outstripping demand. “Although there are lots of vacancies in the countryside, a relatively large number of new properties is being built,” writes Henger.

Despite new builds generally being favoured over other housing types, the report argues that authorities should adopt a “conversion before new construction” approach. This is because the brand new satellite developments tend to encourage people to leave traditional village and town centres, which slowly lose their importance and shed even more residents. This exacerbates vacancy problems. “Municipalities in rural areas […] should pursue better land management in order to remain attractive and to avoid vacancies in the centre,” the report says.

Demand for housing in Germany will decrease

According to the study, 342.000 new homes will be needed in Germany between 2019 and 2020 to keep up with demand. In 2018, however, only 287.000 homes were completed and this figure is unlikely to increase significantly in 2019. The discrepancy between supply and demand in the German housing market, therefore, remains great.

However, the study also argues that Germany’s housing shortage problems are likely to lessen in the not-too-distant future. The authors estimate that the need for new housing will decrease to around 260.000 per year by 2025 and to 246.000 by 2030. The main reason for this is an expected decline in immigration.