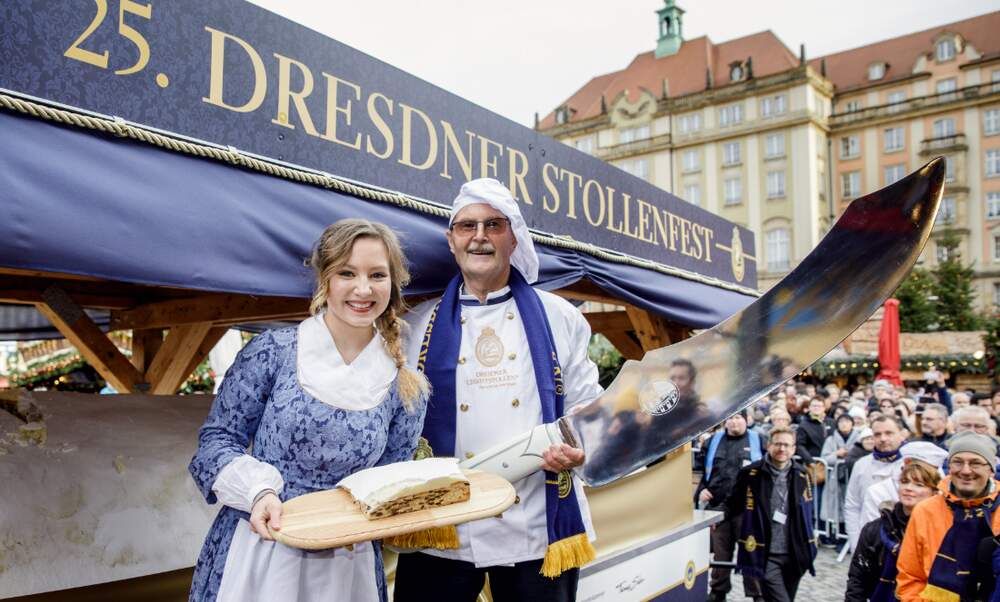 A Christmas cake so special, it has its very own festival! Every year hundreds of bakers and pastry makers come together to bake a giant Christstollen, which is then paraded through the city, cut up, and sold to visitors during the annual Dresdner Stollenfest! 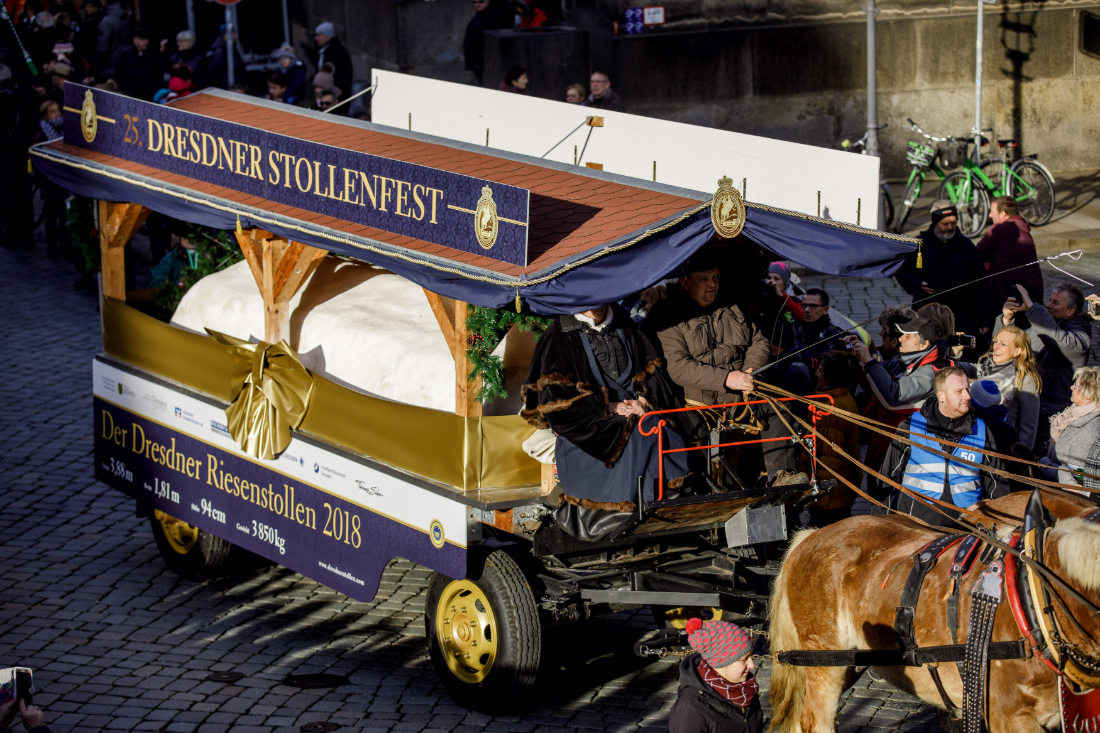 Taking place in the city since 1994, the Dresen Stollen festival celebrates the rich cultural history this festive cake has in the city. Traditionally eaten during medieval fasting, the first giant Christstollen was made and eaten in Dresden in 1730, when elector Augustus the Strong called upon the city’s bakers to make a huge Stollen for him.

Stollen is a bread-like cake that is usually eaten during Stollen season, which starts on November 1 and runs to December 31. Last year’s giant Stollen weighed 2.872 kilograms and contained more than 1.400.000 raisins! This year’s Christstollen will be grander than ever before, in honour of it being the jubilee edition of the festival. 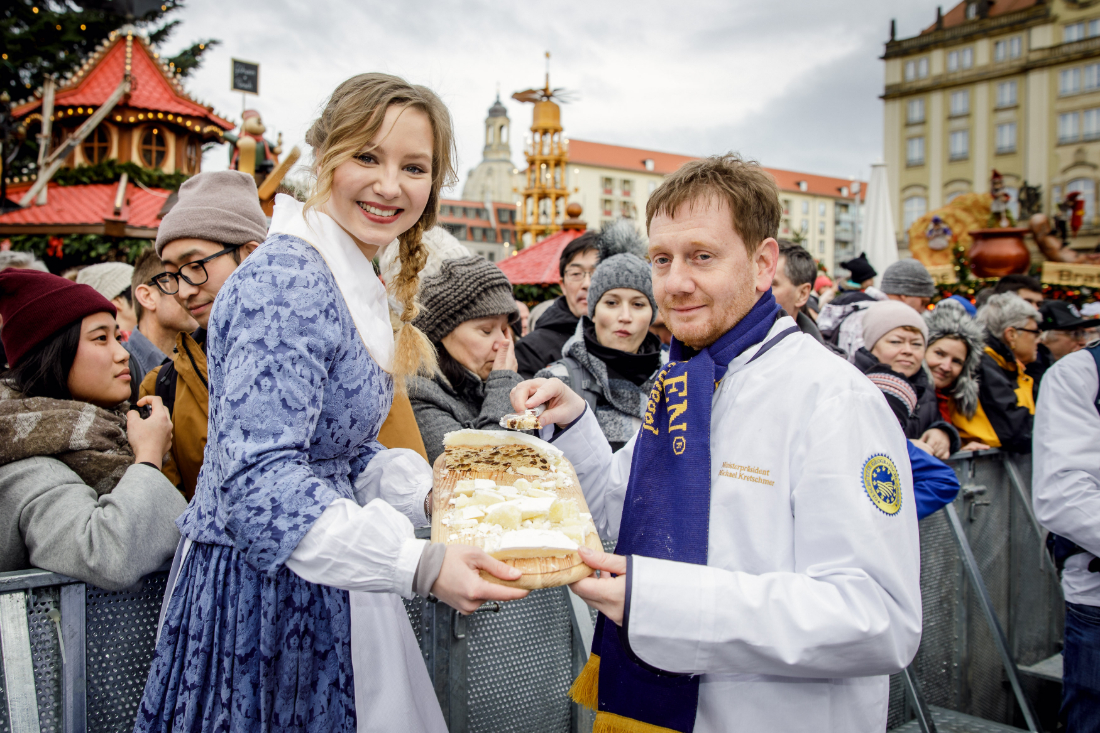 Every Dresden Christstollen is unique

During the Dresden Stollen festival, tens of thousands of visitors come from far and wide to queue up at the Christmas market in Dresden, the Striezelmarkt, and buy a piece of the traditional Christmas cake. A 500-gram piece of this special cake costs 6 euros, and the majority of the sales are donated to charity.

Prior to cutting up the Stollen, the giant cake is paraded through the city by the Dresdner Stollenmädchen, as well as the bakers and pastry makers of the Stollen Association. They are joined by marching bands, actors in historical costumes and regiments of soldiers, who make up a cheerful and colourful parade that is cheered on by tens of thousands of spectators. 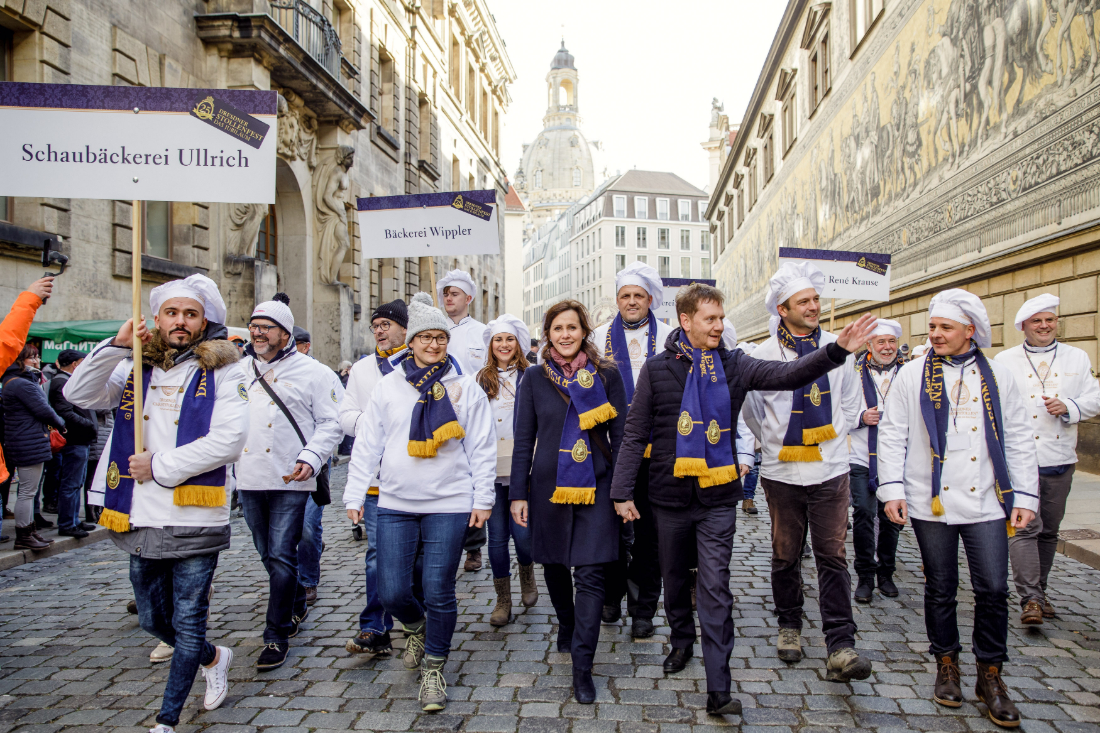 In the mood for some Christmas cake? Then don’t miss out on this very special and traditional festival. For more information on how the giant Stollen is made, directions on how to get to the Christmas market by public transport and how to bake one yourself, visit the official Dresdner Christstollen website.