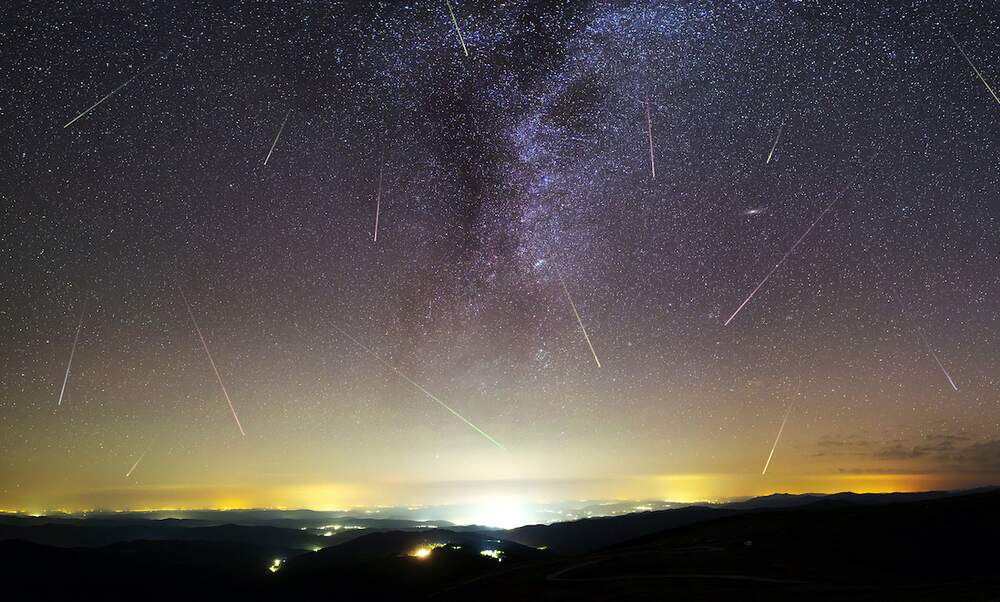 Catch the spectacular Lyrid meteor shower in Germany this week

Catch the spectacular Lyrid meteor shower in Germany this week

Space enthusiasts all around the world will be watching the skies this week, as the dazzling Lyrid meteor shower makes its return. The cosmic spectacle will reach its peak on the night of April 22.

The real source of the Lyrids is Comet C/1861 G1 Thatcher. Small particles from the comet’s orbit hit the Earth’s atmosphere at 50 kilometres per second. The particles heat up and glow, which is what causes the beautiful celestial light show.

How to watch the Lyrid meteor shower

The Lyrids are best seen on the night of April 21 and April 22. Those hoping to catch a glimpse of the shooting stars should try to find somewhere dark (while obeying social distancing regulations!) The shooting stars will appear late in the evening or after midnight, so wrap up warm and bring your thermos!

You should be able to see 20 shooting stars per hour, that’s one every three minutes!