Why are the Pennsylvania Dutch called so when they're actually German?

Why are the Pennsylvania Dutch called so when they're actually German?

Most of us have heard of the Pennsylvania Dutch community in the United States. However, it might be surprising to know that these people are not actually Dutch, but rather, descended from German immigrants. So where did this misleading name come from, who are these people, and why are they in the United States? Let’s start at the very beginning...

History of the Pennsylvania Dutch

The Pennsylvania Dutch are descendants of early German-speaking immigrants who arrived in Pennsylvania in the 1700s and 1800s to escape religious persecution in Europe. They were made of up German Reformed, Mennonite, Lutheran, Moravian and other religious groups and came from areas within the Holy Roman Empire.

Unable to freely practice their religion in their own homes, these settlers found hope in the religious freedom and economic opportunities promised by William Penn and his new land of Pennsylvania. Thus, in the 17th and 18th centuries, they left their homes in Germany’s Rhineland and Palatinate regions, as well as parts of Switzerland, and embarked on the long and uncertain journey.

However, they did not arrive empty-handed. They brought along parts of the homes they left behind, in the form of language – a number of German dialects that have now merged and evolved into a unique language known as Pennsilfaanisch Deitsch (Pennsylvania Dutch) – and their culture.

Many of these settlers believed in the need for a conservative lifestyle, without modern accoutrements and comfort. The most famous groups who still adhere to those beliefs are the Amish and the Mennonites. 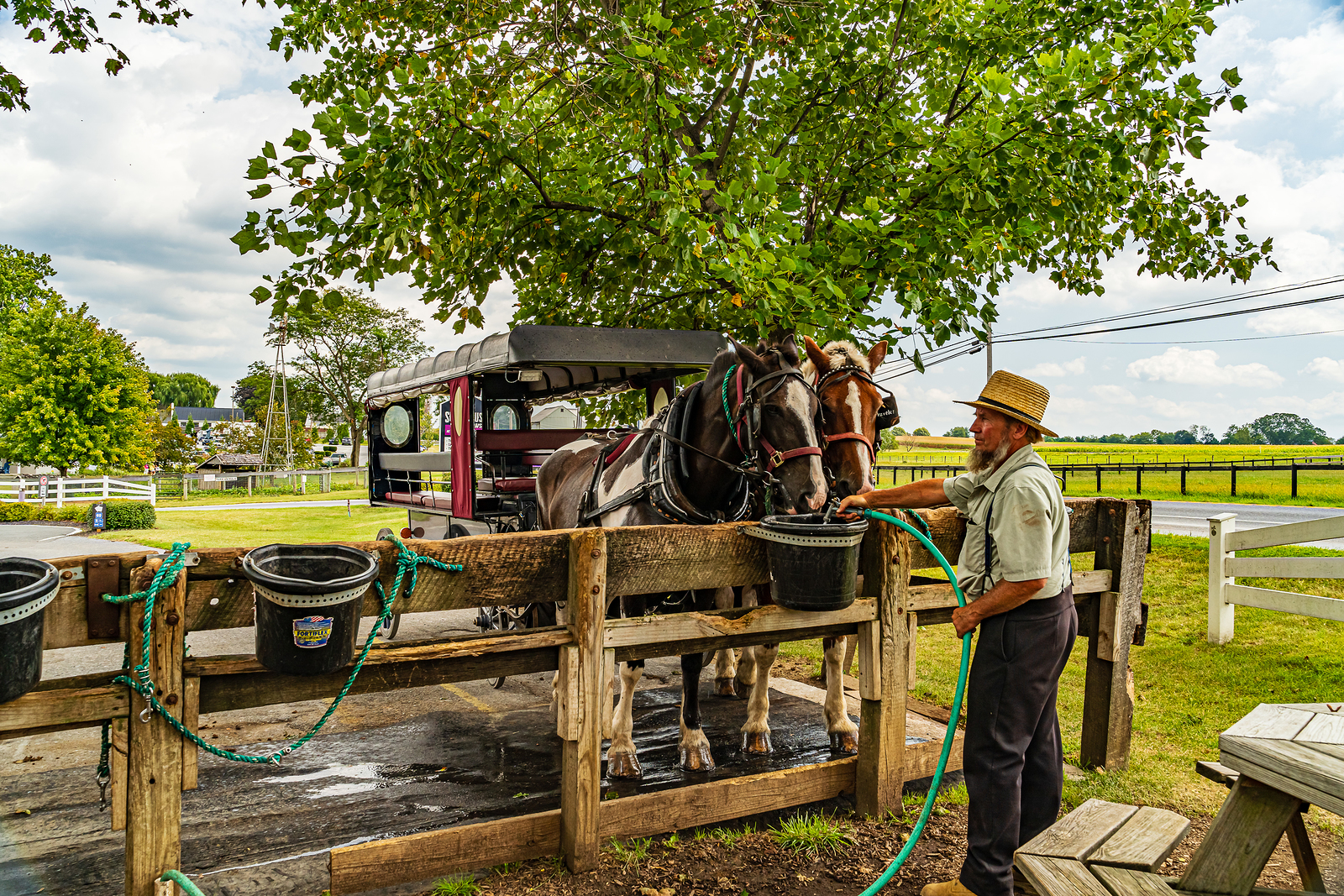 Why are they called Pennsylvania Dutch if they’re actually German?

Clearly, therefore, the Pennsylvania Dutch have nothing to do with the Netherlands. So where did the misleading name come from?

It might seem logical to think that this might be due to a simple mistranslation or a butchering of the word Deutsch (German) by the English-speaking Pennsylvanians. However, the real explanation apparently lies in the original use of the word "Dutch" in the English language.

In 18th and 19th century English, the word "Dutch" was used to refer to the broad Germanic region, encompassing modern-day Netherlands, Germany, Belgium, Austria and Switzerland, and so could quite appropriately refer to these settlers in Pennsylvania.

The Pennsylvania Dutch (or German) language

Pennsilfaanisch Deitsch or Deitsch for short, is, as we know, a unique German dialect. Like most languages that historically underwent an immigration, it developed its own unique inflections, sounds and pronunciations that made it different from its language of origin.

Despite journeying halfway around the world, however, the Pennsylvania Dutch community – through their strict rules and eagerness to preserve their language and culture – have not only managed to maintain their language (which is uncommon for the descendants of immigrant groups in the United States), but also maintain much of its similarity to the German language.

In fact, speakers of standard German can for the most part, understand and communicate with speakers of Pennsylvania Dutch.

Values, beliefs and culture of the Pennsylvania Dutch

As we know, the Pennsylvania Dutch people comprise various groups and sects, varying in their values, beliefs and religion – from strict followers of the Old Order that limit themselves to a simple, traditional lifestyle, to the more contemporary groups, who have now mostly assimilated into the modern American society.

The most well-known of the "Old Order" are the Amish, who are a group of Anabaptists, similar to the Mennonites and the Brethren. The Anabaptist religions promote a simple, traditional lifestyle, without the influence of modern technology, based on the same simplicity of faith practised by the early Christian Church. These groups are fittingly referred to as the “plain people” or “plain Dutch”, in contrast to the other groups known as “fancy Dutch”.

For the Amish, family and a close-knit community structure is of utmost importance, and they are thus averse to anything that they feel could come in the way of that. Most wear handmade, traditional clothing, and no jewellery. Unmarried men are usually clean-shaven, while married men are distinguished by their beards. Some Amish people even forgo things such as electricity, indoor plumbing, and even education beyond the 8th grade - but each community has its own rules on dress, hair length, buggy styles and farming techniques. 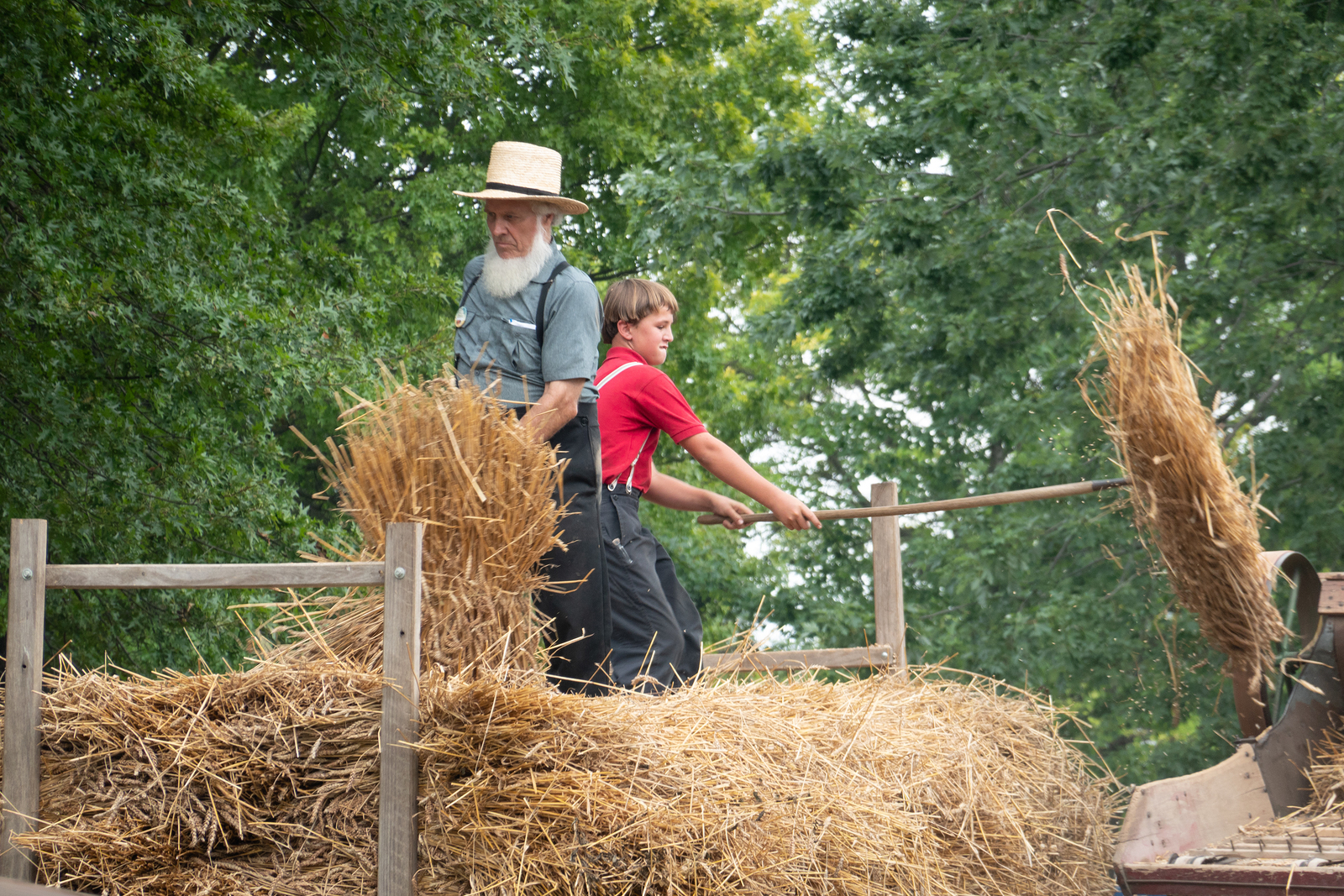 The Pennsylvania Dutch language was in danger of extinction in the period after the Second World War. At the time, speaking German did not earn you any favours in America, and the language began to die out in favour of English, except in the Plain communities consisting of Old Order Amish and Mennonites.

Today, the majority of Deitsch speakers are Amish (300.000 out of the 400.000 in the Pennsylvania Dutch community). They, along with other speakers, have ensured – through their traditional lifestyles, and minimal contact with the outside world – the survival of this unique language for centuries.

Thus, the future for this language is bright. With numbers doubling every 20 years due to high birth rates and low attrition rates, Pennsylvania Dutch is the fastest growing small-minority language in the United States. With speakers growing exponentially without any official support, it seems that, as long as the Plain community keeps thriving, so will the Pennsylvania Dutch language.