What to look out for in German employment contracts

If you are offered a job in Germany, you’ll be sent a contract to check over. But before you sign on the dotted line, there are a few things you should consider and make sure you understand. Jean-Baptiste Abel, an employment law specialist from JBA.legal, explains what to look out for in your German employment contract.

Your application was successful and you’ve reached an agreement with your new employer. Congratulations! But before you can start working at your new job, you will need an employment contract. This article will show you what to look out for when signing an employment contract and how to avoid any unpleasant surprises.

German law does not prescribe any form of an employment contract. It can therefore be concluded verbally, with a handshake or a friendly smile. However, in the event of a dispute in the employment relationship, these kinds of oral contracts make it difficult to prove exactly what you and your employer agreed upon.

If your employment contract is subject to German law, it will usually be written in German. However, this is not mandatory: your contract can also be written in English or in a bilingual version. If the contract is written in two languages, the German version will be used as the reference in case of questions of interpretation.

Never sign a contract you do not fully understand

As with all contracts, I recommend that you do not sign anything that you do not understand in its entirety. This is especially important for employment contracts, which do not just govern a one-time transaction, but set the rules for a long-term working relationship.

By signing the contract, you are confirming that you agree to it. So read the contract in its entirety and look for any parts you don't understand. This is when you might realise that German is, after all, Franz Kafka’s mother tongue. Ask any questions you may have beforehand. Once you have signed the contract, you will not be able to claim that you did not understand what you signed.

In most cases, your employer will have presented you with a contract text that has been pre-drafted in almost all of its terms, and you will probably only have negotiated a few of them from time to time.

The law has recognised the danger of this imbalance in negotiations. If the employment contract contains clauses that excessively disadvantage you as an employee, they are null. This means that you do not have to challenge and renegotiate an invalid clause as soon as the contract is concluded. Even afterwards, you can invoke the fact that the legal regulations apply.

When considering the contract, it is recommended that you especially focus on the following clauses:

Pay attention to the information about working hours. When does your work time begin and end? Does your employer have the right to ask you to work overtime without your consent? If so, how much? Is overtime paid or is it compensated by time off?

Often, the employment contract provides that a certain amount of overtime is already compensated by the basic salary. Beware: These clauses are often invalid.

Inability to work and illness

Familiarise yourself with the guidelines that you must follow if you become ill and cannot work. After the first month of work, you have a legal right to sick pay for - roughly - six weeks per event of illness.

The employment contract cannot deviate from this rule to your detriment, but the steps to be taken may differ from company to company. Make sure you know who needs to be notified and when you need to present a doctor’s note.

Under an employment contract, you are entitled to at least four weeks of vacation per year. If you work five days a week, your leave is at least 20 days. If you work part-time, your minimum leave is reduced accordingly. In practice, most employers provide additional leave. In Germany, six weeks of leave is considered almost standard.

In recent years, the European Court of Justice and the Federal Labour Court have issued conflicting rulings on leave. As a result, leave clauses in employment contracts have become increasingly numerous and complicated. The general rule is: take your leave in the same year if possible. Leave that could not be taken within the year is usually lost, but there are countless exceptions.

Familiarise yourself with notice periods. In general, there is a trial period during the first six months of the employment relationship, during which the employment contract can be terminated at short notice (usually two weeks, sometimes one month) without giving any reason. This right to terminate the contract is both yours and your employer's.

Termination can only be made in wet ink writing. A dismissal yelled across the office should therefore not scare you (neither should a termination by e-mail or WhatsApp, for that matter). This rule also applies to you: should you wish to leave your job, you need to inform your employer in writing.

Often, foreclosure periods also provide a time limit for filing a lawsuit in employment court if the employer refuses to enforce your rights. Therefore, if your employer is not paying you wages, do not wait too long to assert your rights.

Assert your legal rights as an employee

By following these tips, you will be well prepared to start a new stage in your professional life.

You can find example letters of resignation or request wages due to you in the downloads section of the JBA.legal website. For an in-depth discussion of your employment contract and other advice, you can contact Jean-Baptiste directly. 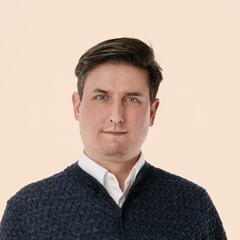 Jean-Baptiste started his own legal practice in Berlin in 2019. After a career in political advocacy in labor law - including as an expert witness in the German Bundestag -...