As language learners, we’ve all been known to get our words in a muddle. But it’s only by making mistakes and learning from them that we improve our German! Carmen Maria Beck from Wortland walks us through some of the most common mistakes beginners make in German - and how to avoid them.

It’s perfectly understandable that non-native speakers sometimes make mistakes when they’re talking in German. They use words quite innocently, without knowing that they actually have a completely different meaning. But don’t worry - making such mistakes only improves your German! Here are seven common mistakes in German that beginners make unwittingly.

This is one of the most common mistakes in German that beginners make when they want to say that they are bored. What they don’t know, however, is that they are instead saying that it is they who are boring, rather than the situation. Next time, kindly say “Ich langweile mich”, “Ich bin gelangweilt”, or “Mir ist langweilig” to imply “I am bored.” It will save you the embarrassment.

Sometimes you want to wish your German friends a good night. Yet you might be surprised when they laugh at your statement. If you say “Gute Nackt” next time, you should know that it actually means “Good naked”. The correct word is “Gute Nacht.” Don’t replace the German’s –ch with a –k sound because it will give a different impression.

When telling time in German, you might be confused about whether to say “half” to or past a particular time. Unlike in English, in which the half always comes “past” the hour, in German it is said to be “to” the following hour. Thus “Es ist halb vier” means, “It’s half past three.”

Saying “meine Freundin” / “mein Freund” to mean “my friend” can lead to misunderstandings. What non-native speakers might not know is that these words not only mean “my friend” but also “my girlfriend” / ”my boyfriend”. If you want to avoid misunderstandings, you can introduce your friend with “eine Freundin von mir” / “ein Freund von mir” which stands for “a friend of mine”. On the other hand, if you are romantically involved with them, you can say “meine Partnerin” / “mein Partner”.

Putting grammatically correct German sentences together can be a bit tricky for beginners. While simple sentences in German (and English!) are structured in the order of subject, verb, object (“Ich habe Spaß” = “I am having fun”), the structure differs for more complex sentences. For example, when starting a sentence with an adverb like “today”, the German sentence structure changes. The correct sentence would be “Heute habe ich Glück” (Adverb, verb, subject, object). This might be a bit tricky at the beginning, as in English, the sentence structure doesn’t change: “Today, I am lucky.”

Changing -ie to -ei can change the meaning of the word completely. You might think that you are referring to a penalty kick, but you’re actually talking about poop. The correct phrase is “elf Meter schießen.” To get the pronunciation right, keep in mind that in German i is pronounced like the English e, the German e is pronounced quite differently.

Avoid these common mistakes and communicate confidently in German with a course at WORTLAND! Founded in 2000, WORTLAND offers a wide range of high-quality language and communication training with more than 70 freelance language trainers, translators, interpreters and coaches. 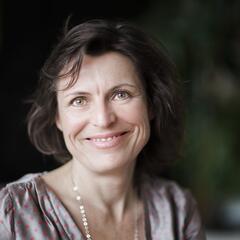 • Owner of WORTLAND since 2007; Director since 2015 • Masters in “German Linguistics” with an emphasis on German as a Foreign Language • More than 20 years of teaching experience with Expats, their spouses...