Even US citizens who live abroad have to file their taxes. The process can be complicated, so to help Nathalie Goldstein from MyExpatTaxes has put together this list of useful facts and tips.

You’ve probably heard the phrase, “The only things certain in life are death and taxes.” For American expats, it’s especially true. Not even living outside the US can spare them from the obligation to file taxes. We know the process is complicated, so we’ve put together this list of nine essential facts to know about filing your US taxes as an expat.

1. There is a good chance you won’t owe any US taxes

If you’re a US citizen living outside the United States, you must file a tax return every year, just like any other American - unless you fall under the minimum income threshold. The good news is, there are several opportunities for exemptions or deductions that can spare expats from actually owing money on their annual US tax return.

In 2022, The Foreign Earned Income Exclusion (FEIE) allows qualifying Americans living overseas to exclude up to 108.700 dollars of income earned outside of the US on their 2021 tax return. Alternatively, as an American expat you can claim the Foreign Tax Credit (FTC) - which allows you to write off income taxes paid to other nations.

There are even more expat-friendly tax reductions, such as the Foreign Housing Exclusion, which allows Americans abroad to write off expenses associated with housing costs in the United States. International Tax Treaties can also be used for those savvy with US Taxes to exempt certain income from US Taxation.

2. You may qualify for a tax refund via the Additional Child Tax Credit

If you have children, you could even qualify for a tax refund. In 2022, parents living overseas whose children have an American social security number can claim up to 3.000 dollars per child on their 2021 tax return. However, keep in mind the 3.000-dollar amount is only for those who have maintained a residence in the US for more than half the year in 2021.

If you were an expat for the full year, don’t worry - you can still get a refund, just not the full 3.000 dollars!

3. US expats receive an automatic extension

That’s right - an automatic extension. You don’t have to do a thing - it’s automatic. The standard tax deadline of April 15 is automatically extended by two months for Americans outside the country. That means you’ve got until June 15 to crunch those numbers.

Need more time? No problem. Just file an additional extension request, and you can have until October 15 to turn in your tax return.

Of course, make sure you read the fine print with the IRS. Any extension is ONLY for filing, not paying taxes. If you owe taxes, you still need to pay by the regular deadline to avoid interest and any late payment fees.

4. There is a simple way to catch up if you have failed to file in the past

So, you didn’t know you needed to file US taxes when living abroad? You’re in luck. The IRS has come up with a way for you to get caught up on your taxes without penalizing you.

The program is known as the Streamline Procedure. It allows expats who didn’t think they needed to file US taxes to report past income and assets. Best of all, you can get caught up without any penalties.

This procedure can be a bit pricey and complex, which is why MyExpatTaxes is the only tax software in the world that can help you become completely tax compliant with this amnesty procedure in a matter of hours for an affordable fee.

5. You may need to file an FBAR

FBAR, short for Foreign Bank Account Report, is an additional report that Americans need to file if they have had 10.000 US dollars or more in foreign accounts at any time throughout the year. Whether you have one foreign account or several, as long as the total sum of those accounts reaches the 10.000-dollar limit, you will need to report ALL accounts.

What kind of foreign accounts exactly? Be sure to include any foreign savings, checking, pension, and investment accounts. It’s also important to remember to include any account you have control or signature authority over - even if the account isn’t in your name.

6. Your foreign business also needs to be reported

If you own a foreign registered LLC or Corporation, you are also responsible for reporting those interests as well.

Foreign businesses can be tricky to report and there are a few elections you may need to make at incorporation. For example, Form 8832 might be useful for those that want to elect to make their Foreign Corporation or Partnership disregarded.

When an American owns more than 10 percent of that corporation, they may have to report it via Form 5471. Watch out, because if you own more than 50 percent of a foreign corporation, you’ll need to make sure you report your Foreign Business as effectively as possible to avoid double taxation.

7. You may need to file state taxes

Unless you’ve managed to convince your last state of residence that you now have left the country, you may still be on the hook for state taxes. Virginia, California, New Mexico, and South Carolina are the four states toughest on expats. Anyone who still owns property or is registered to vote in their previous state should be sure to confirm whether or not they are required to file. Even expats with dependents still in the state need to check their state’s filing obligations.

Former residents of Alaska, Florida, Nevada, South Dakota, Texas, Washington, or Wyoming can consider themselves lucky. They never had a state income tax, even before moving abroad.

8. You may need to limit travel to the US to 35 days or less

If you plan to travel to the US and normally claim the Foreign Earned Income Exclusion using the Physical Presence Test, you’ll need to have a good overview of your travel time. The IRS believes that you are considered an expat and can exclude your income if you spend less than 35 days per year in the US.

If you’re not planning to use the FEIE or you qualify as a Bona Fide Resident, then there are no such travel restrictions.

9. Some expats may qualify for a fourth stimulus check

Did you know a fourth round of stimulus checks are going out to some Americans in 2022? Before you get too excited, know that it’s not necessarily a new round, but rather a new way to claim the Economic Impact 3 Payments of 1.400 dollars per taxpayer and qualifying dependent.

So if you had a baby in 2021, you could be eligible to receive up to 1.400 dollars. Similar to last time, income thresholds do apply. Once again, they are 150.000 dollars for married couples and 75.000 dollars for single filers.

Are things starting to sound complicated? Don’t fear. MyExpatTaxes has created a unique tax filing system that makes things easy for overseas Americans. If you need help filing or amending your tax returns, advice on receiving stimulus checks, or just have questions about expat taxes, they are on hand to help.

Get help with your US expat tax return from MyExpatTaxes 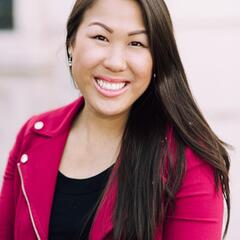 As an American living in Austria, Nathalie, Enrolled Agent, experienced first-hand the complexities of filing U.S taxes from abroad. Viewing this problem as an opportunity, she joined forces with technical...