A guide to inheritance and probate in Germany

German inheritance law is a complex legal field, made even more challenging in cases involving testators with assets and property abroad. Negotiating complicated matters such as statutory succession, communities of heirs, compulsory inheritance shares, and even drawing up wills, is more straightforward with expert legal assistance. In this article, Schlun & Elseven Rechtsanwälte outline some aspects of German inheritance law that you need to be aware of.

Under German law, the testator can determine who will succeed them in their will. However, while they have a significant degree of freedom in stating who their heirs will be, testators do not have complete control over the process.

Designing a will allows the testator to control how their assets and property should be divided following their death. Wills allow the testator to designate non-relatives as their heirs and permit them to provide specifically for specific assets or properties, as long as the requirements of the compulsory share are followed (more on this later).

The safest form of will in Germany is the notarial will. The notarial will involves the individual consulting with a legal professional who is well-versed in German inheritance law to draw up the will. These professionals ensure that the testament follows the legal requirements under German law. Not doing so may risk the inheritance not being carried out as the testator had desired.

Suppose your will has been designed abroad and concerns assets or properties based abroad. In that case, it is also worth consulting with a German inheritance lawyer as some unintended consequences could arise. There can be grey areas surrounding the citizenship and residency status of the individual, which may result in German inheritance law applying after their death, even if the individual has not intended for it.

This does not mean that the individual needs to create a second German will, but they should consult with a lawyer to ensure that their testament will be carried out as they intended it to be.

Should a person die without creating a will, the concept of statutory succession stipulates that it is their nearest relatives who will be considered direct heirs. Children and grandchildren are the most immediate relatives, while parents, siblings and nieces or nephews belong to the so-called “second group of heirs”. Uncles, aunts, cousins and more distant relatives are put in a third group.

The deceased’s spouse’s entitlements will depend on which group has inherited. If there are heirs within the first category (children or grandchildren), the deceased’s spouse will be entitled to a quarter of the inheritance. However, if the entitlement has passed into the second group, the spouse may be entitled to half of the estate. It should be noted that the presence of a prenuptial agreement (or the lack thereof) will also have a significant influence on the spouse’s inheritance rights under German law.

A testator cannot write the members of this group out of their will, and they cannot reduce their share of the inheritance to below the legal minimum unless there are serious reasons for doing so. Serious reasons, in this case, refer to criminal actions such as attempts on the testator’s life or the life of the testator’s spouse, imprisonment due to serious criminal offences, and detention in a psychiatric facility due to a criminal offence. A complicated familial relationship is not a good enough reason to disinherit family members in the direct family line.

Adoption and its impact on German inheritance law

However, it is essential to note that adopted children do not possess the same statutory rights when it comes to their natural parents. Their birth parents have the right to include them in their will and allow them to inherit in this manner, but their biological children do not automatically gain the right to a compulsory share of their inheritance.

Another aspect of adoption law and German inheritance law which may be of interest is the adoption of adults and its impact on inheritance. Not all adoptions consist of parents adopting young children, as adopting an adult is seen as a means of reducing the amount of inheritance tax that the non-family member heir needs to pay. Direct relatives (including adopted children / adults) receive a greater tax allowance than non-relatives, making this method attractive for people with assets or property who do not have children to pass them on to following their death.

However, for this to work, the adoption of an adult needs to be seen as “morally justified” due to a close link between the adopting adult and the person they intend to adopt. The courts may rule against it if it is believed that financial motivation was the primary reason for the adoption. Proving that the tax situation was not the primary motivation can be challenging to establish. Consulting with an expert in German inheritance law will ensure that you are familiar with the requirements and expectations in such cases.

The community of heirs (Erbengemeinschaft)

The “community of heirs” is a scenario that arises when more than one heir is left with specific assets or property. The community of heirs are jointly entitled to the estate and, therefore, none of them is entitled to the assets individually. The co-heirs need to make decisions on the assets and property as a group. This means of overseeing an inheritance often leads to conflicts between the heirs involved due to differing goals and desires regarding the estate.

The community of heirs is a complex situation to find yourself in as an heir. Often, individuals decide that the other co-heirs can buy their share of the estate and thus leave the group. However, if you decide to continue within the group, it is crucial to work as productively and amicably as possible with the other co-heirs to resolve the issues within the estate.

Identifying all the other co-heirs, getting a comprehensive overview of the inheritance, fulfilling the bureaucratic requirements and consulting with the necessary authorities (including the tax office) are key aspects to negotiating the community of heirs scenario.

Rejecting an inheritance in Germany

German law allows for the rejection of an inheritance. Rejecting an inheritance should be considered when the estate is over-indebted, and there is no advantage to be gained from the role as heir. Individuals should consult with professional legal counsel from a qualified German inheritance lawyer in such cases, to determine whether the rejection is in their best interests.

If a rejection does take place, the heir acts effectively to disclaim the inheritance within six weeks of becoming aware of it. Under the § 1943 German Civil Code, the heir cannot refuse an inheritance if they have legally accepted it or if the refusal period has expired.

Inheritance cases with an international connection include those where a German citizen has died abroad, where a foreign citizen has died in Germany, and cases involving property or other assets in other countries.

The EU Regulation on the matter outlines that the main connecting factor is the last habitual residence at the time of death. This last place of residence should determine both the internationally competent court and the applicable law of succession. The aim is to settle the entire succession under the same law in the state with which the deceased had the closest connection at the time of death.

However, this is not always possible to resolve straightforwardly. Such regulations do not easily resolve issues involving parties based outside of the EU and cases involving property and assets in different EU countries. Conflicts can quickly arise over which legal basis should be followed. For this reason, it is strongly advisable to consult with a legal professional in advance of preparing a will or final testament.

If you find yourself in need of reliable legal advice in German inheritance law, then look no further than Schlun & Elseven Rechtsanwälte. Their English-speaking lawyers will ensure that you are fully aware of your legal rights and responsibilities and assist you throughout the process. Contact them today for a more personalised service.

Get in touch with Schlun & Elseven today 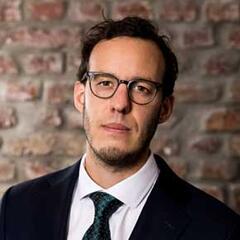 Aykut Elseven is a lawyer and partner at Schlun & Elseven. He advises and represents clients in Germany, Europe and worldwide as an expert in immigration and extradition law. In...