If you’ve ever worked in Germany, you’ll have paid into a German pension. But if you plan on leaving the country, don’t worry, those contributions aren’t lost forever! Fundsback explains how you can get your money back: either as a lump sum refund, or a regular pension benefit.

Everyone who works as an employee in Germany waits eagerly every month for their pay slip. When it arrives, most of us simply glance at the net wage, the amount that ends up in our bank account.

However, a second look – at the gross salary and the deductions that are made automatically each month – is also worthwhile. It’s here that you will find the deduction item “social security contributions” (Sozialversicherungsbeiträge).

This includes a whole bundle of statutory compulsory insurance schemes, the biggest of which is statutory old age pension insurance. In Germany, this is known as “Rentenversicherung” and this is what this article is all about.

Currently, 9,3% of the gross salary of every employee in Germany – including expats – is automatically withheld each month and paid into a personal pension account at the German Pension Insurance Fund (Deutsche Rentenvericherung).

Over time, these contributions build up. So that, fast forward 40 years or so, by the time the employee hits retirement age (currently 65 years and seven months but rising to 66 in 2023), a nice amount has accumulated. It is then possible to draw an old-age pension.

Your exact pension benefit is calculated using a complicated formula that takes into account your age, the number of years worked, and your average salary over your working life. With a gross monthly salary of, for example, 5.000 euros and a 6-year period of employment in Germany, you would receive a pension of approximately 140 euros per month.

But what if you don’t plan on living in Germany forever? If you’re not sticking around, don’t worry – your contributions are not lost! There are two options open to you: drawing your German pension abroad, or claiming a refund.

Germany also pays regular pension benefits to expats who have returned to their home countries – no matter where in the world they are – directly into their bank accounts.

However, this is subject to the fulfilment of the so-called “waiting period” of five years. This means that you must have worked in Germany for at least five years in order to be able to draw a German pension.

It is however possible to credit periods of employment abroad, including in your home country, against these five years. Therefore, expats who have worked in Germany for fewer than five years are in many cases also entitled to receive an old-age pension benefit.

Drawing an old-age pension from Germany is very lucrative, because regular pension increases in Germany also apply to all pensions paid abroad. Pension benefits increased by 3,22% in 2018, 3,18% in 2019 and are expected to increase by a further 3,15% in 2020. Nearly 10% within two years is certainly not something to turn your nose up at!

For expats from non-EU countries, there is another option: you can apply to have the contributions you paid into your pension account reimbursed by the German Pension Insurance Fund.

Germany has a so-called social security agreement with countries like the USA, Canada, Australia, Brazil, South Korea, India, Israel, Japan, Uruguay, Chile, Morocco, Tunisia, Philippines, Moldova, Albania and Macedonia. Citizens from these countries can claim back their pension contributions if they have contributed in Germany for less than five years (60 monthly contributions).

All other nationals of non-EU countries who have returned to their country of origin also in principle have this option.

In any case, before you can apply for a refund you need to have left the European Union and not have worked in Germany for at least 24 months.

More than 5 years of contributions

If you have contributed to a German pension for more than five years, unfortunately you have no option other than waiting until retirement age to claim your pension. But, don’t despair – you should have a nice sum waiting for you. A happy surprise for your retirement!

Just don’t forget to chase your claim up with the German Pension Insurance Fund – they cannot be relied upon to be active in tracking you down.

If you are not sure whether you have made contributions to a German pension – or how much you have contributed – you can check with the German Pension Insurance Fund to find out. Fundsback’s fast and uncomplicated Pensioncheck service can make an enquiry on your behalf.

See if you're entitled to a German pension refund! 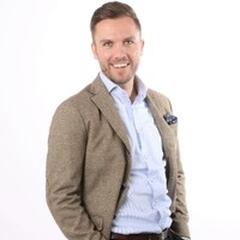