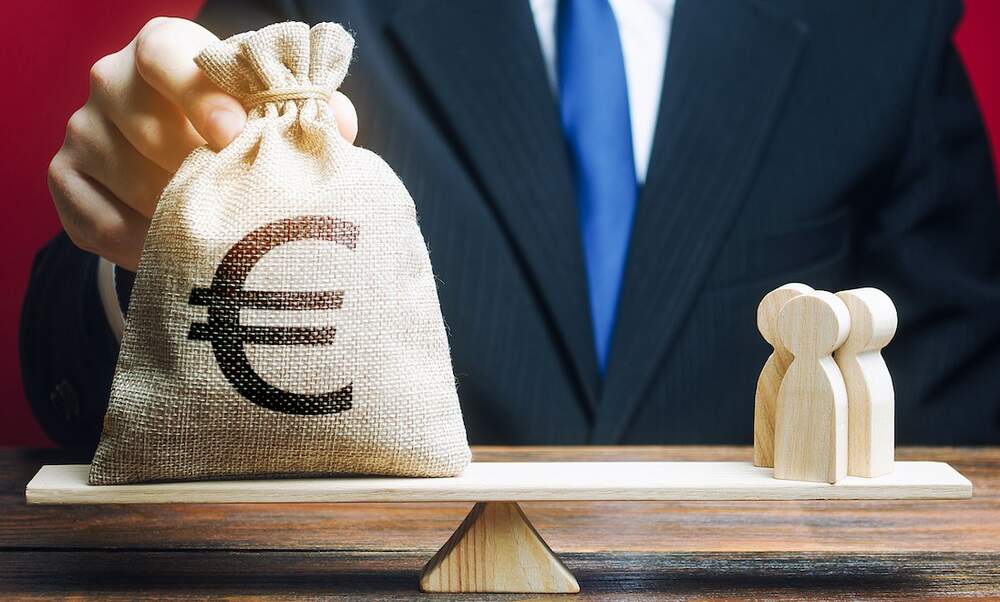 While the hourly pay gap has reduced over recent years, the difference in monthly income between the country's rich and poor has stayed the same - because working hours have been reduced since the introduction of Germany’s minimum wage.

Wages on the up in Germany

New figures released by the Federal Statistics Office (Destatis) show that hourly wages in Germany have been increasing over the past several years. From 2014 to 2018, those who earn within the lowest ten percent of wages in Germany had their average hourly income increase from 8,37 euros an hour to 9,71 euros. Similarly, the average hourly earnings of the top 10 percent rose from 29,03 euros to 31,76 euros.

According to Destatis, one reason for the reduction of the hourly wage gap is the introduction of the statutory minimum wage on January 1, 2015. By 2018, the minimum wage stood at 8,84 euros. It has increased since then and is currently at 9,35 euros.

Has the income gap changed?

According to the German Economic Institute (DIW) in Berlin, around 2,4 million workers actually take home less than minimum wage, because they are pressured into working unpaid overtime. Thus, the DIW has suggested that a new law, where companies are required to declare employee hours, needs to be put in place to supplement the statutory minimum wage.

“If the implementation of such a law were to help convert unpaid overtime into paid overtime, non-compliance with the minimum wage would probably also decline,” stated the DIW.