Some of Germany’s laws and regulations changed between 2022 and 2023, and several of them will have a direct influence on your personal finances. Seamus Wolf from financial planning fintech Horizon65 has put together this overview and explanation of the most important ones.

The savers' allowance is also increasing. This is a tax-free limit for income earned from investments, such as interest and dividends. The amount will increase from 801 euros to 1.000 euros, or from 1.602 euros to 2.000 euros for married couples who are assessed jointly. This is an increase of about 25 percent.

The basic tax-free allowance will also be raised. This is the amount of money you can earn before you have to pay income taxes. In 2023, the amount will increase from 10.347 euros to 10.908 euros. If you are married and filing jointly, this amount can be doubled.

3. No longer a limit on retirement earnings

After 2023, retirees will likely be allowed to earn an unlimited amount of money on top of their old-age pension. This change is being proposed in a draft law called the “8. SGB IV Änderungsgesetzes”, which still needs to be passed by the Bundestag and Bundesrat.

Under this reform, everyone who gets retirement money after reaching retirement age, be it the regular retirement age of 67 or the early age of 63, will be able to earn an unlimited additional amount through work without it affecting their pension benefit.

Finally, retirement benefits are expected to increase by 3,5 percent in western Germany and 4,2 percent in eastern Germany as of July 1, 2023. This will further align pension levels between the two regions. If the draft of the German government's 2022 pension insurance report is implemented, the pension value in the east will be 99,3 percent of the value in the west, reducing the historical difference.

4. Possible to invest more money through a company pension plan (bAV) in 2023

Other private pension plans will also benefit: From January, the higher social security-free subsidy amount will also apply to “Unterstützungskassen” and “Direktzusagen” in the context of deferred compensation. In these cases, too, it will increase from 282 to 292 euros per month.

Elsewhere in pension news, the "Rürup pension", or basic pension, will become fully deductible in 2023. Currently, basic pension contributions can be deducted from taxable income as special expenses along with contributions to the statutory pension insurance.

The maximum contribution amount will increase to 26.528 euros (or 53.056 euros for married couples) per year from January 2023. As part of the German government's third relief package, 100 percent of this amount is now tax-deductible, up from 94 percent in 2022. The rate was originally only supposed to increase to 96 percent in the new year.

6. Child and housing benefits increase in 2023

From January 1, 2023 the benefits for children and housing also changed. Child benefits will increase to 250 euros for each child. On top of this, more than 1 million households will now be able to apply for housing benefit from local authorities as part of the housing benefit reform. Previously, these households did not meet the necessary requirements.

7. Introduction of the new Bürgergeld

A new social programme called the “Bürgergeld” (citizen’s income) will start in January 2023. This will replace the current Hartz IV programme. Some changes that will come with the citizen's income include an increase in the standard rate for single adults to 502 euros per month, and an increase in the allowance for additional income. An education allowance is also set to be introduced.

Initially, it was planned to allow the beneficiaries to keep more savings for themselves. However, eventually the government decided that recipients should only be able to have a maximum of 40.000 euros in assets, plus 15.000 euros for each additional person in the same household. There will also still be the possibility of recipients facing financial sanctions for misconduct starting on the first day of receiving benefits.

8. Higher thresholds for midi-jobs and mini-jobs in 2023

The midi-job threshold will increase significantly on January 1, 2023. This means that employees will only have to pay full social security contributions if they earn 2.000 euros per month. On October 1, 2022, the limit had already increased from 1.300 euros to 1.600 euros.

From January, the earnings limit for mini-jobbers (under which no social security contributions have to be paid) will increase from 450 to 520 euros per month. The statutory minimum wage has also been 12 euros per hour since October 2022.

Starting January 1, those who buy or lease an electric car in Germany will still receive government subsidies, although they will decrease from a maximum of 9.000 euros to a maximum of 4.500 euros, depending on the net list price. The purchase of vehicles worth more than 45.000 euros and plug-in hybrids will no longer be subsidised. And from September, only private individuals will be able to apply; the purchase of electric cars by businesses will no longer be supported.

Wondering how to make the most of recent financial developments? Horizon65, a financial planning fintech company, is offering a complimentary consultation to IamExpat readers. The Horizon65 app can help you understand how these changes impact your plans and how you can benefit. Or, if you are considering investing in an ETF-based pension plan in Germany, Horizon65 can assist you in finding the perfect option through their pension comparison tool. 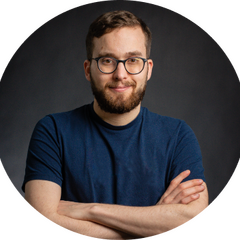 Seamus Wolf is a recognized expert in financial planning and pensions in Germany. He has specialized in retirement planning for close to a decade. As an independent expert in insurance...