Be sure in your choice: Public vs private health insurance in Germany

Make sure you have the insurance you want and need – and nothing more. Versicherungsbüro Weiss walks us through one of the most important choices expats in Germany have to make: what kind of health insurance to choose.

Moving to Germany involves many tasks, chores and challenges. As well as getting used to a new culture and speaking and understanding a new language, new arrivals quickly need to get to grips with all the laws and regulations that German bureaucracy has to offer.

What can be a difficult task, even for locals, is much more complex for expats. That health insurance is mandatory in Germany comes as a surprise to many, and that there are two parallel systems of insurance even more so.

Why are there two systems?

Public health insurance (gesetzliche Krankenversicherung or GKV) in Germany was created in the late 19th century, the brainchild of one Otto von Bismarck. Chances are, wherever in Germany might be, you’ve walked down a Bismarckstraße or travelled through a Bismarck train station. That’s the guy.

Back in the 19th century, public health insurance was designed to cover those who were employed in factories, mills, mines and other similar occupations. Gradually over time, the group of eligible persons was increased to include more and more types of workers.

But that still left out many others: the self-employed, business owners, students and public officials. So private organisations stepped into to fill the gap, and private health insurance (private Krankenversicherung or PKV) was created.

Today in Germany, 8,74 million people are fully privately insured, compared to the approximately 73 million people who are insured through one of the 110 GKV carriers (TK is the one most commonly used by expats).

Eligibility: Who can or must join which system?

Who has to join the GKV?

If you are in one of the following situations, you are almost certainly covered by the social insurance obligation and must join the GKV:

However, even if you don’t fall under one of these categories, you can still join the GKV on a voluntary basis. Most of the time, you need to have previously been a member of the GKV before you can join voluntarily.

Who can join the PKV?

If none of these apply to you, you are not eligible to join the GKV. The GKV carriers are simply not allowed to accept you. This means that anyone who does not fit into one of the above categories must be privately insured.

Additionally, employees earning above a predetermined income threshold (roughly 62.000 euros per year in 2020) and new students have the choice to opt out of the GKV and voluntarily join the PKV.

What are the differences between public and private health insurance?

Aside from the reason behind your membership, there are a number of differences between public and private health insurance in Germany. The most important differences are the premium, the way it is calculated, and the coverage.

Under the GKV system, your premium is a fixed percentage of your income (currently around 18,5 percent, depending on the carrier). Your employer covers half of your premium (9,25 percent each). If you are self-employed, you must cover the full 18,5 percent.

There are, however, minimum and maximum limits, with around 160 euros per month being the minimum premium and around 850 euros the maximum.

The PKV premium, on the other hand, is determined by your age at entry into the system, your health, and the scope of coverage you choose.

There are 80 PKV carriers offering different packages, but to give you an idea, the cheapest plan on the market costs 240 euros per month for a 25-year-old (270 euros for a 30-year-old), with a 500 euro co-payment each year.

Coverage in the GKV is tightly regulated by law. It involves a complex dance between many actors in the health system, but it ultimately boils down to a committee deciding that “treatment A is covered and treatment B is not”.

The central piece of legislation that this committee follows states that the GKV’s benefits must be sufficient, appropriate and economical.

This means that coverage is fluid and changes year to year – unfortunately, most often by striking more and more benefits.

PKV coverage is determined by a contract, signed by the insured person, which clearly states what is covered and what is not. These benefits cannot be taken away from you.

On the contrary, most PKV contracts will contain a clause that states that, as new procedures are broadly covered, your plan will be updated accordingly.

Which is the right system for me?

Most expats have no real choice: they either have or find a job and therefore join the GKV - or they are freelancers and they have to join the PKV. However, as their lives evolve in Germany, a choice often becomes necessary - and then that decision should be thoroughly thought through.

To make a rough generalisation: the GKV has the advantage that the premium is dependent on your income (if you earn little, you pay little) whereas the PKV will always cost you the same (albeit slightly annually-increasing) amount.

Which of course has a flipside: if you earn a lot, you pay a lot in the GKV, whereas a high earner in their 20s will save a lot of money joining the PKV.

PKV also generally offers better coverage (including private rooms, better dental care, faster appointments and so on) and will not get worse over the years.

Do you need help with your health insurance or other kinds of insurance? Versicherungsbüro Weiss has been helping expats navigate the complex insurance system in Germany for 25 years. All their services are completely free. Visit their website or write them an email. They’d be happy to hear from you!

Get support with your German health insurance 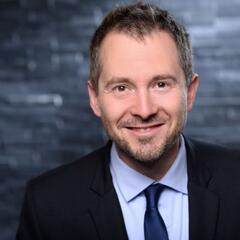 I’m Daniel, an insurance specialist at our family business that focuses on helping expats and immigrants in all things insurance. Moving to Germany as a young child, my family and...

Germany's 9-euro ticket coming June 1: What you need to know

May 2022: 9 changes affecting expats in Germany

What happens to your German pension if you move abroad?