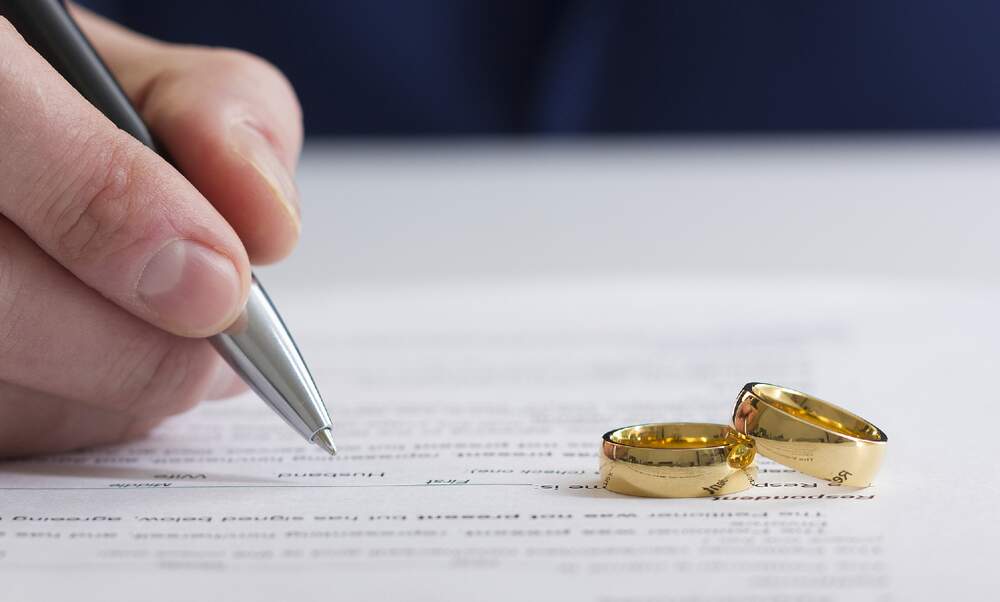 Number of divorces in Germany rises for first time since 2012

Number of divorces in Germany rises for first time since 2012

With a small increase of 0,6 percent, the number of couples getting a divorce in Germany has risen for the first time since 2012.

In total, 149.000 marriages broke up in 2019, almost 1.000 more than in the previous year. This was announced by the Federal Statististical Office (Destatis) in Wiesbaden last week. The small increase of 0,6 percent is the first time the number of divorces has gone up since 2012. For the first time ever, divorces involving same-sex couples were also recorded in the statistics. 100 broke up in 2019.

According to the statistics, the couples who divorced had been together, on average, for 14 years and 10 months. Around 17,3 percent of all the couples (26.000) had been married for at least 25 years. In 1995, the average length of marriage upon divorce was 12 years and five months. This was partly because fewer long-term couples were divorcing; back then only 10,4 percent of divorced couples had been together for 25 years or longer.

In about half of the cases, there were children that still lived in the household. In total, around 122.000 minors were affected by their parents’ divorce in 2019.

Plenty of people will probably see the statistics, consider how the coronavirus lockdown has forced couples to spend more time with each other than ever before, and put two and two together.

However, since the figures refer to 2019, the possible effects of the lockdown on relationships have not yet been taken into account. Who knows, perhaps this time next year we’ll see an even bigger increase?