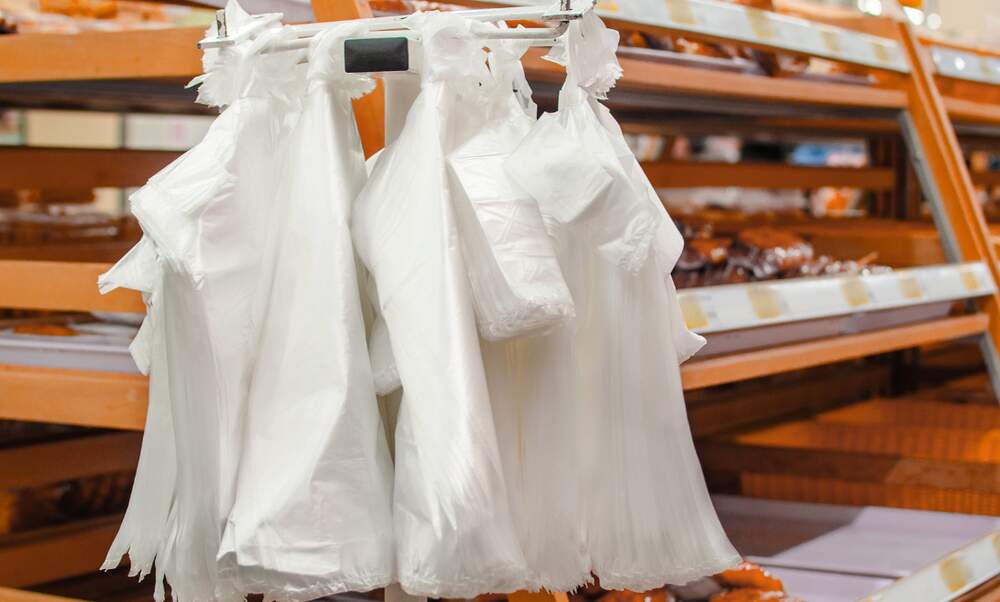 Plastic bag use in Germany has halved since 2016

Plastic bag use in Germany has halved since 2016

In 2018, the consumption of plastic bags in Germany dropped to around two billion bags. Although this is half as many as were used in 2016, the Minister for the Environment is still pressing for further action.

Gradually, the need for a plastic bag at the checkout is becoming obsolete. According to the latest figures from the Gesellschaft für Verpackungsmarktforschung (Society for Packaging Market Research - GVM), each person in Germany used an average of 24 bags each last year. That’s five fewer than in the year previously.

Overall, that means that the total number of plastic bags used fell by one-fifth to two billion. Back in 2016, consumption was still as high as 45 bags per person, meaning that plastic bag use in Germany has almost halved in the space of two years.

Crucial to this reduction was an agreement struck between Germany’s retailers and the federal government to voluntarily reduce plastic bag consumption without the need for legislation. So far, nearly 350 traders have started asking customers to pay for plastic bags. “Germans are increasingly less likely to use plastic bags,” said Federal Environment Minister Svenja Schulze. “This shows that the agreement is having the desired effect.”

However, Schulze expressed that this was “only the beginning”, as she attempts to drastically reduce plastic consumption in Germany. Her latest project is tackling plastic packaging on food products. She hopes to reach a further agreement with supermarkets to eliminate the thin plastic bags used for fruit and vegetables - which aren’t covered by the current agreement - in favour of laser labelling and reusable nets.