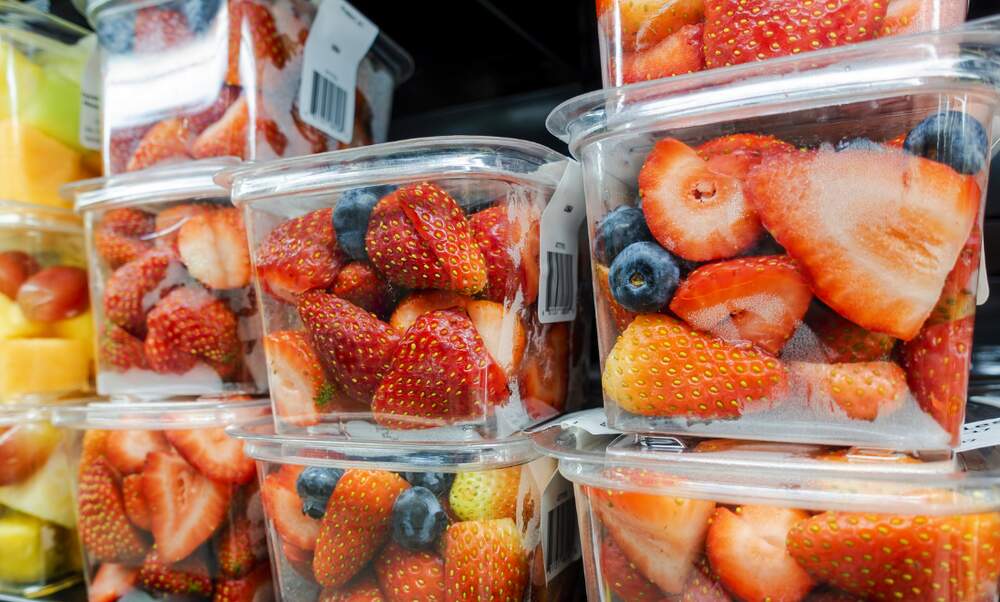 Which German supermarkets use the most plastic packaging?

Which German supermarkets use the most plastic packaging?

We’re all trying to do our bit for the environment by cutting down on single-use plastics. But German supermarkets make it extra difficult by covering their food with layer upon layer of plastic packaging. According to a new report, discounters such as Aldi, Netto and Penny are often the worst culprits. So, where can you save some cents but also ditch the plastic?

63 percent of products in German supermarkets packed in plastic

According to the European statistics office, Eurostat, every person in Germany produces around 600 kilograms of household and packaging waste each year. As plastic waste quickly becomes the environmental hot topic of the year, customers have increasingly been pushing for supermarkets to cut down on unnecessary packaging.

However, according to a new study by the Consumer Center Hamburg, the response from the retailers themselves has so far been somewhat lacklustre. Comparing the packaging on over 1.394 products from 41 different supermarket chains, they discovered that almost two-thirds of fruit and vegetables were packed in plastic. So, which supermarkets were the worst plastic offenders?

According to the Consumer Centre Hamburg’s findings, Germany’s discounter supermarkets used by far the most plastic packaging. Penny, where 81 percent of fruit and vegetables were packed in plastic, came out as the worst offender. In one branch, the figure was as high as 85 percent. At the other end of the scale, in Edeka less than half of the fruit and vegetables were packed in plastic.

Even more alarmingly, when the Consumer Centre compared prices, they found that more than half of the goods packed in plastic were actually cheaper than buying exactly the same products loose. It seems customers are being penalised for trying to help the environment! So, if you’re wanting to save some cash and be nice to Mother Nature at the same time, be sure to steer clear of these big plastic packaging offenders.

The proportion of fruits and vegetables that were packaged in plastic were as follows for these major German supermarkets: 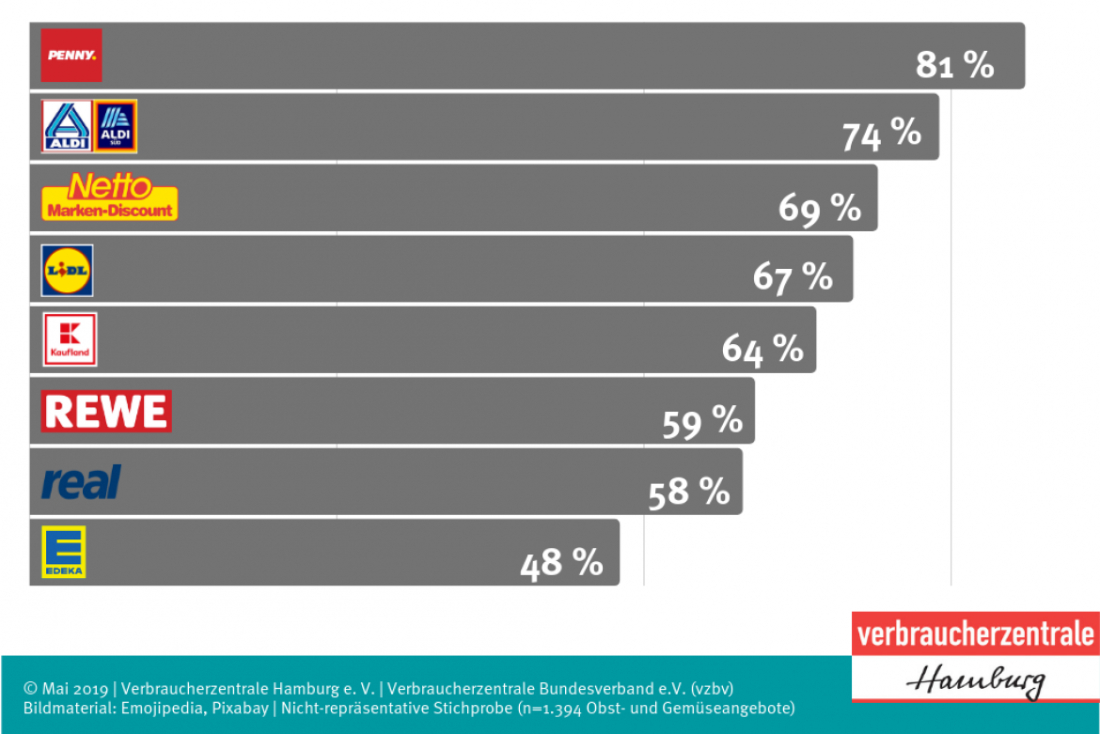