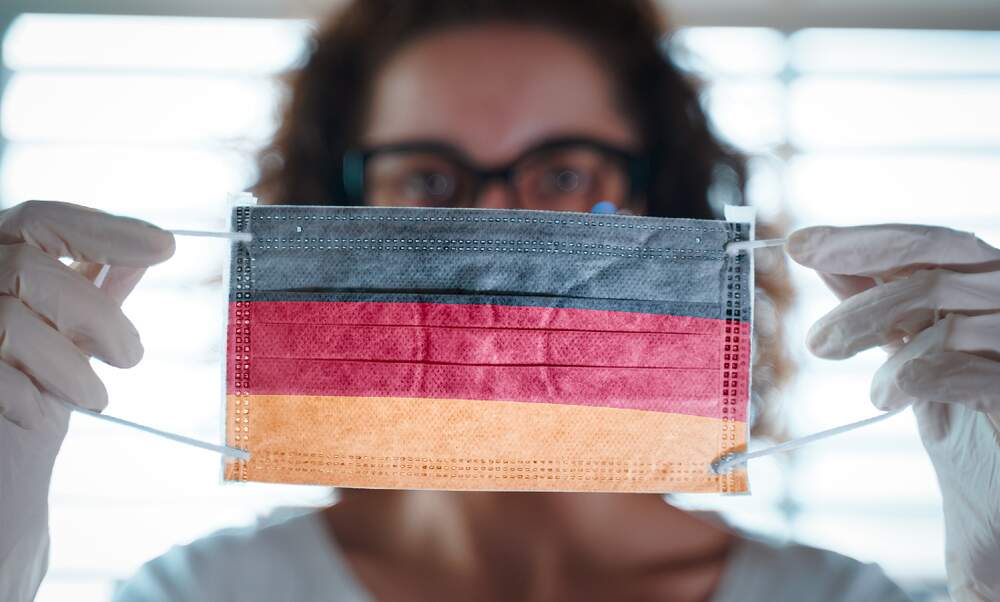 Why is the coronavirus death rate in Germany so low?

Why is the coronavirus death rate in Germany so low?

As the coronavirus pandemic continues to spread, more and more people are beginning to compare the situation in different countries and pose questions about the discrepancies such comparisons throw up. One of these questions is - why is the coronavirus death rate in Germany so low?

As it currently stands, Germany is the fifth-most affected nation worldwide, but as a country has recorded fewer deaths than New York City alone. As of Friday, March 27, 285 people in Germany had died, out of a total 47.373 cases, according to the Johns Hopkins University. That’s a mortality rate of 0,6 percent.

Compare that to the United States, where the fatality rate is currently 1,4 percent - roughly the same as in Switzerland and South Korea - the UK (4,9%), France (5,7%), Iran (7,4%) and Spain (7,6%). In China, the country furthest along its “coronavirus timeline”, around 4 percent of individuals who contracted the disease ended up succumbing to it.

In Italy, one of the worst-affected countries worldwide, there have been nearly twice as many cases as in Germany, but the mortality rate is 20 times higher. The contrast between the two countries is especially striking when you consider that they both have the highest percentage of citizens aged 65 or over - those known to be particularly vulnerable to the disease - in Europe.

Overall, Germany has the lowest mortality rate of the 10 countries most severely hit by the pandemic. So, what’s going on?

“The mortality rate is puzzling”

“To be honest, we still know too little,” says Richard Pebody, an expert from the World Health Organisation. “The mortality rate is puzzling.” Overall, he advises against comparing countries because conditions can vary enormously between different parts of the world. “It’s like comparing apples to oranges.”

Nonetheless, for weeks the same question has been posed to experts again and again: “Why, compared to other countries, are so few coronavirus patients in Germany dying?” A number of different theories have been forward to explain why the coronavirus death rate appears to be so low in the federal republic.

The simplest explanation is simply that Germany is still in the relatively early stages of its epidemic and, as time goes on, more people will succumb to coronavirus and the mortality rate will inevitably be pushed up. Pebody says, “Countries such as Italy and Spain are probably further along in the epidemic than Germany.”

Lothar Wieler, president of the Robert Koch Institute, says that he does not expect there to be a significant difference in mortality rates between Italy and Germany in the long run. Christian Drosten, a virologist at the Charité hospital in Berlin, has also warned that Germany’s mortality rate is likely to rise in the coming weeks as the healthcare system becomes more stretched, enabling more infections to slip through the cracks.

On the other hand, a number of experts believe that the major factor setting Germany apart from other countries is the work it did in the early days of the coronavirus outbreak to track, test and contain infection clusters. This gave health authorities a better idea of the size of the outbreak than those in countries where only those showing obvious symptoms or high-risk patients were tested.

According to Reinhard Busse, head of the department of healthcare management at the Technical University of Berlin, Germany did well at finding and isolating its early coronavirus cases. “That’s the major reason,” he says.

Another thing that influences mortality rates is the average age of those infected - since the disease is known to affect elderly and immunocompromised individuals the most. Some experts believe this is an explanatory factor in Germany’s low mortality rate.

The coronavirus outbreak in Germany is believed to have started with large numbers of young, fit and healthy people who returned to the country from skiing holidays in Austria and Italy. In Italy, on the other hand, the outbreak sparked initially among the country’s elderly population.

Overall, the average age of those infected in Italy appears to be much higher than in other countries, including Germany. According to population researcher Andreas Backhaus, around 40 percent of all infections in Italy are in people aged over 70.

In comparison, the Robert Koch Institute announced at the beginning of last week that only 19 percent of coronavirus patients in Germany were aged over 60. More than half were between 35 and 59.

As you can probably imagine, the number of coronavirus infections detected increases when the rate of testing increases. A lot of experts have suggested that, if more people were tested in Italy, the mortality rate would probably look very different.

From very early on in the outbreak, Germany was pursuing a very aggressive test strategy, testing everyone who had had contact with an infected person, as well as those showing only mild symptoms. “There are probably more mild cases among the total number of confirmed cases,” says WHO emergency coordinator Michael Ryan.

The guidelines have since been expanded and testing has been boosted, with the number tested jumping from 35.000 in the first week of March to 100.000 in the second, according to the National Association of Statutory Health Insurance Physicians. The country has a capacity for around 12.000 tests per day.

The graph below gives an indication of the level of testing in Germany compared to other countries worldwide.

It may, therefore, seem like Germany has a larger outbreak than other countries - but the higher death rate elsewhere implies that other countries just have more undiagnosed cases. “I assume that many young Italians are or were infected without ever being detected,” says Christian Drosten. “This explains the virus’s supposedly higher mortality rate there.”

The flip side of this argument is that, unlike in Italy, Germany does not routinely conduct post mortem testing for coronavirus. This could also perhaps explain why fewer deaths from coronavirus are being recorded. The Robert Koch Institute says that patients suspected to have been infected with the virus “can” be tested, but in Germany’s decentralised healthcare system this is not routine practice.

The final explanation is this: the better prepared hospitals are, the more lives can be saved. According to Pebody, three factors are crucial: the number of intensive care beds, sufficient protective clothing and well-trained staff in intensive care units.

Germany, in comparison, has around 28.000 beds for 80 million inhabitants - 800 per 100.000 people - and the government has vowed to double this number over the coming weeks and months.

As hospitals in Italy become increasingly overrun with patients, Germany’s have nowhere near reached full capacity. This gives them a major advantage in the fight against the coronavirus pandemic.