Natural beauty and rich local culture are two of Franconia's hallmarks: from lush landscapes to pebbled prehistoric villages, the scenery alternates in each region.

Romantic cities packed with remains of ancient glory and cultural excellence are just waiting to be experienced here. It's no surprise that Franconia is honoured with titles like Bavarian Tuscany or Franconian Switzerland by both locals or tourists.

Here's a little tour through one of the happiest places in Germany.

I have been living in the Fürther suburbs for a few years now, and every time I visit, there is something new to discover - be it weekend flea markets, old courtyards or the gothic Fachwerkhaus. It is said that Fürth has over 2.000 monuments - more than any other city in Bavaria! The city is incredibly diverse. You can see it in its boho-chic meets antique style.

Strolling through the old city gives you a chance to experience Fürth's architectural heritage: from the quirky ancient town, constructed after the Thirty Years War, to the modern city landscape of the Art Nouveau and Gründerzeit houses. Every street in Fürth's old centre seems to tell a tale.

Even the coat of arms - a three-leaf clover - is surrounded with mythical origins. Is it something to do with the city's history? Does it represent peaceful coexistence of Catholics, Protestants and Jews? Or is it perhaps just a symbol of the luck that Fürth's citizens hope for? Today, in this small but culture-rich town, Fürthers see the cloverleaf as an interconnection of technology, science, and a lot of green space.

A 15-minute train ride from Fürth will take you to Nuremberg. From being the site of several 13th-century Romanesque and Gothic churches to a castle seat during the Holy Roman Empire to the chosen city of the National Socialist regime in the 1930s, this city has seen it all! Nowadays, Nuremberg is a modern, global city, its old streets buzzing with tech startups, coworking spaces and trendy cafes.

The best way to experience the city? Grab a freshly made Nürnberger sausage bread roll and take a leisurely afternoon walk around the old city. Other regional specialities include the Elisenlebkuchen", a local gingerbread, and the "Drei im weckla", or three little sausages in a bun.

Despite being the second-biggest city in Bavaria, Nuremberg has maintained its typical small-town Franconian charm. Come December, when the world-famous Christkindlesmarkt opens, Nuremberg's old town transforms into a rustic medieval village and the brims with tourists from all over the globe.

While all eyes are on Nuremberg when the Christ child inaugurates the Christmas market, a different kind of a Christmas icon is at work at Rothenburg ob der Tauber - the “Reiterle” (a small horseback rider).

Legend holds that Reiterle was a messenger from a different world who was seen during winter, riding through town with the souls of the dead in tow. People used to be afraid of the “Reiterle,” but today adults and children look forward to him arriving at the Reiterlesmarkt with aromatic mulled wine, German Christmas cookies and good cheer.

Rothenburg ob der Tauber occupies a glorious hilltop along the Romantic Road and delights visitors with a spectacular selection of medieval and Renaissance buildings that have somehow survived the centuries wonderfully intact. The charming town boasts a web of paved roads, ancient Fachwerk houses and a phenomenal fairytale atmosphere that draws thousands of visitors each year - so stay late in the day to enjoy this magical town after the last tour buses have departed!

About 60 km north of Rothenburg ob der Tauber lies Würzburg. You know you are close when you start passing the sprawling vineyards by the Autobahn. Author Hermann Hesse once wrote about this city: "If I could choose my birthplace, I would choose Würzburg," and visitors cannot help but see why, even at first sight.

The history of this lovely mountainous city extends back to 686 AD when it was a Franconian duchy and a place of pilgrimage.

Today, this picturesque city has plenty to offer to visitors, with the Residenz being the crown jewel. Built by architect Balthasar Neumann in the 18th century, it remains one of Germany's most prominent examples of baroque architecture. Würzburg is also, coincidentally, right in the centre of the wine-producing region of the country, making it a great spot to sample local tipples at one of the many vineyards.

Bamberg is about an hour's drive from Würzburg. This charming, compact city has the honour of being designated as a UNESCO World Heritage Site and is constantly chosen as one of Germany's loveliest cities, and one of the finest locations for university students.

Every year, many tourists stroll through the narrow medieval roads of Bamberg, enjoy local cuisine at its pavement cafes and sample local beer from the countless town breweries. Alternatively, the four-spired cathedral, the Baroque residence and the ancient Rathaus (city office) on the island offer lots of surprises for those searching for historical treasures.

Although we had to pick our top five, these beautiful cities are barely the tip of the iceberg when it comes to exploring Franconia! There is so much to see and do, and we could happily make it our destination for every summer holiday!

Have you ever been to Franconia? What is your favourite Franconian city? Let us know in the comments below. 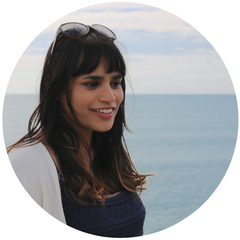 Yamini is an expat living in Germany for several years. She is a digital marketing freelancer by the day and a blogger by night. Her blog, Mademoiselle in DE, contains...