Nestled in the northwest corner of Bavaria is the region of Franconia. Well known for its beer, this region is actually made up of three individual areas. Together they are home to a total of 300 operating breweries, many of them family owned. In fact, upper Franconia has the highest density of breweries per capita in the world.

While you may have heard of Franconian breweries, what you may be less familiar with are Franconia’s Beer Kellers. Where other parts of Germany boast about beer gardens, the Franconian locals can be found – on many a summer evening – enjoying a beer or a meal at a little restaurant that sits atop an ancient cellar.

Most of these cellars are still used to store beer for the resident brewery or restaurant, while almost all the cellars have a long history of storing the ingredients to make beer and the finished product. And some of the cellars were even part of a large underground transport system.

What are beer Kellers used for?

What sets beer Kellers apart from beer gardens is that they are usually built into the hills surrounding the region’s cities and generally the seating is under the shade of the trees. Before refrigeration, brewers benefited from the cold rock and the shade of the trees overhead. Both lowered the temperature considerably in the hot summer months, allowing for cold storage of items that could spoil.

Since at least 100 years ago, people have been using Kellers not just as storage facilities, but also as places to rest, recharge and socialise. The shade of the trees became a respite from the summer sun, not just for the storage of beer but for drinkers of beer as well.

The Keller culture is informal and family-friendly. Pilgrims, bikers, hikers and families are some of the folk who turn up. Typically, there is a playground nearby for the children and most of the time, it’s acceptable to bring a picnic or snacks, as long as you purchase your beer at the Keller.

You’ll find people drinking beer before 11 am (mostly older gentlemen on weekends), if the morning is nice. This is called Frühschoppen. A lunch beer, an afternoon beer, or even coffee and cake (another German tradition) are available at most beer Kellers, and dinner time is always busy.

The bottom line: The Franconian people value – above almost all else when it comes to relaxation and enjoyment – sitting outside with a glass of beer, especially in the woods.

Some Kellers have indoor seating that allows them to stay open during the winter months, but most only have outdoor seating. It varies from Keller to Keller whether or not there is table service or self service.

Some specialise in only one type of food, while others offer only cold Brotzeit (a German deli platter with bread). Many, on the other hand, offer both hot and cold meals. Typical fare ranges from Bratwurst and French fries to smoked fish or schnitzel.

On a summer evening, there are often lights twinkling overhead and the sounds of laughter dancing from table to table. There are even a few beer Keller secrets. For example, if you’re at a Keller with table service, you can lay your beer krug on its side to indicate to the server that you’d like another. Also, keep an eye on your coaster because the underside of it is usually where your waiter keeps track of what you’ve ordered.

While casual, there is something a bit holy about sitting outdoors in the presence of friends and neighbours. The Germans have a word for this: gemütlichkeit (gem-oot-lick-kite). Loosely translated to cosiness, it is often attributed to Bavarian culture and it is in full effect at the beer Keller.

Where to find the most charming beer Kellers in Franconia

The Forchheim Kellerwald is a hot spot for beer Kellers. Built into the hill called the Kellerberg, the area is home to twenty-three different beer Kellers, which wind through the roads and paths of the hill up above Forchheim’s city centre. There is a large, 11-day festival in the Kellerwald at the end of July each year, called the Annafest, with seats for 30.000 people. Sadly, this year's  Annafest has been cancelled due to the coronavirus pandemic.

There is also a group of Kellers in a wooded area in Erlangen, where another festival called the Bergkirchweih is held each summer.

In Bamberg, the Kellers can be found above the downtown. Wilde Rose-Keller and Spezial-Keller have particularly beautiful views. A simple Google search will help you to find your way to plenty more.

For the real explorers out there, there is a 665-page book highlighting all the beer Kellers in the area (fear not, even local Franconians haven't been to every one of them). So far, I've only been able to find this book in German, but it certainly is useful in any language.

Now that Germany has begun relaxing its quarantine restrictions, the beer Kellers are staging their grand re-openings. It’s a bit later than usual with a slew of new restrictions, but nevertheless, since Monday, May 18, they have been back in business. 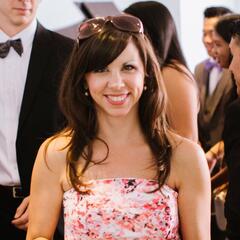 Laurie studied Ballet and English at Indiana University. After a career as a ballerina she became a horticulturist. Earning her Master&#039;s Degree from Longwood Gardens and the University of Delaware....