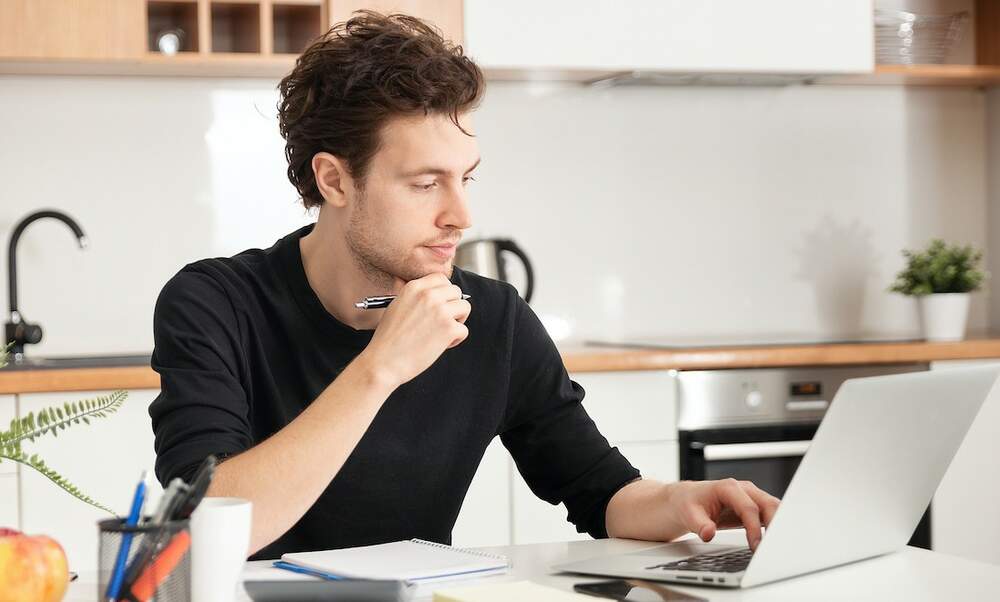 One in four people in Germany now work from home

One in four people in Germany now work from home

A recent survey has revealed that a quarter of Germans are now working from home full-time. These people are reportedly more productive in their jobs, less stressed and also help reduce negative environmental effects.

The rise of the home office

The sudden appearance of the coronavirus in Germany has had a massive effect on society in general. It has forced businesses and offices all over the country to close, meaning that many people have been forced to work from home. This is reflected in a new study by the digital association Bitkom. According to the survey of 1500 participants, a quarter of them is now working from home, amounting to roughly 10,5 million employees in the country. Another 20 percent, more than 8 million people, work from home part-time.

Bitkom estimated that a third of working professionals in Germany will choose to work from home, either full-time or partially after the pandemic has ended. Their calculations suggest that 8 percent of employees (3.2 million people) will continue to work from home full-time and 27 percent (11.5 million people) will work from home part-time. “The corona pandemic is the trigger for a profound and sustainable change in the world of work,” said Achim Berg, President of Bitkom.

The benefits of working from home

According to the respondents of the survey, working from home has had a positive effect on the majority of people, with 57 percent saying their productivity has increased since working from home. Job satisfaction rates have also risen for 43 percent of employees, with a huge 80 percent of people feel less stressed from not having to commute and 76 percent happy with the amount of time they’re saving. Overall, 59 percent of people said that they have noticed a better work-life balance in general.

A number of other advantages were also mentioned. Many were pleased with the opportunity to engage in a more health-conscience lifestyle in both exercise and nutrition. The advantages to the climate were more positive factors that were attributed to working from home. Speaking on rising numbers of people working from the home office, Berg said, “Now it has to be a question of bringing the advantages for society as a whole to the fore, such as less traffic and congestion, fewer accidents and road deaths and, last but not least, fewer environmentally harmful emissions. The home office makes a crucial contribution to climate protection. The more home offices, the better for the climate.”

However, respondents did complain of a number of disadvantages that have arisen from working from home. More than half (55 percent) were unhappy with seeing their colleagues so much less and 20 percent complained about less contact with superiors. People also experienced difficulties with separating private and professional life, as well as feeling like they were being cut off from important information.