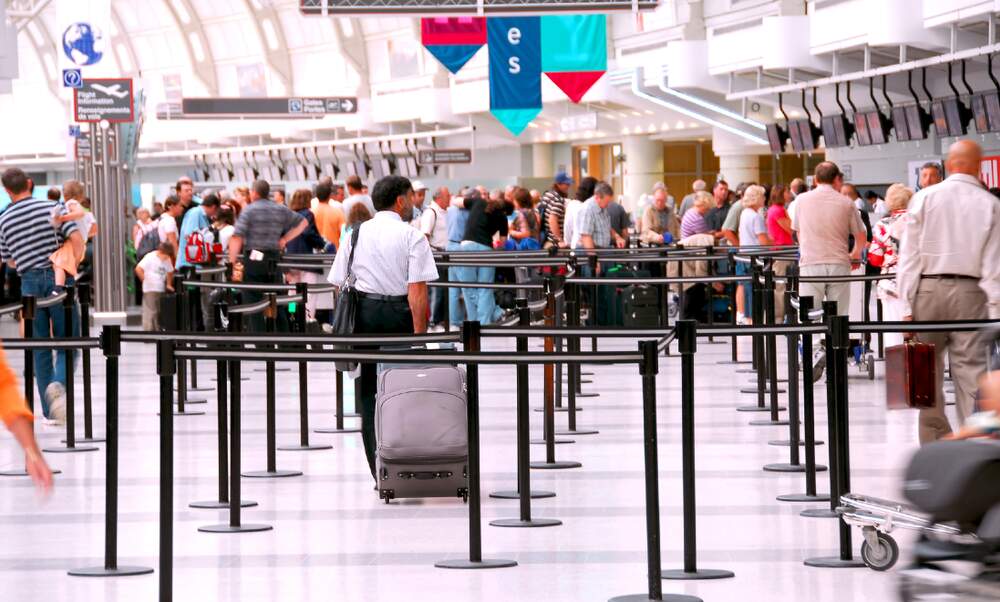 In response to the rapidly worsening coronavirus crisis, the German federal government has issued a worldwide travel warning. The call to avoid all tourist trips came just as the Robert Koch Institute (RKI) upgraded the coronavirus risk level in Germany from “moderate” to “high”.

Foreign Minister Heiko Maas announced in Berlin on Tuesday that the government was revising its travel advice in the face of the coronavirus outbreak. Up until now, they have been advising against “unnecessary trips abroad”, but this has now been tightened. “We have to prevent further Germans from becoming stranded abroad”, said Maas. “Please, stay home.”

Travel warnings are usually issued by the Federal Foreign Office to advise against travel to a certain country or region in a country. They are only given where there is an “acute danger to life”, for instance due to ongoing conflicts or terror threats.

In recent days, numerous countries have closed their borders and shut down flight connections due to the rapid spread of coronavirus. Since Germany is now considered one of the main risk countries, German travellers are particularly affected by travel restrictions.

In response to this, the Ministry of Foreign Affairs is also launching a return campaign for the thousands of Germans who are currently stuck abroad. Maas announced that 50 million euros would be made available to achieve this.

The government has closed an agreement with commercial flight providers and German airports to bring travellers back from particularly vulnerable areas, including Morocco, Egypt, the Dominican Republic, the Philippines and the Maldives. Affected travellers who wish to benefit from the “airlift” should visit the Foreign Office’s website for more information.

These announcements came just as the Robert Koch Institute confirmed that it had reclassified the risk posed to the German population by coronavirus as “high”. RKI President Lothar Wieler justified the change on the grounds of the sharp increase in the number of cases and the alarm signals coming from public health services and clinics across Europe.

The number of confirmed coronavirus cases in Germany rose to 7.232 on Tuesday morning, including 17 deaths. More people are now infected in the rest of the world than in China, and “Europe is currently the focus of the pandemic”, according to Wieler.

The RKI also said that it must be assumed that the actual number of infections in Germany is significantly higher than the number reported since many patients only experience mild symptoms. There is also an increasing number of infections that cannot be linked to known cases.

Accordingly, Wieler said that “stronger measures are needed to slow the spread of the virus” and avoid overburdening the healthcare system. In a worst-case scenario, he said that the restrictions on social contact introduced by the German government on Monday would have to remain in force for a long time, possibly up to two years.