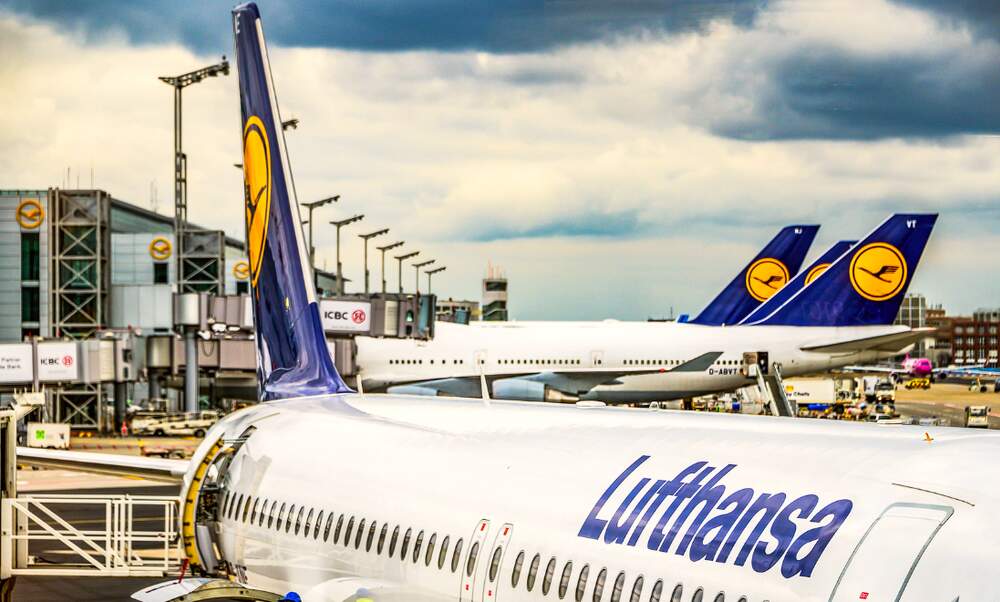 As an expat, it can sometimes feel like you spend half of your time in airports - whether that’s heading back home to visit family and friends, going on business trips or just taking a holiday.

Thankfully, residents of Germany are well-served when it comes to flying: the federal republic is home to more than thirty commercial passenger and cargo airports, most of them served by both premium and budget airlines. Most major airports also have good transport connections that link air travel with rail travel and other forms of public transportation in Germany’s largest cities.

There are a total of 36 international airports in Germany, ranging from smaller airfields only operating a few routes and airlines, to mega complexes such as Frankfurt and Munich that transport tens of millions of passengers per year. These larger airports may have as many as 100 different airlines, serving multiple national and international routes.

With no fewer than 79 major cities, Germany has no shortage of large international airports. Some of the most well-known ones are:

Other big airports in Germany

Some of the less well-known, but still sizeable, airports in Germany include:

The top 10 busiest German airports in 2018 were as follows:

Lufthansa is by far the biggest and well-known German airline, with a fleet of 700 aircraft operating in over 220 destinations worldwide. The company is headquartered in Cologne, while Frankfurt Airport serves as its primary hub.

Germany’s second-biggest airline, Eurowings, is a low-cost airline and a wholly-owned subsidiary of the Lufthansa Group. It currently serves 79 destinations worldwide and since 2015 has also covered all of the short-haul operations for Germanwings.

Map of all German airports

Below you can find a list of all the airports in Germany, divided according to their geographical location.

As well as the smaller ones that serve Germany’s northern islands, there are a few major international airports in northern Germany.

There are two major airports that serve the northern city of Hamburg: while Hamburg Airport is the city’s international passenger airport, and a hub for airline Eurowings, Hamburg Finkenwerder handles transfer, freight and test flights for Airbus.

Northern Germany’s second most populous city, the city-state of Bremen, is served by just one international airport - Bremen Airport - which is situated 2 kilometres south of the city centre.

Other German cities with airports in the north

Other cities and towns in northern Germany are also served by the following airports:

Germany also has several island territories to the north, which are covered by the following airports:

As you would expect of an area that includes the major cities of Munich, Nuremberg, Stuttgart, Karlsruhe and Augsburg, there are quite a few international airports in southern Germany.

Munich’s major airport is the Franz Josef Strauss International Airport, more commonly known as Munich Airport. It is the second-largest in Germany and the seventh-largest in Europe. Since 2005, all of the passenger traffic from neighbouring Augsburg has been directed to Munich as well. Despite being nearly 110 kilometres away from Munich, Memmingen Airport sometimes advertises itself as “Munich Airport West”.

Bavaria’s second-busiest airport, Nuremberg Airport serves around 4,2 million passengers per year, mainly on flights to different European cities and holiday destinations along the Mediterranean coast, the Canary Islands and Egypt.

Stuttgart is served by Stuttgart Airport, which lies approximately 10 kilometres south of the city. It is an important hub for Eurowings and has connections with several European cities, as well as a long-haul service to Atlanta.

Other German cities with airports in the south

These airports also serve the south of Germany:

Populous western Germany with its dense concentration of cities is well-served by multiple major international airports. The proximity of North Rhine-Westphalia’s three biggest airports means that, in effect, they all serve the entire region.

Cologne shares its international airport with neighbouring Bonn. Cologne / Bonn carries more than 12 million passengers per year and is also known as Konrad Adenauer Airport, after the first post-war chancellor of West Germany, who was a Cologne native.

The western city of Dortmund is served by just one airport: Dortmund Airport, located around 10 kilometres east of the city. Although it is sometimes overshadowed by the major airports in Cologne / Bonn and Düsseldorf, since the 2000s onwards Dortmund has experienced a huge increase in traffic, mostly with low-cost airlines like easyJet, Ryanair and Eurowings.

Located around seven kilometres north of Düsseldorf and carrying around 24,5 million passengers per year, Düsseldorf Airport is Germany’s third-busiest. It is a hub for Eurowings and has regularly scheduled flights for more than 60 airlines.

Other German cities with airports in the west

Other towns and cities in western Germany are served by the following airports:

As Germany’s capital city, Berlin serves as a major transport hub in eastern Germany. The cities of Dresden and Leipzig are also home to major international airports.

Berlin is currently served by two commercial international airports: Tegel and Schönefeld, which together transport around 35 million passengers each year. Both are set to be replaced by Berlin Brandenburg Airport, which has been under construction since 2006.

The new airport was set to open in 2012, but a series of delays and cost overruns have resulted in that being pushed back to October 2020. When the new airport finally opens, Tegel will close, while Schönefeld will remain in operation until 2026.

Dresden Airport is around 9 kilometres north of Dresden city centre and offers regular flights to several other European cities and holiday destinations. In 2018, it transported over 1,7 million passengers.

Leipzig is primarily served by Leipzig / Halle, an international airport located in Schkeuditz, Saxony, around 20 kilometres northwest of the city. Although it is a relatively small passenger airport, carrying around 2,57 million passengers per year, it is the fifth-busiest airport in Europe in terms of cargo traffic and the second-busiest in Germany, after Frankfurt Airport.

Central Germany is a loosely-defined region that is generally taken to correspond to the area of Central German dialects, and therefore includes the areas Franconia, Thuringia and Saxony. The region is home to Germany’s biggest airport.

Other cities in central Germany with airports

Other central German cities with airports include:

Airport connectivity is measured by the number of destinations offered, the frequency of services and the quality of the connections. According to the Airport Industry Connectivity Report 2018, Frankfurt Airport is the number one airport in Europe in terms of direct connectivity, after its network expanded significantly over the previous year. Munich Airport also made it into the top 20.

There are two types of codes used by airports in Germany: the ICAO airport code (or location indicator), defined by the International Civil Aviation Organisation, and the IATA airport code, as defined by the International Air Transport Association. While the ICAO codes are commonly used by air traffic control and airline operations for flight planning, IATA codes are location identifiers that are more commonly seen by passengers, for instance on baggage tags.

Berlin has two airports, each with its own code:

There are also two different airports in Frankfurt:

The ICAO airport code for Munich Airport is EDDM and the IATA code is MUC.