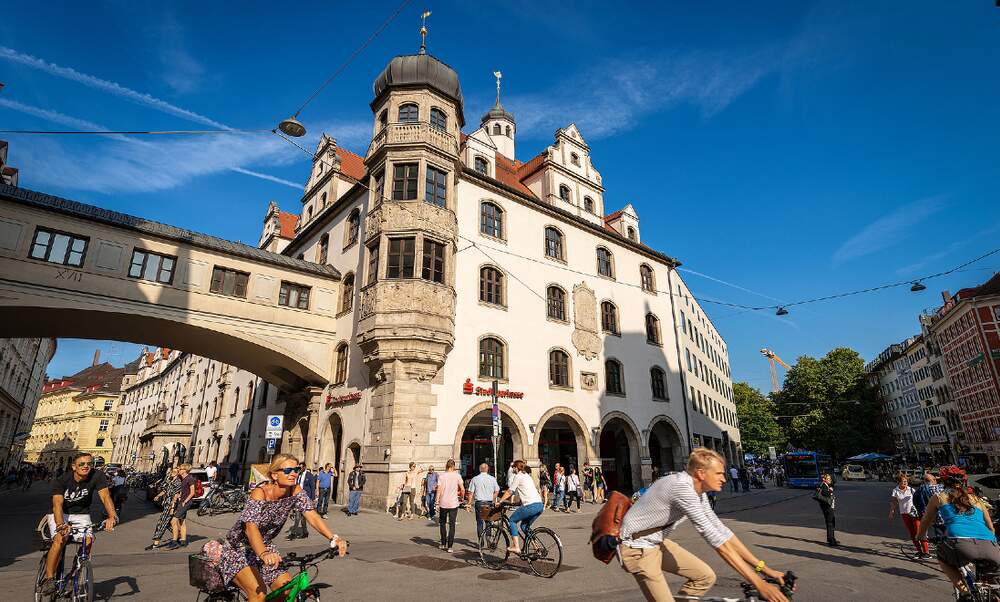 In response to the rapidly rising number of coronavirus infections, the city of Munich has opted to introduce a mask requirement in public spaces. The new rule will initially be in place for a week.

At a crisis meeting on Monday morning, called in response to the persistently high number of infections in the Bavaria state capital, city authorities decided to make face coverings compulsory in certain public squares and streets in Munich city centre. The regulation will come into force on Thursday and remain for a week, initially.

The crisis team had discussed making the general mask requirement apply to the entire city, but eventually agreed on restricting it to Marienplatz, Viktualienmarkt and Sendlinger Strasse - areas in the city centre that often attract large crowds of people.

In addition, the city is also reintroducing restrictions on public and private life. Speaking at a press conference on Monday, Mayor Dieter Reiter said, “We need to drastically reduce the number of people who meet.” Therefore, there will be restrictions on meetings in private and public spaces, as well as in restaurants. Only groups of up to five people - or members of up to two households - will be allowed to meet. Exceptions apply to close relatives and partners.

There will also be new restrictions on private celebrations. The permissible number of guests for these kinds of events - such as birthday parties, weddings and funerals - will be reduced, most likely to 25 for closed rooms and 50 for outdoor meetings. The exact wording for the new regulations will be released later in the week.

On Sunday, the number of coronavirus infections in Munich reached 55,6 new cases per 100.000 inhabitants in one week - therefore exceeding the important limit put in place by the federal government.

Speaking on B5 aktuell radio, State Premier Markus Söder said, “I don’t want to take away anyone’s joy,” but given the current situation in Munich, joy and common sense should go better together. “If reason doesn’t help, then there must be control.” He said that a second lockdown must be prevented, to protect the economy of Bavaria. He also announced that the city’s health department has requested support from the German armed forces.