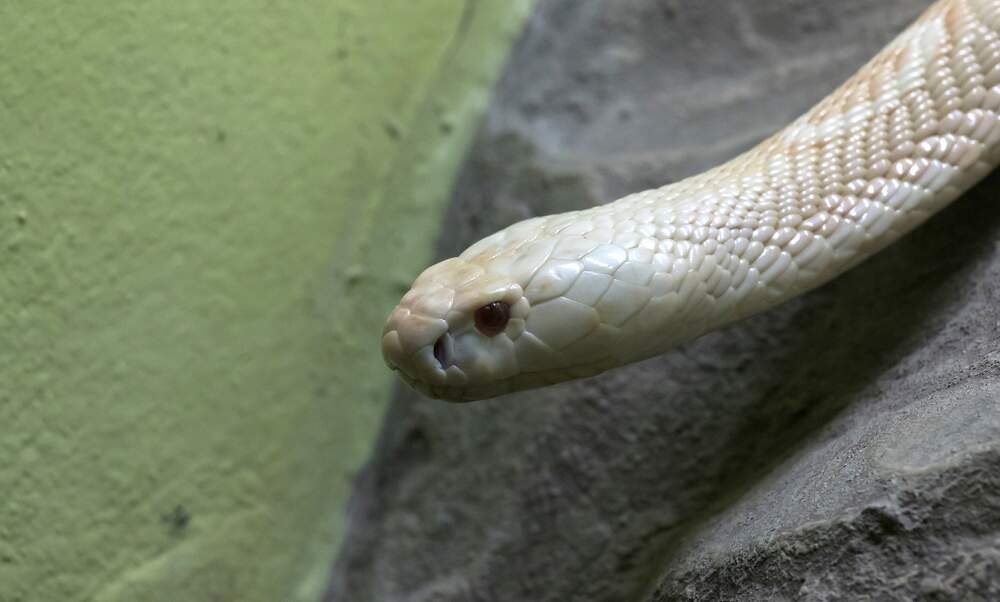 Poisonous cobra still on the loose in North-Rhine Westphalia

Poisonous cobra still on the loose in North-Rhine Westphalia

After three days of searching, authorities in the German town of Herne have still not managed to recapture a deadly cobra that escaped from its cage on Sunday.

Around 30 tenants have been forced to abandon their apartments until further notice while the search for a highly poisonous monocled cobra continues in the town in North-Rhine Westphalia. Local residents are being warned to keep their windows and doors shut and to avoid long grass and dense vegetation. Air conditioning and ventilation systems should also be switched off.

The alarm was sounded on Sunday when one of the building’s residents encountered the snake in a stairwell. By that afternoon, the fire brigade, ambulance service and two snake experts had already joined the hunt for the missing serpent, utilising sophisticated gizmos such as flour and double-sided sticky tape in their quest to track it down. They remain fairly confident the animal is still in the apartment building where its owner lives.

The snake allegedly escaped from an apartment where an additional 20 poisonous animals were being kept. The owner apparently had a permit for them all but has since been prohibited from keeping snakes until further notice. He currently denies that the snake belongs to him, according to the city of Herne.

The snake’s flight has provoked a series of calls for stricter requirements for the owners of potentially dangerous pets in North-Rhine Westphalia. As the law currently stands, there are hardly any requirements for the keeping of wild animals in private households, as long as species protection rules is met.

“Particularly dangerous and highly poisonous animals do not belong in private homes,” said the Green MP Norwich Rüße. Back in 2014, a proposed law against the keeping of dangerous animals was defeated by opposition from the municipalities. In light of recent events, however, a new bill is likely to find widespread support. “I am going to work at state level to make sure the keeping of poisonous animals in North-Rhine Westphalia is banned,” said Alexander Vogt (SPD), Herne’s Landtag representative.