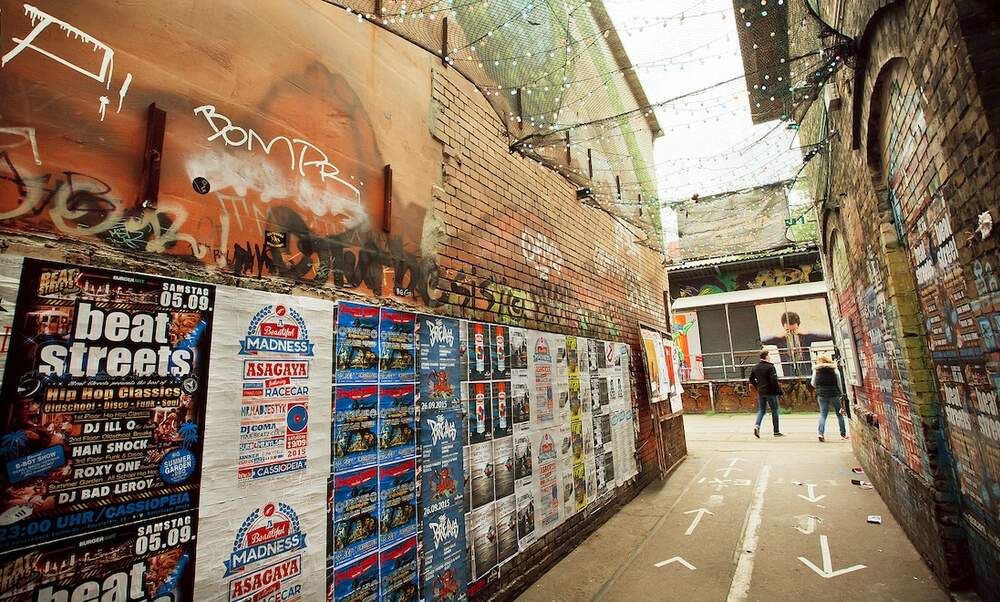 Riots break out in Berlin to protest squat evictions

Riots break out in Berlin to protest squat evictions

Hundreds of people took to the streets of Berlin on Friday night to protest the evictions from one of the few remaining squats in the city.

After the fall of the Berlin Wall, young people, artists, activists and the homeless flocked to the abandoned houses in the eastern side of the capital. These squats became a hub for the city’s underground scene, even being made the symbol of Berlin’s “poor but sexy” image, which was propagated by the former mayor Klaus Wowereit.

On Friday, police were called to remove residents from the Liebig34 site in Friedrichshain. The site, which is described as an “anarchist-queer-feminist” building, was seen as one of the last remaining symbols of diversity and the capital’s free-spirited ideals. It had been offering shelter to around 40 women, trans and intersex people for the past 21 years.

However, in 2018, the owner of Liebig34, Gijora Padovicz, decided not to renew the lease on the building. After the residents refused to leave, Padovicz filed a lawsuit which culminated in Friday’s evictions. Police officers were called in to remove residents from the building one by one, which was completed peacefully.

That evening, hundreds of masked protesters took to the streets, marching in the rain from central Mitte with a banner that read: “Defend free spaces, remain on the offensive.” The protestors smashed shop windows and set cars ablaze on their march through Berlin. Fireworks were set off in the streets and police officers were bombarded with bottles. To contain the violence, the Berlin police force deployed 1.900 anti-riot officers.

One protestor described Liebig34 as a “symbol of the diversity of this city which shouldn’t only belong to the rich.” A lawyer for the Liebig34 collective, Mortiz Heusinger told reporters, “It goes against human rights to throw people out on to the street in the middle of a pandemic when they cannot pay their rent.”