5 reasons to move to Cologne

Paid partnership
05 May 2021, by Daniela Stoyanova

Are you considering a move to Germany? There are plenty of great choices when it comes to finding a new city to call home. Crown Relocations gives us five top reasons why Cologne should be top of your list.

As one of the oldest cities in Germany, dating back 2.000 years to the Roman era, Cologne is steeped in history. Despite these historical roots, the city is nowadays generally known for its cosmopolitan, liberal and laid-back culture. Situated in the heart of North Rhine-Westphalia, Germany’s most populous federal state, it is also the fourth-most-populous city in the country. Here are five aspects that make this thriving city a haven for expats:

Cologne is a great spot for those of us who love to experience four distinct seasons. Residents of the city see a real change in the weather throughout the year, with balmy hot summers and truly cold winters - meaning you get the best of both worlds!

The summer months begin in May and run through to August, with the Rhine Valley regularly recording some of the highest temperatures in Germany. On the other hand, the winter months do get chilly, especially between the months of November and February, so make sure you arrive with a thick winter coat!

The famous Cologne Cathedral is the first thing you will notice gracefully silhouetted in the sunset. Located in Cologne’s Old Town, the cathedral is currently the tallest twin-spired church in the world, and is a UNESCO World Heritage Site.

But it’s not just grand imposing structures that make Cologne so fascinating: the Old Town is dotted with sites of interest, from the remains of Roman settlements to the Tünnes and Schäl memorial and the Heinzelmännchen (Elves of Cologne) fountain.

3. The food and drink (and festivities)

Not only does Cologne offer lots of history, but there are also so many must-try local food and drink options! Probably the most famous is Kölsch. This straw-coloured beer has a light biscuit flavour and fleeting freshness, and the best part is: it’s never-ending! At any bar in this city, the beer will continue to flow until you place your coaster over your glass.

A popular food speciality in Cologne is Himmel un Ääd (Heaven and Earth), a traditional dish that combines fried onions, mashed potatoes and apples. The perfect combination of sweet and savoury, this dish is named appropriately after its two main ingredients: apples (from the sky) and potatoes (from the ground).

With so much great food and drink on offer, Cologne comes up with plenty of excuses to enjoy it. Events such as concerts, parades, festivals, markets and carnivals occur throughout the year. Cologne Carnival is one of the annual highlights, and sees more than 1,5 million people flock to the city to take part in festivities, while the Cologne Christmas Markets are equally famous. The city is also Germany’s self-proclaimed gay capital and features one of the biggest Pride celebrations in the country.

As you can see, there’s more than enough in Cologne to keep you busy, but nonetheless, the city offers enviable transport links to the rest of the country and the world. Both the Cologne / Bonn and Düsseldorf airports are within easy reach, while Amsterdam, Brussels and Paris are just a few hours away by train.

Cologne is also at the centre of a number of European transport networks, meaning the rest of Germany and the continent is easily accessible via train, bus or plane. No wonder it’s one of the most frequently-visited travel destinations in Europe.

Cologne’s ideal location at the centre of many major trade routes means that it has always been a prominent and prosperous city. In the past, it was a major trading centre. An economic decline following the discovery of America proved to be short-lived when the onset of the industrial revolution changed the fate of the city.

The arrival of new industries and the railways enabled Cologne to re-emerge as a centre of trade; a choice destination for international companies such as Bayer, a multinational pharmaceutical company that is nowadays one of the largest in the world. Over time, the city has diversified, and is now one of the major hubs of the country for the media, insurance and engineering industries, meaning there are jobs aplenty for expats with the right skills.

Ready to establish roots in Cologne? It’s both an exciting and daunting prospect. If you’d like any help with your move, consider reaching out to Crown Relocations. They have been helping people relocate internationally for over 50 years, offering a variety of logistical and holistic services to make sure you feel at home in your new city.

CTA: Get in touch with Crown’s move managers! 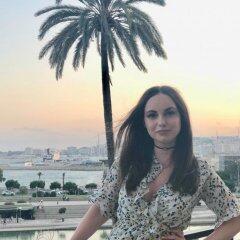 Daniela Stoyanova is a Moving Consultant for Crown Relocations.