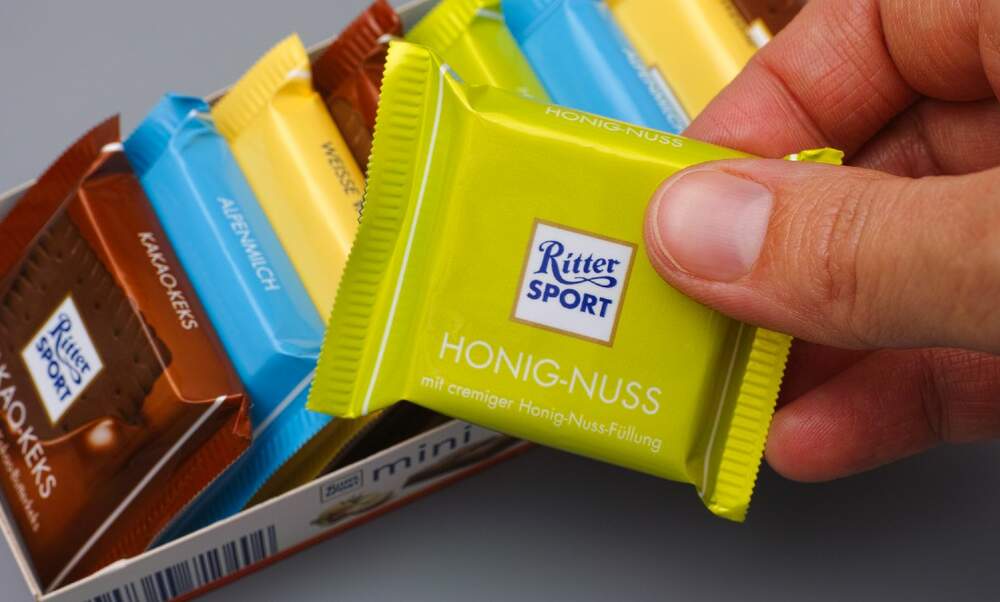 Chocolate wars: Ritter Sport and Milka fight over who owns the square

Chocolate wars: Ritter Sport and Milka fight over who owns the square

For decades, Ritter Sport has worked hard to monopolise their chocolate bar's distinctive slogan and unmistakable square shape. In fact, they have even had the shape patented and protected as a brand. Over the past decade, rival company Milka has been fighting this patent, arguing that they also have the right to make square-shaped chocolate. Let the chocolate wars begin.

“For many years, the vast majority of consumers have associated the Ritter Sport brand with square-packed chocolate – even if the bar is wrapped in white foil without logo or lettering,” says a Ritter Sport spokesperson. It is on these grounds that they are fighting to keep their patent of the square-shaped chocolate bar out of Milka's reach.

In fact, a three-dimensional trademark or shape-mark does exist in German patent law, with the Patent and Trademark Office having over 4.900 of such trademarks registered and 826.000 entries. Some examples of such trademarks are Ferrero Rocher with its sphere-shaped chocolates and Lindt with its golden bunny.

However, in order to prevent businesses from creating inappropriate monopolies where necessary goods are patented and taken out of reach of other suppliers, the protection requirements to register a three-dimensional trademark are very high. Therefore, a form has a right to be protected only if it is so different from its counterparts that it can be perceived as a brand. Whether Ritter Sport meets these requirements is an issue that has been under dispute for a decade.

The parties have already appeared in front of the federal patent court three times. In 2016, when the patent court made its first decision, Milka's lawyers won the case and the court ordered the patents to be deleted. Their justification was that the square shape added an extra advantage to the chocolate bar – that of practicality; allowing it to fit easily in a jacket pocket. Thus, it could not be patented.

In 2018, however, the court changed their decision, ruling that the decision should be based on whether the square was a typical shape for the use of chocolate. This of course, was still the rectangle, and thus, Ritter Sport won the case.

In 2020, Milka reapplied with a new argument. According to them, the square shape, due to its simplicity, adds an essential value to the chocolate bar. It is thus a basic form that must also be available to the competition.

This latest time, the patent court sided with Ritter Sport once again. “A square is nothing but a special rectangle,” they said. The difference between them thus does not justify any relevant artistic or design value. It remains to be seen if Milka will try a new tack.