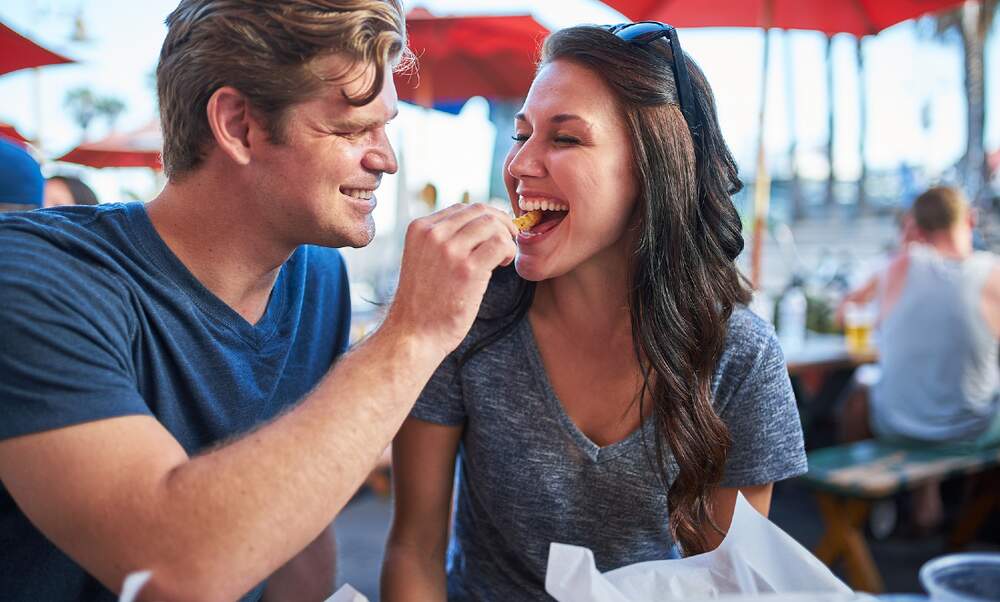 An expat survival guide to dating in Germany

An expat survival guide to dating in Germany

I’ll assume that by this point of your adventure in Germany, you’ve equipped yourself with some basic knowledge and you are finally ready to properly integrate, and that may involve meeting that special someone; a future partner or even a spouse.

But before you embark on that exciting adventure, I thought I would share some personal stories, even some embarrassing ones, which will hopefully give you some helpful tips with regards to dating German men and women.

As you’ve no doubt realised by now, words like spontaneity, ambiguity and surprise have no place in Germany, full stop. It’s a sure fire way to get people annoyed at you - and this is also true when it comes to dating and sex.

Imagine you’re dating a girl; you meet for a drink for the first date, and then invite her back to your place for the second date. You’ve just opened up a takeaway menu, ready to make a selection, when all of a sudden you hear the question:

“What are your romantic and sexual intentions?”
“Ehm, gulp, gee. Could you ask me again after I’ve eaten and downed a three-euro bottle of red from Penny?”

Although it may seem hilariously direct, it’s not uncommon for people in Germany to ask questions like this, just to be absolutely clear. But don’t necessarily think of it as a bad thing. In fact, there are distinct advantages, since following the rules, being predictable, unambiguous and very clear will ensure that you never find yourself in an awkward situation where you have interpreted something that wasn’t there. You’ll never be in a position thinking you’re going to get lucky, only to find out the other person was just being friendly. Everything is clear-cut, just like an equation: A leads to B, B leads to C, and so on.

Similarly, the act of sex between seasoned German couples (provided they are still doing it) sounds more like a chore; an activity that they place in their calendars for a set day every week, which has to be observed by both parties in order to preserve a healthy relationship. The conversation might go like this:

Her: Darling, it’s quarter to eight now, time for our weekly sexual activity.
Him: Yes, indeed, you are correct, I have already been thinking about naked women to get in the mood.
Her: Good, that will save us some time and we can get back to the couch in time for Tatort.
Him: My thoughts exactly!

Indeed, it’s very common for couples in Germany to plan their sexual activity. A popular time for that is between the main course and dessert, hence the name inter-course, if you’ll excuse the pun.

A while back, I remember a friend of mine telling me a traumatic story about this girl he was dating from Hanover. He’d been seeing her for a few months, and had even met her friends. Everything seemed to be going in the right direction. Until one fine day, that is, when things rapidly started going south.

One evening, he told me, they had had a romantic dinner together, and then started smooching on the sofa. This naturally progressed to the sexual act - it wasn’t the first time, he was very clear about that. They were at it for a few minutes when suddenly she stood up and disappeared into her bedroom. After a few minutes, she returned with a book.

She opened it to a section that she had clearly marked by folding down the page corner. It displayed a graphic picture of the female anatomy, the kind of image you’d expect to see during a biology lesson, or a sex education class.

Without any hesitation, she then began pointing to various parts on the page, while explaining the mechanics of the female orgasm. She was calm and informative, similar to a friendly vacuum salesperson, explaining the basics of how a Dyson hoover really works. The poor guy was mortified; his ego shattered, and that pretty much spelt the end of that romantic evening, and effectively the relationship itself.

Moral of the story: sex to Germans is a physical act akin to doing a workout, like running, rowing, climbing or swimming. It has its own technique, rules and processes. Forget the mystery, the forbidden fruit, passion and intangible feelings. That’s a pile of B-S!

Just like in any other language, there are certain rules in dating and it is important to observe these before embarking upon your German adventure. Here are a few things to bear in mind:

The devil is in the detail

When asking someone out on a date, be specific. Name a date, a time and a place, as otherwise you might irritate the other party ahead of time. At least 24 hours before the date, make sure you send a detailed description of the place where you’re meeting, an annotated map link, and a PDF of the menu (if available). This shows to the other person that you are well organised, that you’ve thought of everything in advance, and obviously have serious and honourable intentions.

When you’re on the date, make sure that you listen attentively to everything the other person says. Repeat and paraphrase their stories, but make sure you don’t interrupt them at any point. Always wait until they have finished their sentence. Try to mimic their facial expressions with your own. If you don’t know what to talk about, use safe topics like insurance, or doctor’s appointments.

When the cheque comes, always assume a split-bill; do not insist on paying. If that happens, the German person might think that they owe you something and this will tip the balance in the wrong direction. You can politely ask if you may offer to buy the other person a drink: “Darf ich dich einladen” (“Can I buy you a drink?”), but be as eloquent as possible in the matter.

When saying goodbye, make sure to plan another rendezvous, or alternatively state that you are going to be very busy for the next five months. Do not leave an open-end date. This will cause turmoil in the other person. They will try to analyse everything that went on that evening in order to come to the conclusion of whether or not you will ask them out again. The one thing they won’t do, however, is ask you themselves.

Emoji your way to a second date

When writing WhatsApp messages, be elaborate. Do not write short messages like “Hey” with a smiley face and expect a reply. Your messages must be at least 300 characters, beginning with your full name, how you know the other person and what your intentions are. Below is an example with the important indicator words highlighted in bold:

Hello, this is Max Mustermann contacting you. We met at the Schnitzeljagd festival on the 3rd of June 2020. It was quite sunny, but occasionally overcast. I had so much fun that day because when I tried to find the schnitzel, I tripped with my right foot over my left, and fell with my face in the mud, it was very funny - ha, ha, ha. I thought that maybe you would like to meet for a drink. There is a cafe in Jungfernstieg called Alex. I can reserve a table there on Friday the 26th of July (3 weeks from now) at 7:32 pm. Alternatively, I can also do the following Saturday, the first Friday in September, or the 3rd Saturday in October, whichever suits you best. I have included a map link below, as well as a link to a menu on their website, and a Google review link. I look forward to hearing from you. smiley face, wink, wink, Max Mustermann (PS. Max is my first name, Mustermann is my family name).”

If you get lucky, there is no need to beat around the bush, use euphemisms, or code words such as “Do you wanna come in for a coffee”. In fact, do not use the latter at all, as that will probably confuse your envisaged sexual partner. They might reply: “But I don’t drink coffee at such a late hour”, or something like that. Remember, in Germany, everything is part of a logical equation: [A+B=C]. So, if you managed to get your variables right, then it’s like a computer game. Once you’ve completed a level, you’ve unlocked the next one.

Get yourself out there

Once you get down to the sexual act - well, I’ll let you take over from there… Happy dating!

OMG, hopefully no one will take this BS serious. As s German girl I confirm you that this is utter nonsense. Probably it was supposed to be ironic or funny