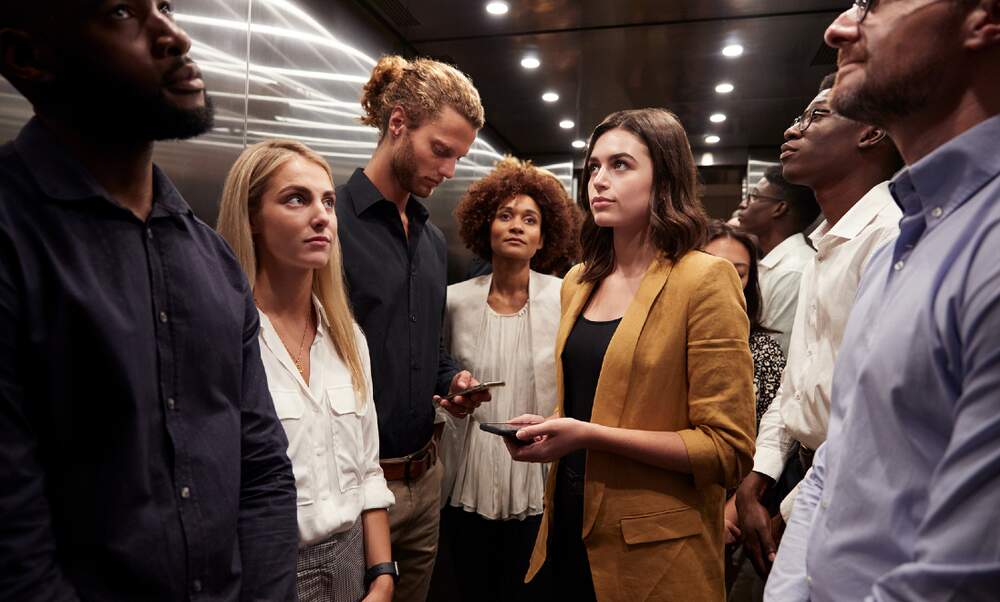 Growing up in the UK for the best part of my student years, I have grown accustomed to Britishness; the polite easy-on-the-ear banter, the how-are-you’s and the customary ice breakers about the weather.

These small but essential gestures subliminally say to the other person, “Hey, I understand you, I know how to talk to you, and I respect your customs”. Nothing more and nothing less.

When I moved to Germany, this lifelong training naturally kicked in. I remember the first time I stepped into an elevator as vividly as if it were yesterday. It went something like this.

Them: “Hello”
Me: “Hello, how are you?”
Them, slightly confused at my question: “Why? Do I not look healthy?”

And that pretty much killed the natural progression of that conversation. The remainder of the elevator journey was filled with awkward quasi explanations, half-smiles in both directions, and what seemed like an excruciatingly long time to reach the third floor of the building.

I later learned that the only thing required of somebody when entering the elevator is to say “Guten Tag!” upon entering and “Tschüss!” upon exiting.

My internal CPU was imploding. “Why would you want to say “Hello” and not follow it up with anything else?” I wondered. And even more absurdly, “Why the compulsion to say “Goodbye” when no conversation has even taken place?” Wouldn’t it be better to just not say anything at all? Otherwise, it’s like getting on the bus, paying the fare, and then immediately getting off.

The expat nightmare: The waiting room

And if you think that the elevator setting is absurd enough, then apply the same principle to waiting rooms. This setting is far more absurd due to the extended time you spend there. Imagine coming in, saying “Hello” to whomsoever might be there, sitting in silence for anything between 20 and 40 minutes, then getting up and saying, “Goodbye”.

For a very long time, I could not understand how German history and culture had combined to create such a custom. I just accepted it as “the way it is” and moved on. It was not until much later that I finally grasped the all-important reasons behind the complete disregard for small talk in Germany. And the truth is, it has a lot to do with German business culture.

The gist of my theory goes a bit like this: in Germany, it is generally accepted that everything and everyone has a purpose. Thus, a delivery guy who delivers your post has a job to do, and whether or not they like their job - or you for that matter -  they will do it to the letter of the law.

It doesn’t matter if you are pleasant to them or not; if you give them milk and cookies before they leave, or if you shout abuse at them. You will still get your package and it will not be damaged (at least, not by them).

In other words, you as the customer have no bearing on the delivery person’s decision-making in any way, shape or form. They will not put your package first or last on the delivery route depending on whether or not you’ve given them milk and cookies.

And thus, creating any kind of a connection or a rapport with the other person is – de facto – a complete waste of your time. This example can be applied to all spheres of everyday life in Germany, and is, in my opinion, the cornerstone of the way people interact with each other.

Avoid, at all costs, saying “How are you?”

In many cultures, the words, “How are you?” are seen as an ice breaker, a half-hearted attempt to be polite, or strike up a conversation. In Germany, however, they are treated more literally. You don’t say “How are you?” to someone unless you are genuinely interested in the state of their health.

So if you do ask somebody, “Wie geht es Ihnen?”, be prepared for a lengthy conversation about their overall mental and physical well-being, a detailed description of their symptoms, and an overview of all the trips to the doctor they’ve recently made.

The only German ice breakers you’ll ever need

Over the years, I have learnt a couple of tricks that can be used in multiple different situations, to ensure the conversation progresses smoothly, and to avoid a situation in which you appear strange to the other person.

In Northern Germany, a common greeting is a “Moin” followed up with a “Naaa”, gradually increasing the pitch of the vowel as you drag it out. An alternative would be to say “Alles klar?”, which translates as “All good?” - much, much better than the literal, “How are you?”

If in doubt, play the monkey card and just repeat what the other person is saying. Thus, only in Germany could the following be an entirely acceptable conversation:

Don't forget "Schön Feierabend" when saying good bye to someone at the end of a workday. Or simply Schön Abend noch if it's earlier in the evening.