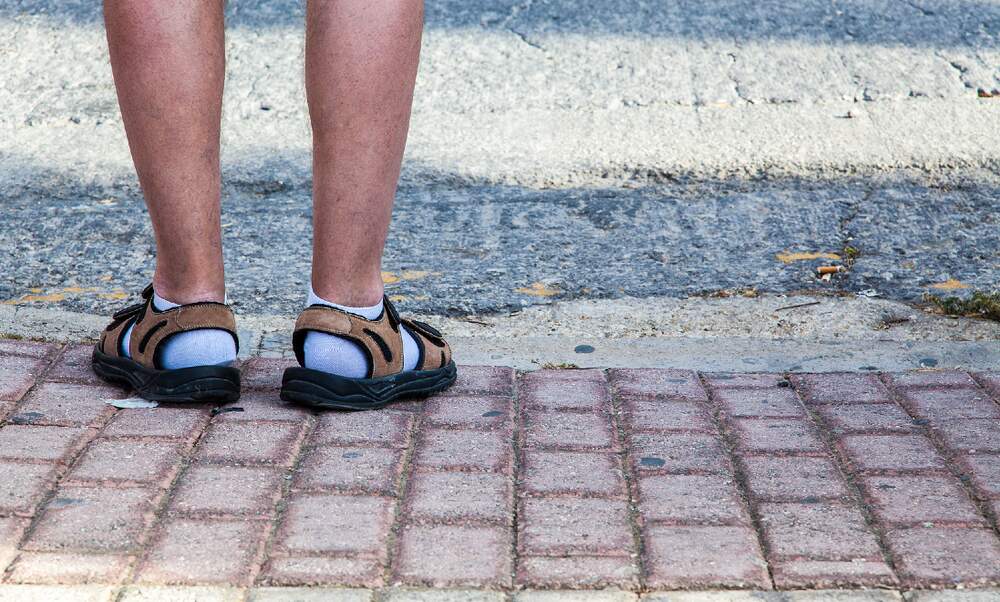 An expat survival guide to holidaying like a German

An expat survival guide to holidaying like a German

On every holiday I’ve been on so far, my number one priority has always been the same – get as far away from ze Germans as I possibly can. This might sound very anti-German, and, in a way, it probably is. But, then again, a lot of readers will probably agree with me: whether you’re from Hamburg or Norfolk, Gothenburg or Paris, the last thing you’d want is to take your home surroundings to the beautiful shores of Greece, or Spain, or wherever it is that you’re going.

The very essence of the word holiday is to take a break from everything that reminds you of your home surroundings. And to me that means taking a break from Germany, its people, its language, its idiosyncrasies, its naked saunas, and so on and so forth. Not that I don’t love all that, but let’s just say that typically German habits don’t necessarily make for a nice, relaxing holiday. Let me explain.

The first thing you notice when you get off the plane anywhere outside of Germany is usually how bloody friendly everyone is: smiling, saying hello, not avoiding eye contact. And I’m not talking about countries on the other side of the world where wide-eyed indigenous villages with ivory bones in their noses come running from bamboo huts to greet the mysterious foreigner. No, I’m talking about neighbouring countries like Sweden, Denmark, Poland or Hungary.

It’s not that I’m complaining about Germans being naturally unfriendly –not at all. I’m just saying that over the years I’ve been conditioned to accept – shall we say – a different way of communicating, one that bypasses all the unnecessary coquettishness, pleasantries and forthcoming behaviour that has been nurtured in other European countries for centuries. It’s not that people are impolite in Germany, not at all (although fellow Brits might nod their approval at this). It’s just that in Germany all the pleasantries are deemed “superfluous to requirements”.

Thus, being extra polite to the flight attendant will not get you an emergency seat or an extra beer. Asking “How are you?” will only irritate the baker, the butcher, the cashier, the steward, and pretty much everyone else around you. This reluctance to engage in pleasantries is the main reason why Germans are often perceived as rude.

But that’s not the only reason. If you thought that the Brits were rude by assuming everybody speaks English – no matter when they’re in Spain, Portugal, Marrakesh or Timbuktu – German tourists have reached the same degree of ignorance, or perhaps even surpassed it. I’ve lost count at the number of times I have seen German tourists shouting at poor waiters in German, baffled by the fact that those ignorant Spaniards cannot understand their perfectly enunciated Reichsdeutsch.

At this point, I do have to back-peddle a bit. Granted, not all tourists are like that, but there’s a good share of bad apples in every charter destination.

A gaggle of Germans

The interesting thing is this: Germans do tend to hoard together. Thus, you will often find hotels abroad that cater specifically for the German clientele. All of their signs will be written in German; their activity guides speak German; and even their musicians are required to play German songs.

I guess it is comforting to go abroad safe in the knowledge that people will understand you, and can be relied upon to know that 7 am means exactly that, and not a minute later. With large-scale holiday operators like Robinson or TUI, you will probably find that most of the client-facing staff are German, Austrian or Swiss themselves. The reason is simple: Germans are the best at understanding their fellow citizens’ quirks and expectations when on holiday. Which brings me to my next point: what Germans want to get out of their holidays.

Planned fun is the best kind of fun

The golden rule of holidaying like a German is: planning is everything. My ideal way of spending a holiday would be to sleep in late, get up when I want to, have a late breakfast with at least two cups of coffee, and then figure out what to do with the rest of the day. Perhaps I’ll go for a hike, or take a dip in the sea. If I get bored with one setting I might get up early the next day to go on a longer day trip. Either way, there’s no pressure. I’ll just play it by ear. I’m on holiday!

What I just described to you would be a total nightmare for a German person. They would be literally rocking back and forth, shivering with cold sweat at the sheer thought of being subjected to such a laughable imitation of a “holiday”. The German mantra is that holiday time is precious time that must be utilised to its fullest. And thus, planning is essential in order to have maximum fun.

It is worth mentioning at this stage that Germans enjoy one of the most generous holiday allowances in Europe. The average employees will have 30 days off per year, plus national and regional holidays. Depending on the federal state you live in, you could have anything between 10 and 13 additional days off per year. Statistically, people in Bavaria enjoy the most national holidays.

But having lots of holiday days is no excuse to squander them willy nilly. So, the perfect German holiday day would start with a wakeup call from your hotel at around 7 or 8 in the morning. You’re probably in Majorca. You would make your way down to the beach (or pool) and reserve your sunbed for the day before heading in for your breakfast. This is best achieved by placing a towel on top of it.

A good friend of mine (let’s call her Brunhilde for the sake of anonymity) is the epitome of the German tourist. Last year, I agreed to join her and her family on their annual vacation in Corfu, a beautiful stretch of beach in the northern part of the island. They’ve been going to the same place for almost 15 years now, always staying at the same guesthouse, always in the same double room, eating at the same restaurant and drinking at the same bar. They know the owners of the guesthouse, the restaurant and the bar by their first name, and they get priority service everywhere they go.

On my last night there, we all went for a meal. When the waiter came and asked if we were ready, people started ordering food and drinks. At one point, someone hesitated, and so I seized the gap to jump in and place my order – only to be scolded in a full public shaming by Brunhilde. Apparently this was against the clockwise ordering tradition they had been perfecting for the past 18 years. A year on, I still feel the lump in my throat.

I almost forgot to mention one important thing about German tourists. A lot of holiday destinations are virtually exclusively financed through them. They book earlier than anyone else, they never behave badly, and they always pay without asking any questions.

Take last year's trip to Corfu with my German friends, for example. The whole resort was filled with Germans and that was pretty much it for diversity. The local supermarket was almost entirely stocked with Aldi products and other German brands whose ingredients lists were written – naturally – in German.

I was curious to see what the locals think, so I asked the owner of a guest house where we stayed. His take on the subject was that Germans were probably the best guests out of all the nations he’s dealt with, citing their reliability, punctuality with payment, their general behaviour on premises, hygiene and their extra spending as main reasons. He also mentioned the fact that, if they like the resort, they tend to return year after year, with some of his customers having come there for 15 years on the trot.

Incidentally, he mentioned the Brits as being the worst kind of tourists, but did not elaborate. Judging by his previous criteria, one can deduce that they are unreliable guests who don’t pay, behave like idiots, trash the place and don’t spend a penny on anything extra. Actually, that does sound familiar...