When it comes to making friends, we tend to rely on outdated methods. Dzhangar Sanzhiev, the founder of the MatchFamilies app, explains why it’s time to have a rethink and explore new means for meeting people and making connections.

When I first moved to Germany for work, I brought my family with me, and one of my foremost concerns was to make sure they felt happy in their new home. Our first year was full of excitement, as we explored our new country.

After some time, I started asking my wife if she felt happy here, and she would usually say, “Sure, I like it.” But, as time went by, she started to add, “But the only thing is that I miss having a close friend, a shoulder to cry on, someone I’m really close to.”

I actually had the same feeling. And I don’t think it’s just us.

The importance of close friendships

“Each friend represents a world in us, a world possibly not born until they arrive, and it is only by this meeting that a new world is born.” - Anais Nin

Indeed, what is the most important thing in your life? Scientists at Harvard have found that “close relationships with friends and family are what make people feel happy and help them to live longer lives.”

You are an expat, and so you don’t have your family here with you in Germany, right? On top of that, I think a lot of expats don’t really have close friends. That means you don’t have the most important thing in your life… How crazy is that?

Moreover, over the past year and a half, amidst the pandemic, everyone has had time to think about the relationships they have with their friends and how the neverending lockdowns impacted them.

And I think plenty of people have come to more acutely realise how precious our “face-to-face” time is. Spending it with people like you makes you happy, since humans are social creatures. It’s only natural.

However, making friends, particularly as an adult, isn’t necessarily easy.

What are the traditional ways of meeting new people?

I would say that this is because we often tend to rely on outdated methods for meeting new people as a family or a couple.

If you ask a German person, “How can we meet new people and make friends?”, the answer will most likely be: “Join an interest club (Verein)!” Okay. When did you last join such a club? I think for foreigners this can be tricky, because these clubs are very traditionally organised - in a way that doesn't necessarily make sense to those who aren’t familiar with the rules - and require a lot of commitment.

I guess for families, one of the most common ways to make friends is through your kids. But are you genuinely meeting people you click with? Apart from your children, do you actually have any interests in common? Are you really on the same wavelength?

“You can’t stay in your corner of the Forest waiting for others to come to you. You have to go to them sometimes.” ― A. Milne, Winnie-the-Pooh

Then there are social networks, like Facebook and Groups, which can be useful. But since all social media profiles are individual, it’s hard to make meaningful connections with other families as a group.

You might also look to your colleagues and neighbours, but it can be tricky to keep putting yourself out there. Indeed, there is a stereotype that it’s hard for foreigners to make friends with Germans. Many people operate under the assumption that Germans already have a circle of friends and don’t want to make new connections.

When I made a video about this topic, I received responses from hundreds of German people, who said that they are very much open to meeting new people with similar interests, irrespective of nationality, and exploring other cultures. They said that, in actual fact, they are very rarely approached by foreigners. Maybe we’re just all scared of putting ourselves out there? Or perhaps there is no good place to do it?

How can technology be useful?

So, as you can see, the traditional ways of meeting new people rely a lot on you taking the initiative, and having good luck. And so it can sometimes take a long, long time for you to meet like minded people with whom you will be more likely to develop a real friendship. But what about those of us who are urgently craving intimate and close friendships, and haven't yet been lucky enough to find the right people?

I would argue that technology can hold the answer. In the same way that matchmaking apps can bring together people who are looking for love, why shouldn’t there be a similar option for finding friends?

Here’s the logic: if you bring together thousands of people looking to establish meaningful, friendly relationships, add a sprinkle of an algorithm to match up their locations, ages, mother tongues and interests, you’ve got a recipe for lasting friendships.

Unlike the outdated, chance-reliant ways of making friends, technology gives you:

It’s time to rethink how you can meet new people, especially in today’s modern world. Do you want to wait for the slim chance of stumbling across someone you click with, or would you rather use technology to enhance your social life today?

Harness the power of technology! The MatchFamilies app helps families and couples meet new people and make new friends. You can find out more about MatchFamilies via their website, Instagram or Facebook. Or, if you’re ready to dive right in, you can check out their app on Google Play Store or Apple App Store. 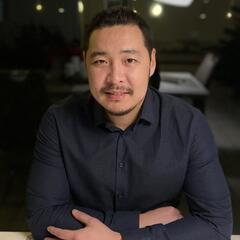 Relocated to Germany 5 years ago for work in the Management Consulting industry. Quit this job in July 2020 to start an own company - MatchFamilies (matchfamilies.com). It's a new...