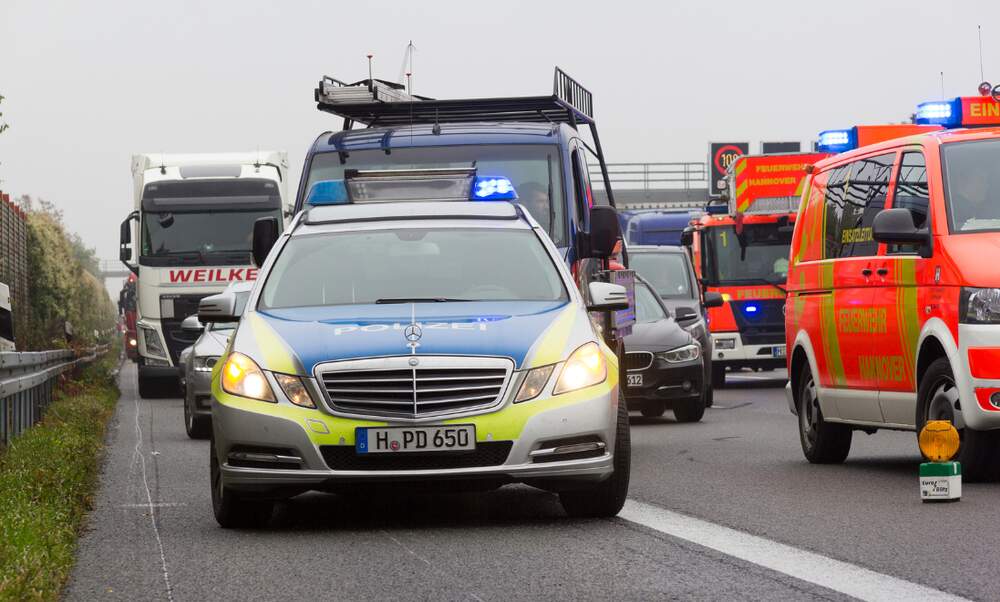 A video of a German police officer chastising drivers for taking photos of a fatal road traffic accident has gone viral.

The footage, captured by German news agency BR24, shows police officer Stegan Pfeiffer giving a sharp talking-to to passing drivers attempting to capture the incident on their mobile phones. Since being uploaded on Wednesday it has been viewed nearly a million times. You can see the full video below.

Pfeiffer is captured asking passing drivers where they are from, before telling them they can take a closer look at the crash scene. “Do you want to see dead people … Make pictures?” he says. When a driver refuses his offer he says, “Shame on you,” and then slaps him with a fine of 128,50 euros. In Germany, it is against the law to photograph road accidents.

Speaking to reporters, Pfeiffer said that he wanted to demonstrate the “sad reality” to people who are fascinated by traffic accidents. “For us, it is definitely an opportunity to confront people on their behaviour,” he said, remarking that people who were challenged in such a way are perhaps less likely to do the same thing in the future. “Simply to demand 128,50 euros and then send them on their way won’t teach them a lesson.”