Lots of my career coaching have one thing in common: they all want to change their career and switch to a job that makes better use of their talents or aligns better with their passions. Then, as soon as they land on their dream career and decide to make a move, something peculiar happens…

As soon as a client discovers what it is they really want to be doing, they suddenly find ways to avoid it! They find ways to not bite the bullet!

They might say that now is not the right time. Maybe next year. Maybe their current job is actually not so bad, and so on.

The things we tell ourselves

What’s going on when this happens? Well, it’s totally normal. You brain is starting to protest as it sees a big change coming up, creating all manner of possible excuses to stay right where you are. It is important to make a distinction between an excuse and an obstacle. So what is the difference?

I define an excuse as a conscious or subconscious thought that puts a stop to your actions. You treat it as a legitimate reason to stop working on your goals.

So you say to yourself "I do not have time to change my career" and before even evaluating if the statement is true, you give up on the idea to change or develop your career further.

An obstacle, on the other hand, is something that you can - and are - willing to deal with. Time and money can be obstacles, but the difference is that you do not lose sight of your main goal. You say to yourself, “Okay, so I don’t have enough money just yet to start studying, what can I do in order to save enough to be able to realise my goal?"

3 most common excuses people make to avoid a career change

I’ve heard every excuse under the sun to avoid making a big change, but a few of them come up again and again. I’ve listed the three most common ones below, and give a remedy for each excuse. Remember that these are only excuses in your head, they are not the reality. But they can, and will, become reality if you do not deal with them properly.

Busy. Busy. Busy. We are all busy. Running around in circles. I hear it often from my clients: I do not have time. I have so many things to do.

But often when we start looking deeper into the issue it turns out that there is plenty of time. If you get your priorities right and look critically into how you spend your time, you can easily get up to two or three hours per day to spend on your career change or development.

The best idea is to track your activities for a week. Take a notebook and write down all the things that you do during the day, including the timing. After having a critical look at how you spend your time, you might find out that you spend up to two hours per day on things like Facebook, email, internet or watching TV.

Of course we all need our relaxing time, but ask yourself if you really can't free up one or two hours a day to focus on something you deeply care about: your professional life development! Choose your priorities and choose them right!

2. What will my significant others think about the change?

One of our basic needs, according to a known American psychologist Abraham Maslow, is the need for love, acceptance and belonging. We need others not only to survive, but also to live a happy and fulfilled life.

Getting the right support and encouragement from others is one of the most crucial elements to your success when changing careers or anything else in your life.

That is why one of our primary fears is the fear of not being accepted. We do crazy things in order to be accepted. We often change our opinion to please others, or are paralysed if we have to give a 10-minute public speech. No wonder we are worried about what those closest to us will say about a career change.

Sometimes I even hear from my clients that they feel it is "society" who does not grant them the approval to move forward.

So there you go. If this excuse is the one that you keep telling yourself, take a moment now to think whose opinion you fear the most.

Fill in the following sentences:

You actually do not know for sure if the disapproval is real unless you have heard it directly from the given person. If your partner’s opinion is the one you are most worried about, then you need to talk to your partner first.

If you fear the opinion of your parents or friend, you need to realise that you are an adult person and ask yourself whether you want to live a life fulfilling the expectations of others, or to make your own choices.

One of the most common reasons why people get stuck for years, sometimes for a lifetime, is because they are scared that by changing they are going to make a huge, irreversible mistake. What if I fail? And even worse: what if others see that I have failed?

So where is this fear coming from? It comes from the fact that we were taught that mistakes are wrong and should be avoided at all times. Mistakes are bad, dangerous and should be punished.But what if we start perceiving mistakes as a part of the game and see them as learning opportunities rather than mistakes?

Some months later, I was asked to give another workshop. I said yes. Thanks to the experience I had with the previous one, I knew how to prepare. It went much better. The more workshops I gave, the better I became.

So if you are suffering from the fear of failure, think of what you can learn about yourself when you fail. Look fear straight in the eyes and answer the following questions:

Be kind to yourself

This isn’t the limit of the excuses you might think up. We are creative creatures, so I’m sure you’ll manage to think of a few more.

My best advice is to first become aware that an excuse is a desperate cry from your brain to keep you where you are. Then you must work to understand where the excuse comes from, and, most importantly, how you can deal with it.

What kind of excuses have you found yourself making to avoid a daunting career change? Did you overcome them? Feel free to share your thoughts in the comments below. 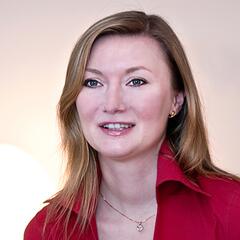 Official Member of Forbes Coaches Council. I specialize in international career and expat coaching. I am the author of the book Career Jump! How to Successfully Change Your Professional Path...