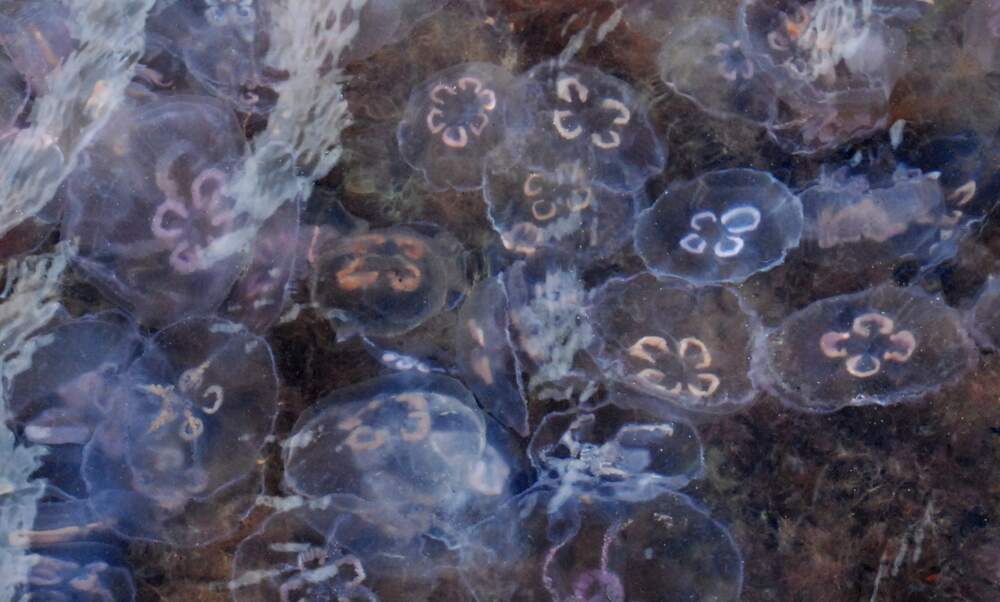 Tourists and other visitors to the beaches in northern Germany may be in for a slippery surprise this year. Jellyfish have arrived earlier than usual in the Baltic Sea, in great numbers. This year's specimens are also unusually large.

An abundance of jellyfish spotted in the Baltic Sea

“This is a very good jellyfish year,” says organic oceanographer Cornelia Jaspers, describing the abundance of jellyfish that arrived earlier than expected this year in the Baltic Sea. A very dense accumulation of ear jellyfish, isolated fire jellyfish and rib jellyfish were observed three weeks ago in Eckernförde Bay – an unusual sighting, especially for the rib jellyfish that usually only arrives in late summer.

It has been speculated that the salt-rich water that flowed from the North Sea and the Kattegat into the southwestern Baltic Sea could be the main reason behind this sudden flourishing of jellyfish. “If the salinity is low, the rib jellyfish Mnemiopsis Leidyi (meaning sea walnut) cannot reproduce,” said Jaspers.

In addition to this, an unusually warm winter has caused the sea water to be a few degrees warmer than usual, further promoting the reproduction of both the rib jellyfish and the domestic jellyfish.

Jellyfish and the Baltic Sea ecosystem

This sudden increase in rib jellyfish numbers could have potential consequences to the ecosystem, since they compete against other fish in the area for food. The Blackfordia virginica, which is found in the Bay of Kiel and flourishes in brackish water with low salt content, also acts as an additional food competitor.

However, “Jellyfish are a part of normal life,” said Jaspers, adding that these primal creatures have been around for 550 million years, and have their own role in the ecosystem. In fact, the endangered European eel in the Sargasso Sea is dependent on jellyfish for its diet. Thus, “The overall key role jellyfish have in the ecosystem is an exciting question that is still largely unresolved.”