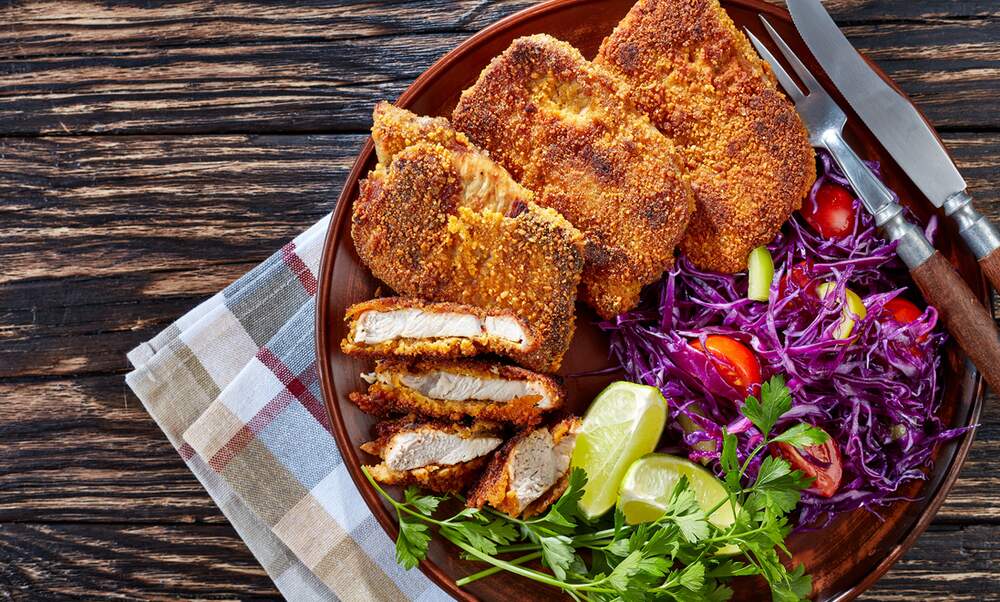 German cuisine is generally regarded as being rich, stodgy and filling: meat, dark bread and potatoes, washed down with a pint of German beer. Although nowadays German food has been considerably broadened by trade networks and foreign influences, traditional fare still holds a special place in the German nation’s heart. So, what’s cooking in Germany’s kitchen?

A brief history of German cuisine

The typical German diet makes much more sense if you examine it in its historical context. Before trade routes and immigration transformed mealtimes all over the world, Germans were limited to what it was possible to grow locally. In contrast to the Mediterranean, the relatively cold German weather produced a diet rich in grains, dairy and meat. The long winter meant that food preserving techniques such as salting, pickling, smoking and curing became crucial to making food stocks last.

The impact of trade and immigration on German food

Gradually over time, the German diet broadened. The Romans introduced vineyards and fruit orchards. Cities such as Cologne grew into important trading centres and were introduced to exotic and foreign foods like spices.

In the wake of the First World War, an influx of Italian ice-cream makers arrived in Germany, bringing with them dishes such as pizza and pasta that have since become staples of the German diet. From the 1960s onwards, new arrivals from Turkey, China, Vietnam, Greece and the former Soviet Union all began to put their own stamp on German cuisine.

Although its culinary horizons have thus considerably broadened, culinary heritage is still in evidence in modern-day Germany. Traditional meals typically consist of meat, potatoes and bread, although many chefs have begun to experiment with serving traditional fare in new ways.

Although Germany may not be regarded as the home of haute cuisine, it is (perhaps surprisingly) not far behind Italy and France when it comes to Michelin stars. As well as fancy restaurants, it offers a plethora of more low-key eateries, kebab shops and Imbiss (snack) stands to suit all tastes and budgets.

Do you know your Brezel from your Pumpernickel and your Apfelschorle from your Apfeltorte? What on earth is an Eintopf and where does Schnitzel really come from? Find all the answers to these questions and get your belly rumbling with our overview of some of the best traditional German dishes.

Unsurprisingly for a country that was not officially united until 1871, Germany’s cuisine varies markedly from region to region. From Labskaus in Hamburg to Prinzregententorte in Munich, there’s a whole variety of region-specific foods in Germany.