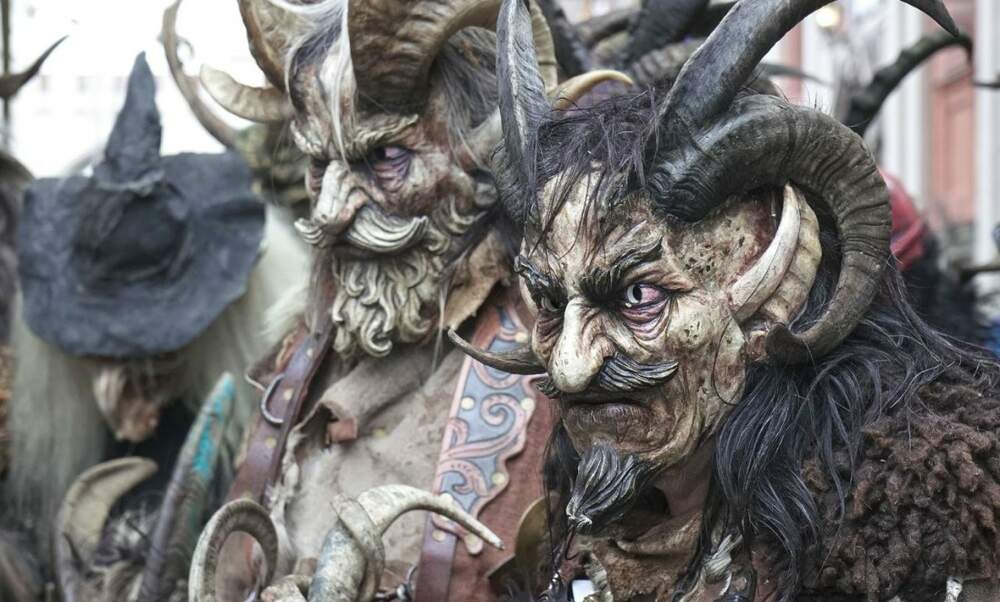 The Krampus Run of the Munich Christmas Market

The Krampus Run of the Munich Christmas Market

They may look frightening at first glance, but these demon-like figures are completely harmless - that is, if you’ve been good this year!

300 masked Krampusse, the beast-like devil who accompanies Saint Nicholas to punish naughty children, stalk the Christmas market in Munich, scaring everyone in their path during the traditional Krampus run! 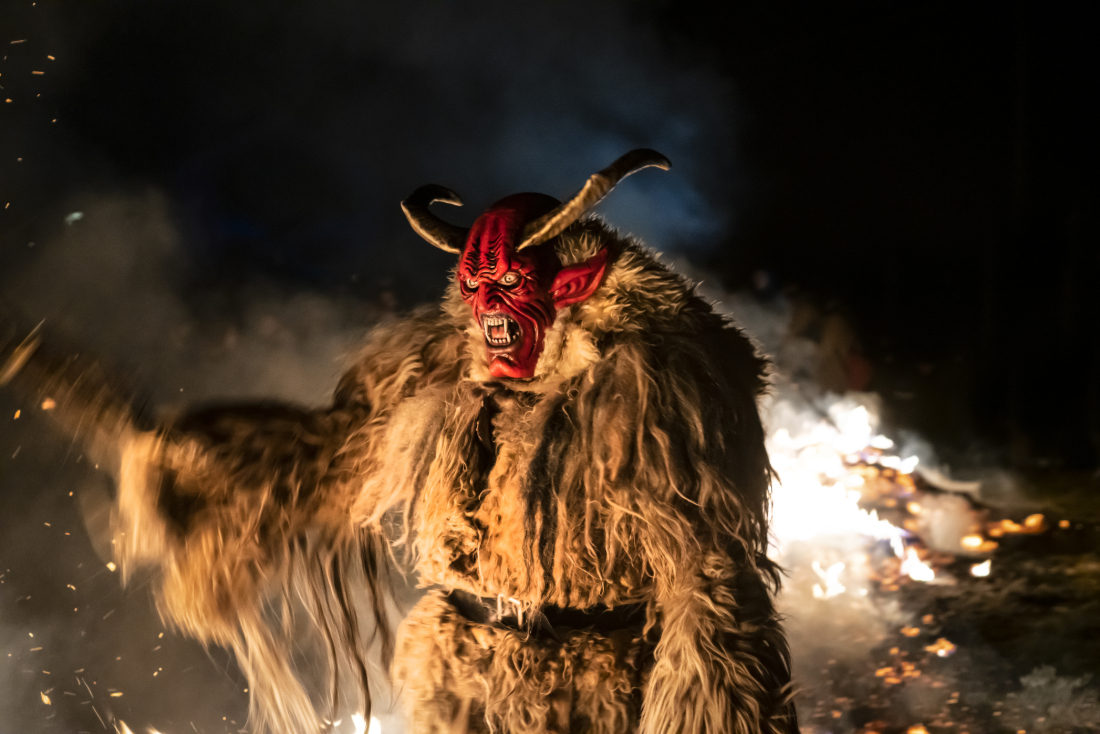 The thrills of the traditional Krampus run

The Krampus run actually dates back some 500 years to a tradition from the Alpine regions. In the 16th century, the “Klabaufs” would march through villages on the eve of St. Nicholas Day, scaring children who misbehaved with whips and ropes, while the kind St. Nicholas would hand out sweets and presents to those who had been good.

School teachers, choirmasters and older students from the Frauenkirche and St Peter’s church dressed up as Krampus and St. Nicholas at the time and reportedly caused such unrest that the police had to be called! Since then, the run has remained a tradition. 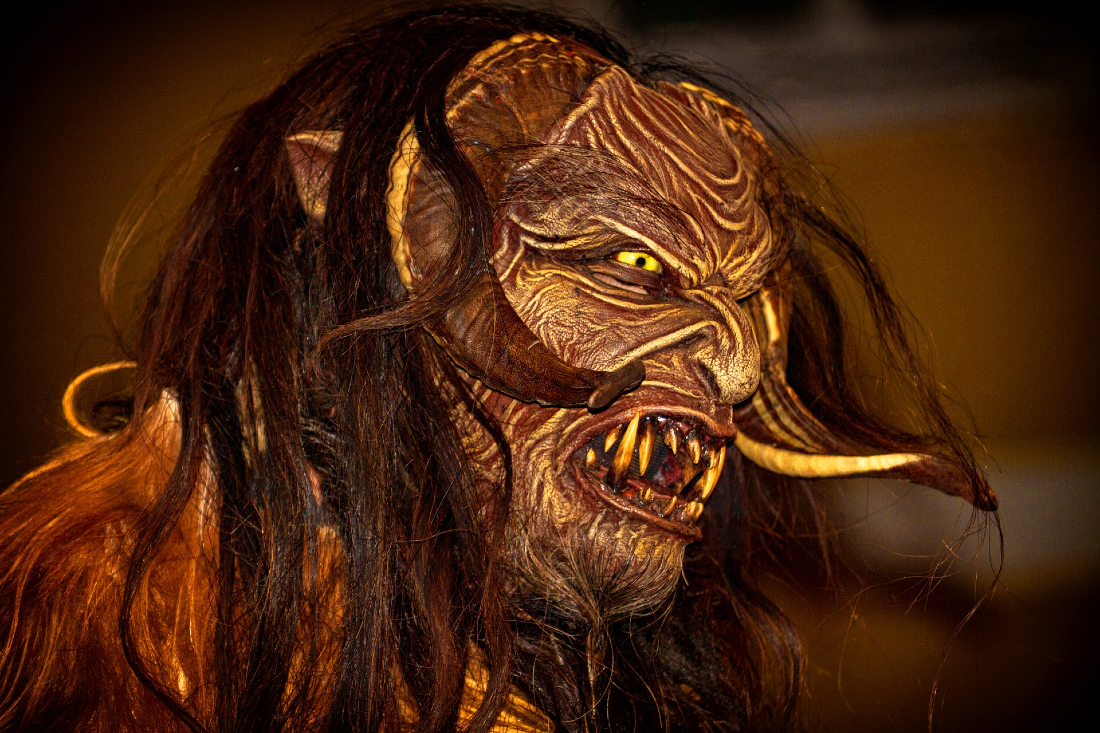 Watch out for Krampus at Munich’s Christmas market!

The annual Krampus run through the Christmas market in Munich is one of the most famous in the region. Young and old dress up as Krampus, donning carved masks, big goat horns, furs and long hair, before taking over the streets on December 8 and December 22.

The elaborate costumes differ based on the character portrayed, with some dressing up as the “Perchten”, a figure with four to 10 horns meant to drive away winter, and other as Krampus, with a double horned mask. These decorative costumes are not only scary, but also heavy and expensive, costing anywhere between 1.800 and 2.500 euros! The mask alone can also weigh up to 10 kilograms, which is why most runners are out of breath after the run! 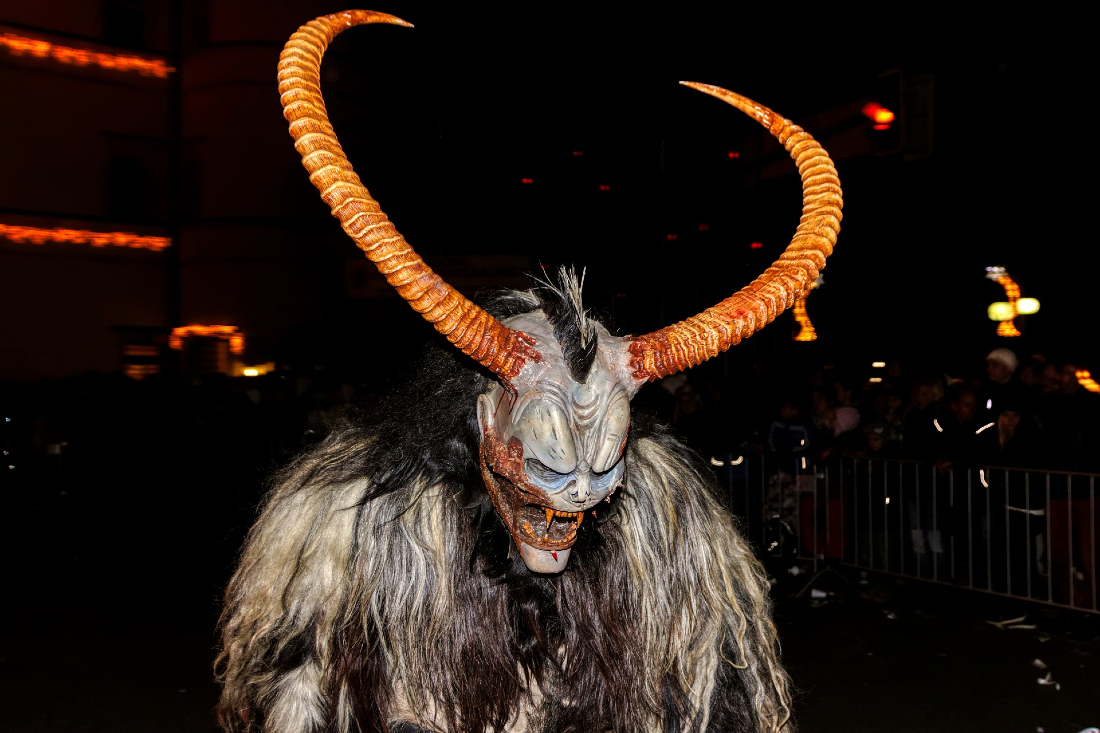 For all the details on the event, where to witness the run and an overview of its history, head over to the Munich official tourism website.