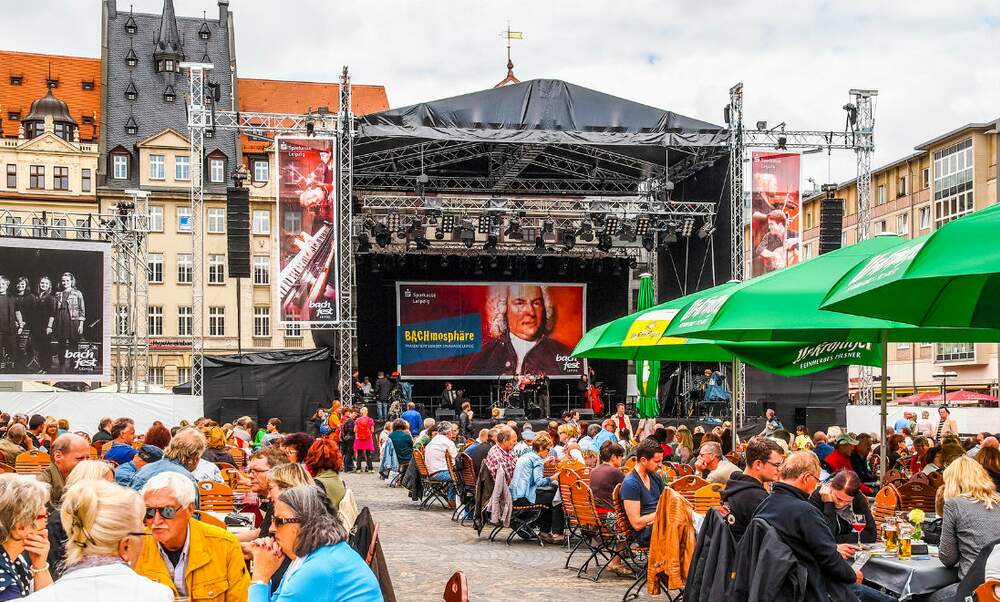 Every year since 1904, Bach fans have descended on Leipzig for Leipzig Bach Festival, AKA Bachfest, a celebration of the ingenious music of Johann Sebastian Bach, in the city where the composer spent the high point of his career. For those who are up for a double bill of Bach festivals, there's also the Thuringia Bach Festival each April in his native region!

Leipzig Bach Festival is strikingly diverse. Far from simply being a set of public concerts, it draws Bach fans from across the world to experience concert trips in diverse Bach venues, a series of lectures, an exhibition in the Bach Museum and - of course - sight-seeing in beautiful Leipzig.

Join Bach fans from around the world at Leipzig Bach Festival.

The programme also focuses on other members of the Bach family and other historic advocates of Bach, such as the Leipzig Gewandhaus Orchestra, Mendelssohn and Clara Schumann. That’s why this year’s programme offers a broad focus on not only Bach's music, but on other, later composers that have, in one way or another, become inextricably linked with his work.

A celebration of Bach’s life's work

Bach was champion of both church music and music for the royal court. During his career, Bach composed works for four different royal courts - Weimar, Köthen, Dresden and Berlin - and masterpieces from these periods of his life will be part of the programme.

The high-calibre musicians are second to none in this year’s Bachfest. Here are a few of the big names performing at the festival:

Get your Bachfest tickets online. Tickets are available on the Bachfest website, as well as through various ticketing agencies in Germany.