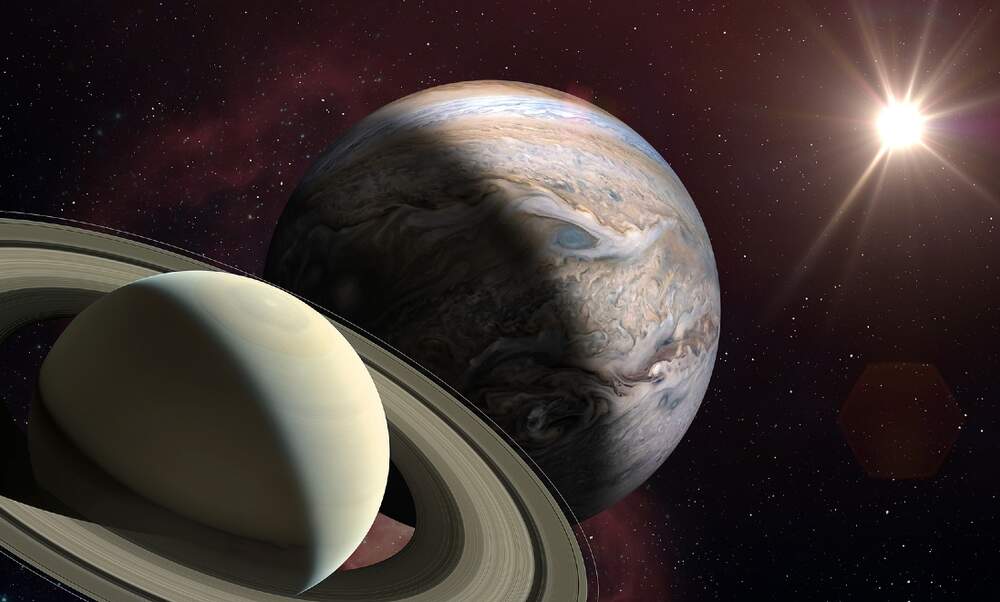 Stargazers, assemble! The shortest day of the year awaits with a spectacular celestial phenomenon: Jupiter and Saturn, the two largest planets in our solar system, are set to cross paths in the sky tonight, appearing to the naked eye as a “double planet” to the naked eye. The very Christmassy timing has caused some people to draw Biblical comparisons.

The two large and bright planets have been visible in the evening sky for months, steadily getting closer and closer. On December 21, they will reach their closest point - the “Great Conjunction - appearing just 0,1 degrees apart, or around a fifth of the moon’s diameter. This is the closest the two planets have appeared since 1623, and the next time won’t be until 2080 - so grab your chance while you can!

To the naked eye, it will look as if the planets are “merging” to form what has been dubbed “The Christmas Star”, as the faster-moving Jupiter overtakes Saturn on its journey around the sun. So long as the weather plays along, you should be able to get a good glimpse of it (perhaps through a gap in the clouds) just after sunset on December 21.

You don’t need any special equipment. Simply look to the southwest sky shortly after sunset. Both of the planets are so bright they will appear in the early dusk, approximately three quarters of an hour after sunset. However, you don’t have much time - about an hour and a half later, first Saturn and then Jupiter will sink into the layers of haze on the horizon.

And if you miss your chance tonight - and it’s quite possible, because the forecast isn’t looking great - don’t worry! You have another chance tomorrow, when the distance between the two planets will still be very slim. For the entire period December 12 to December 30, the two planets will never be more than half a finger’s breadth apart.

What is a Great Conjunction?

This phenomenon - known as a conjunction - is itself not particularly rare; since planets in the solar system orbit around the sun at different speeds, they regularly overtake each other, too. Jupiter, for instance, takes 12 years to orbit the sun, while Saturn takes 30 years.

Every 20 years, Jupiter catches up with Saturn and overtakes it; a phenomenon known as a “Great Conjunction”. The last time this happened was on May 31, 2000; and the next will occur on October 31, 2040. But both of these Conjunctions will appear a lot further away from Earth than the one happening tonight. “This year’s overtaking manoeuvre is something special. The two planets will almost merge into a common point of light,” explained the chairman of Sternfreunde, Sven Melchert.

The Star of Bethlehem makes a return?

The festive timing of this celestial event has caused some to suggest that a conjunction like the Christmas Star may have been the source of a bright light in the night sky 2.000 years ago - the star that guided the Three Wise Men to a manger in Bethlehem.

And this is not just modern speculation: way back in the 17th century, the German astronomer and mathematician Johannes Kelper proposed the theory that the conjunction of Jupiter and Saturn might have been the “Star of Wonder”. “But that is only one of the possibilities,” said Carolin Liefke from the House of Astronomy in Heidelberg.