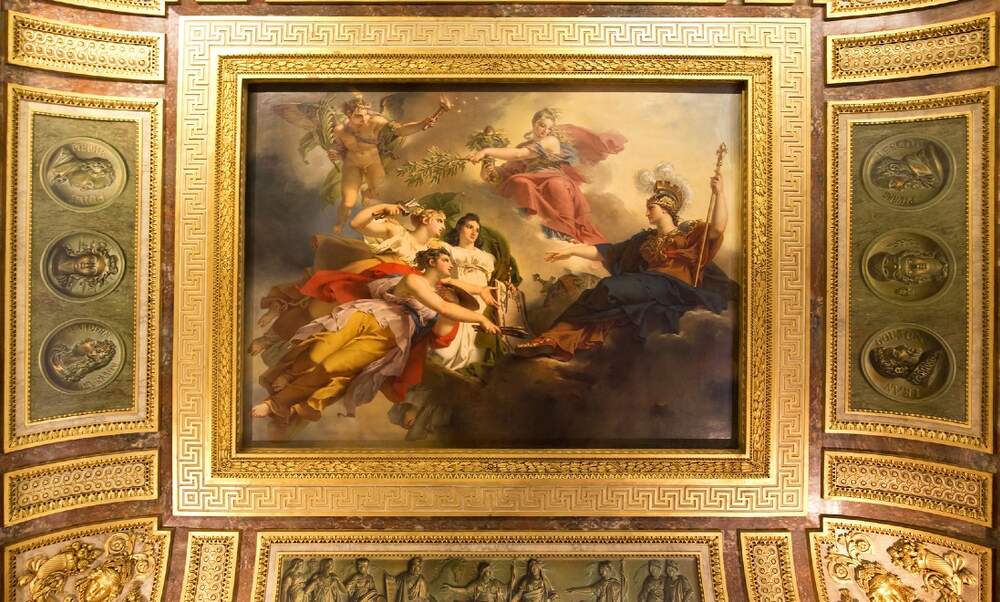 Museums in Europe you can visit from the comfort of home

Museums in Europe you can visit from the comfort of home

Feeling bored during the coronavirus days? Perhaps you're working from home or not working at all. Well, if you're stuck for something to do, museums all over the world are accessible in supreme quality from the comfort of your home, thanks to technology like virtual reality, online databases, high-res photography and partnerships such as Google Arts & Culture. We made a selection of some superb museums in Europe that you can discover remotely!

Not only can you view your favourite masterpieces in far-flung countries, you can use the Street View “walk through” feature. This allows you to get a sense of place and gives a more vivid impression of the museum itself – decor, lighting, spatial distance between exhibits, stairwells, you name it.

In many cases, a museum is a beautiful work of art in and of itself, so these fantastic online resources are true treasure troves for anyone who feels like they're seriously missing out on art and culture during the coronavirus quarantine.

Located at Amsterdam's iconic Museumplein, the Rijksmuseum is one of the national museums in the Netherlands and the largest museum in the whole country. Its collection comprises over a million objects dedicated the arts, crafts and history of Amsterdam and the Netherlands, dating from the Middle Ages to the 21st century.

Navigating the entire Rijksmuseum on Street View could take you hours! But, if you have hours on your hands and a love of art, then, why not?

The Van Gogh Museum is bringing the museum to you! In their own words, there are “things to do for young children, school children, the “just curious” and the die-hard art-lovers.” The museum is home to the biggest collection of paintings by Vincent van Gogh in the world. Track the artist's development through time and compare his paintings to works by other artists from Van Gogh's time. You can also have a virtual tour of the Van Gogh Museum on Street View!

The secret annexe where Anne Frank and her family went into hiding during the Nazi occupation comes to life in digital form. There are so many different ways to experience the famed Anne Frank House. If you have all the fancy VR gear, you can download a virtual reality app for free in the Oculus store and you’ll feel like you’re there. The extensive and impressive online version of Anne Frank House is also highly recommended!

This complex of top-tier galleries and museums in Berlin, located on a UNESCO World Heritage Site, has its own dedicated Museum Island online viewing resource! Within Museum Island, there are so many highlights. We highly recommend Alte Nationalgalerie and Pergamon Museum (more on these below!).

Alte Nationalgalerie (Old National Gallery) is a renowned national art gallery in Berlin, located on Museum Island. It displays artworks of Neoclassicism, German Romanticism, French Impressionism, Modernism of the 19th and 20th centuries and the Biedermeier art movement of Central Europe from 1815 to 1848. It also boasts the largest collection in Germany of 19th-century painting and sculpture and you can take a virtual walk through it.

Also located in Museum Island, the Pergamon Museum is the most-visited art museum in Germany! It can be sub-divided into three: the antiquities collection, a Middle East Museum and the Museum of Islamic Art. Pergamon is named after the powerful ancient Greek city of Pergamon and its depth and breadth of antiquities is nothing short of mind-blowing!

The British Museum in London has the largest online museum database in the world, so the current temporary closure is not going to stop us discovering and learning about fascinating art, artefacts and history of culture. There are even podcasts that you can find on the British Museum website.

You may miss out on the grandeur of entering the Greek Revival building, but on Google Street View you can pretend you’re there. From Iron Age and Bronze Age everyday objects to Greek, Roman and Middle Eastern civilizations to European renaissance prints and drawings, you’ll feel immersed and inspired!

Tate Britain is home to British art, both historical and contemporary. Historical British artists like Turner and Constable are featured there as part of the permanent collection. Francis Bacon and David Hockney have both been recently added, while contemporary ones like Tracy Emin and Sam Taylor-Wood are exhibited on rotation.

Curious about Versailles? Take a stroll in the Hall of Mirrors and prance through the vast hallways. Get the lowdown on what Marie Antoinette’s stomping ground was like! We can’t blame her for suggesting we all eat cake when we imagine ourselves in a place like this! Put it all in perspective with a virtual tour of the Palace of Versailles. It’ll be like having a palace all to yourself!

Mainly focused on French art from 1848 to 1914, Musee d’Orsay on Google Street View is a sight for sore eyes. The artworks themselves are superb, zoning in on the impressionists and post-impressionists such as Cézanne, Monet, Manet, Degas, Renoir, Seurat, Sisley, Gauguin, and Van Gogh. Not only that, but the museum is a former railway station and the virtual tour gives such an amazing sense of space that you can almost imagine what the acoustics of the building must sound like.

The Louvre was one of the first museums to make international headlines about its closure due to the coronavirus. The iconic establishment is the world’s largest art museum. Its neighbouring Tuileries Garden and Cour Carrée also remain closed.

Thankfully, the Louvre has an elaborate set of online resources, from detailed background information on the artworks and artefacts, fun learning activities for children and, of course, you can take a small few virtual tours in the Louvre. Considering the museum covers 60.600 square metres, the online version is not even the tip of the iceberg, but it’s worth a look, nonetheless!

Experience masterpieces of 14 Parisian museums all in one incredible online version! The Paris Musées is a group of 14 municipal museums in Paris, which present the joined Paris Musées online collection. The museums are:

It’s no wonder that the birthplace of the Renaissance is home to the most visited art museum in Italy. The prominent Medici family gave their art collection to the city of Florence as a gift in the 16th century and thus the Uffizi Museum was established.

To this day, it continues to specialise in Renaissance painting. Treasured works by Giotto, Michelangelo, Raphael, Donatello, Leonardo da Vinci, Boticelli, Caravaggio, Albrecht Durer, and Rembrandt are all there to be admired and marvelled at on the Uffizi Museum Google Street view feature!

This art museum, named after Queen Sofia, is dedicated to 20th-century art. The two most eminent Spanish painters of the 20th century, Pablo Picasso and Salvador Dali, are held on a pedestal in this museum and their collections are vast. The most famous work at the museum is arguably Guernica by Pablo Picasso, depicting the horrors of the Spanish Civil War.

There’s also a lot of art by other big names of the last century like Joan Miro, Francis Bacon, Georges Braque, Cindy Sherman, Man Ray and many more. Have a virtual wander in this fabulous museum on the Street View page of Museo Nacional Centro de Arte Reina Sofía!

View first-rate art from the comfort of home

Has self-quarantine got you cooped up and wishing you could visit a museum? Being cut off from your usual daily routine might actually leave you with time for something different. Go on, take a virtual tour!

Rachel is a writer, editor and digital content creator, passionate about the arts, culture and lifestyle.