[Video] What is a Maibaum and why do Germans celebrate May Day?

A couple of years ago I was driving home from work and witnessed a small town trying to lift a decorated 30-metre pole into the air. I had to pull over and see what this was all about.

Turns out, since the 13th century, Germans have been raising the maypole (Maibaum) to bring in the spring. What used to be pagan customs, full of bonfires to ward off evil spirits and witchcraft, has now evolved into a unique tradition of dancing, pranking, and festivities.

Where can you find a Maibaum celebration and when can I go?

You'll find Maibaum celebrations throughout Bavaria and other parts of Germany, and even countries further afield, including parts of Austria, Switzerland and Lichtenstein. Local forest owners will provide the maypole, which is typically between 18 and 30 metres tall. Individual towns are responsible for decorating the Maibaum with wreaths, ribbons, and sponsored trade signs.

Every year on April 30, local communities get together to watch the rising of the maypole. It takes about a dozen strong volunteers and a tractor to hoist it up into place. But then it needs to be protected... yes, protected, like with actual "bodyguards”.

What can I expect to see at a local Maibaum celebration?

For centuries this festival has also seen a wide range of pranks and games surrounding the pole. It's very common for neighbouring towns to steal another town’s maypole and demand crazy ransom requests such as cases of beer and bratwurst. The Maibaum celebration I visited had their city fountain vandalised with bubbles, and I was told even the Zugspitze Maibaum was stolen by helicopter one year.

Other traditions include dancing around the maypole, climbing competitions known as "Maibaum Kraxler," and of course typical German food and drink. As with most spring festivals, this is an opportunity for people to drink "Starkbier" (strong beer). This type of beer was a monk-brewed, high-calorie fasting beer, traditionally consumed to stay strong through the fasting requirements.

The video below will give you an idea of what to expect during Maibaum season - enjoy! 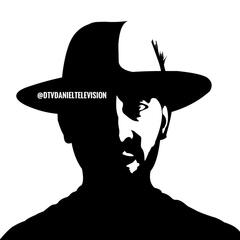 Daniel (DT) Taylor is a US Air Force Academy graduate, veteran, and videographer. Daniel has been living in Germany since 2014 as a content creator and local video blogger....

Families in German cities must earn 5.000 euros monthly to afford a property