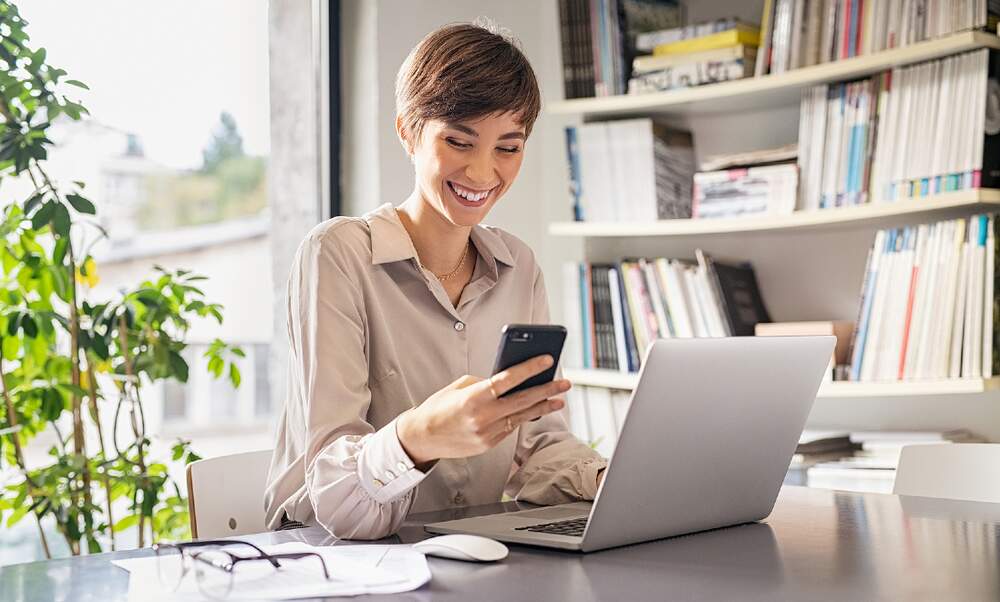 77 percent of Germans want to carry on working from home

77 percent of Germans want to carry on working from home

The coronavirus crisis has forced millions of workers in Germany to retreat into their home offices - many of them for the first time ever. But what initially was a disruptive change has proved to be a major hit, and now plenty of people don’t want to go back. According to a new study, working from home has meant less stress and more time for the family.

Home office is in vogue in Germany

Switching from the regular office to the home office has been a positive experience for many employees in Germany. That’s the overall finding over a new study by DAK, a German health insurance company, which interviewed 7.000 employees before and during the pandemic to get a feel of their experiences.

Before the pandemic, 21 percent of those surveyed said that they regularly felt stressed. During the coronavirus crisis, this dropped to 15 percent. And the proportion of those in employment who said they were never or only occasionally stressed increased from 48 to 57 percent.

But, contrary to what your boss might say, less stressed does not necessarily mean less productive. Before the pandemic, working from home had the rather unsavoury reputation (at least, among some employers) of being little more than a pyjama party that allowed workers to shove loads of washing into the machine between emails.

Now, however, both employees and companies in Germany are slowly waking up to its benefits. The DAK study found that, of those who now work regularly from home, 56 percent said they were more productive than in the office. Two thirds also said that they could better reconcile work and family life, and a similar proportion expressed pleasure at the time saved now that they no longer have to commute.

Overall, 76,9 percent of employees who have been working regularly from home since the start of the coronavirus crisis said that they would like to continue working this way, at least in part, in future. That’s a pretty resounding seal of approval. And it’s not just workers who are pleased with their home offices - a recent survey found that nearly half of all employers in Germany want to expand home work opportunities after the coronavirus crisis.

Some struggle with distinction between work and private life

“Working from home not only lowers the risk of infection, but also pays off for mental balance,” said Andreas Storm, CEO of DAK. He urged employers to act upon the study’s positive findings, “without ignoring the negative aspects of the home office, which also exist.”

The study also found that almost every second person misses the clear distinction between their job and private life. Three quarters of respondents also said that they lack direct contact with their colleagues.