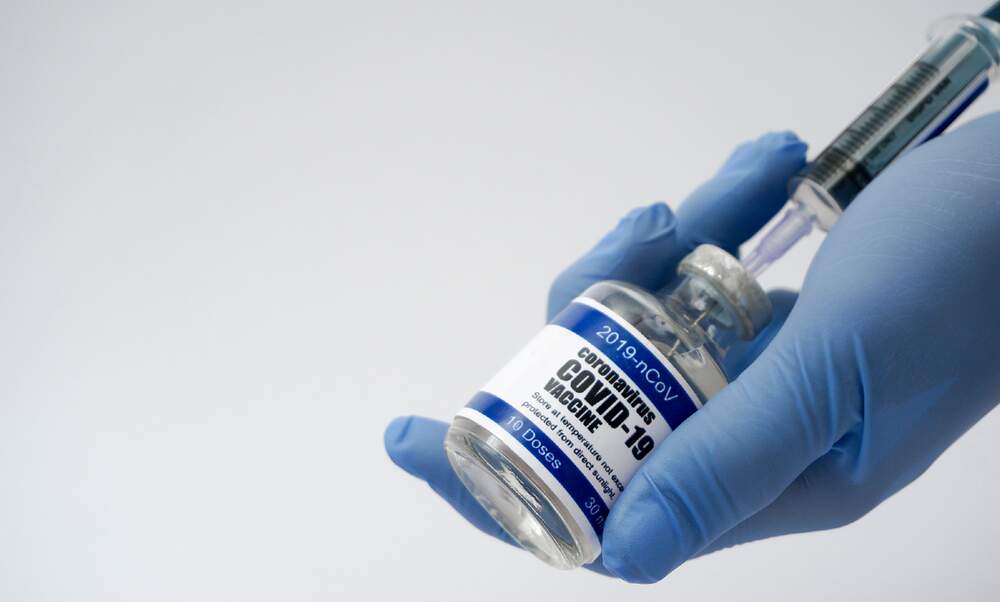 Vaccinations against COVID-19 are finally being rolled out across Germany, but some say that progress is still not fast enough. Faced with a scarcity of doses, the UK has opted to delay follow-up jabs, to ensure more people are protected sooner. Germany is reportedly considering adopting a similar approach.

Coronavirus vaccinations have now been running in Germany for almost a week. So far, more than 265.000 people have received their first dose of the BioNTech / Pfizer vaccine, according to the latest figures from the Robert Koch Institute. This vaccination rate of 0,78 per 100 people makes Germany the second-most successful EU member state so far, after Denmark.

From the perspective of the government’s critics, however, things just aren’t going quickly enough. Grumblings about “vaccination chaos” have already begun to surface, as, amid negotiations to extend Germany’s coronavirus lockdown, optimism has given way to criticisms of the country’s vaccine strategy.

The German government has been accused of failing to order enough supplies of the vaccine, and of neglecting to speed up its nationwide vaccination campaign to match the urgency of the situation. Bureaucratic processes within the EU - whereby the bloc collectively ordered vaccine doses for all of its member states from six different manufacturers - have also come in for fierce criticism.

The state premier of Bavaria, Markus Söder, said that the European Commission had “probably planned too bureaucratically: too few of the right vaccines have been ordered, and price debates have gone on for too long.” Uğur Şahin, the CEO of BioNTech, also blamed Brussels, saying that the commission had assumed that several different vaccines would be ready at once, and so had not ordered enough of the BioNTech / Pfizer jab.

Federal Health Minister Jens Spahn has rejected these criticisms, maintaining that it was always made clear that the vaccine would be scarce at the beginning. While emphasising that everything was being done to ensure that as many people as possible were vaccinated, Spahn also said it was important to “be realistic.”

Nonetheless, the minister is eyeing up potential improvements to Germany’s vaccination strategy. One of these is the recommendation that an extra sixth dose be drawn from vials of the BioNTech / Pfizer vaccine, a practice that has already been allowed in several other countries.

Spahn has also asked the Robert Koch Institute to investigate the possibility of delaying the second vaccine dose to 12 weeks after the first jab, rather than the recommended two to four weeks.

The idea behind this is that, according to data from clinical trials, more than half of those vaccinated are protected from a serious COVID-19 infection after the first dose. By using up all of the currently-available vaccine doses on first jabs, and delaying the follow-up shot until new batches of the vaccine are delivered, it is possible to substantially increase capacity.

Speaking of the plan, Leif Erik Sander, head of vaccine research at the Charité hospital in Berlin, said, “In view of the current scarcity of vaccines and the very high numbers of infections and hospitalisations in Germany, a strategy in which as many people as possible are vaccinated as early as possible is more effective.”

Experts consider it plausible that a delayed second vaccination could be sufficient - but there is limited evidence to support this theory. Indeed, the EMA said in a statement on Monday that the maximum interval of six weeks between doses should be respected, and that any deviation from this would be considered “off label use” - making the vaccine makers less liable for any adverse reactions.

The epidemiologist and vaccine expert Klaus Stöhr has also warned against copying the British strategy, pointing out that the effectiveness of the BioNTech / Pfizer vaccine has only been proven effective with a set vaccination strategy. “It would be irresponsible to vaccinate large areas [of the population] according to a vaccination scheme that has not yet been tested,” he said.