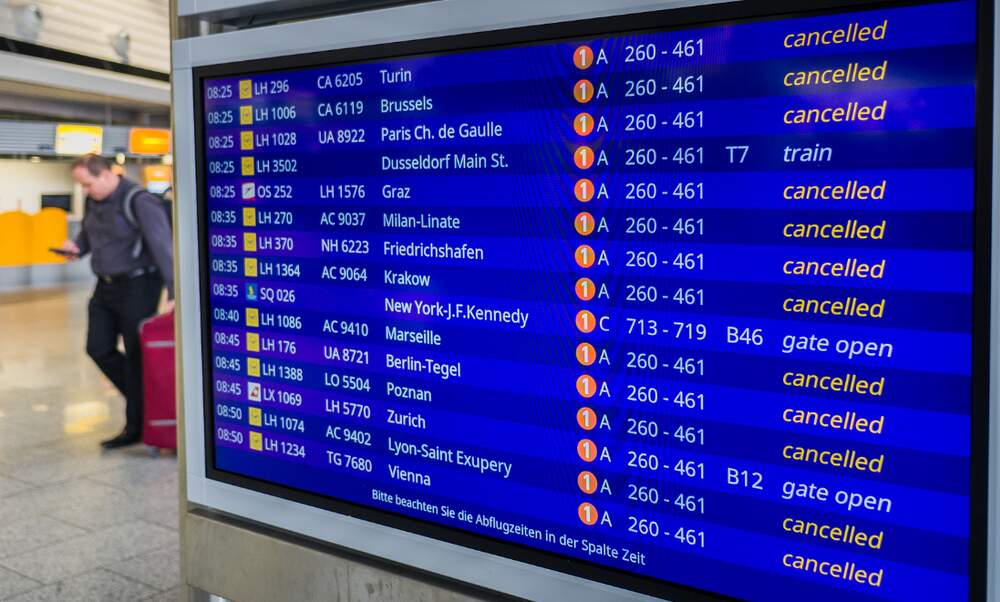 Passengers flying with Lufthansa from Germany at the end of this week will once again have to reckon with delays and cancellations after the union UFO called for its members to join a two-day nationwide strike. All Lufthansa flights departing from Germany are affected.

The fierce dispute between Lufthansa and the cabin crew union UFO over salaries and working conditions shows no signs of letting up anytime soon. Just two weeks after staging warning strikes at two of Germany’s biggest airports, UFO has called on Lufthansa flight attendants to join a nationwide, 48-hour walkout.

The strike, which is expected to “affect all Lufthansa flights” departing from airports in Germany, is scheduled to begin at 11pm on Wednesday, November 6, and end at 11pm on Friday, November 8. A protest march and rally is also being planned for Friday afternoon in front of Lufthansa headquarters.

Other Lufthansa airlines could join strike

Deputy UFO Chairman Daniel Flohr said that Lufthansa’s “refusal to negotiate” had left them with no other choice. He also suggested that the strike could be extended to other airlines in the Lufthansa group, including Eurowings and Sunexpress.

UFO has called for salary increases for cabin crew working at all five of the Lufthansa group airlines covered by collective bargaining law. Last week, the majority of its members voted in favour of calling a strike.

Nonetheless, Lufthansa condemned the UFO strike call “in the strongest terms” and announced that it was examining the case for legal action against it. The German airline group does not recognise the union’s two-man board as authorised to represent crew workers and has thus been rejecting negotiations with UFO for months.

“We apologise to passengers for the inconvenience,” Lufthansa said on Twitter, adding that it was working on a “special flight schedule” to minimise disruption.