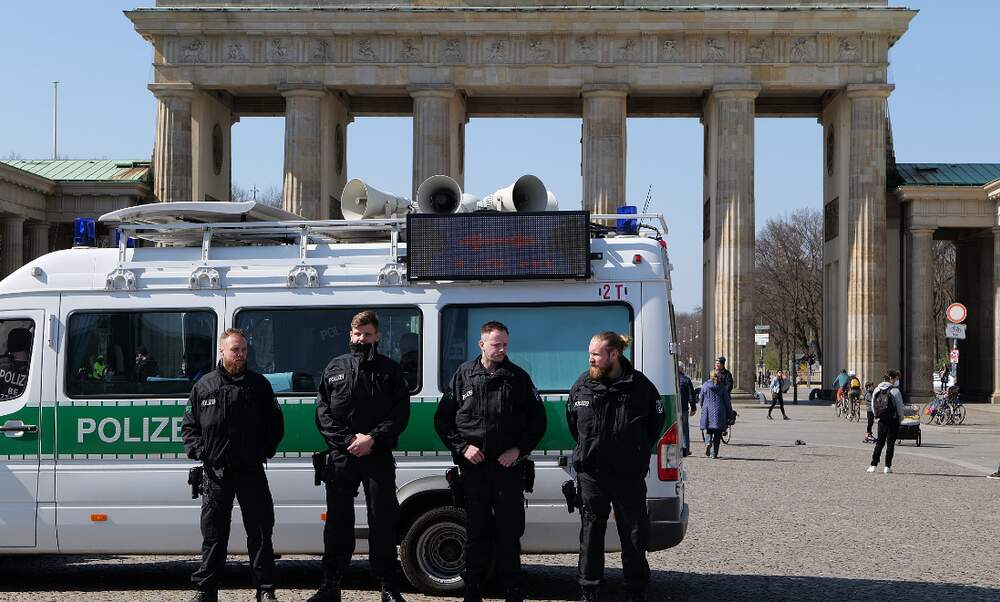 Outrage after 20.000 march against coronavirus measures in Berlin

Outrage after 20.000 march against coronavirus measures in Berlin

A number of German politicians have expressed frustration and outrage after protective measures to combat the spread of coronavirus were willfully disregarded at an anti-lockdown protest in Berlin on the weekend, which drew a crowd of nearly 20.000.

Despite widespread concern about Germany’s rising number of coronavirus infections, an estimated 20.000 protestors took part in a “day of freedom” in Berlin on Saturday. The crowd, which comprised a mixture of hard right, left and conspiracy theorists, converged on the Brandenburg Gate, dubbing the pandemic “the biggest conspiracy theory” and calling out slogans like, “We are the second wave” and “Masks make us slaves”.

The march was supposed to continue further along the boulevard through Tiergarten park, but was ultimately broken up after police in Berlin lodged a complaint against the rally’s organisers. The legal action referred to the march’s “non-respect of hygiene rules” - despite receiving multiple warnings - and the fact that the initial rally had only registered for 1.000 participants.

Police used loudspeakers to order demonstrators to leave the area peacefully. 45 were reportedly injured as they carried out their duties and three had to be treated in hospital after being hit in the face by shards of glass. Hundreds of protestors remained at the site until late in the evening. In total, more than 130 people were arrested, for offences like resisting arrest, breach of the peace and the use of unconstitutional symbols.

Politicians took to social media to criticise the rally as irresponsible, since by far the majority of the protestors neglected to wear masks or observe social distancing. Michael Müller, the mayor of Berlin, was especially sharp, saying that protestors had not considered the facts and therefore risked the health of other people.

Saskia Esken, one of the co-leaders of the SPD party, branded the attendees “covidiots” and slammed them for “not only jeopardising our health [but also] our achievements against the pandemic and the revival of the economy, education and society.” Karl Lauterbach, of the SPD, ordered fines for the demonstrators, saying, “If tens of thousands aggressively advertise that distance rules are not adhered to, it is a threat to public health.”

However, Tino Chrupalla, co-chair of the AfD, cleared the demonstrators of all allegations. “I can’t see any wrongdoing,” he told ARD, emphasising that the demonstration was peaceful. People took to the streets for their basic and civil rights, he said, “And you can only welcome that.”