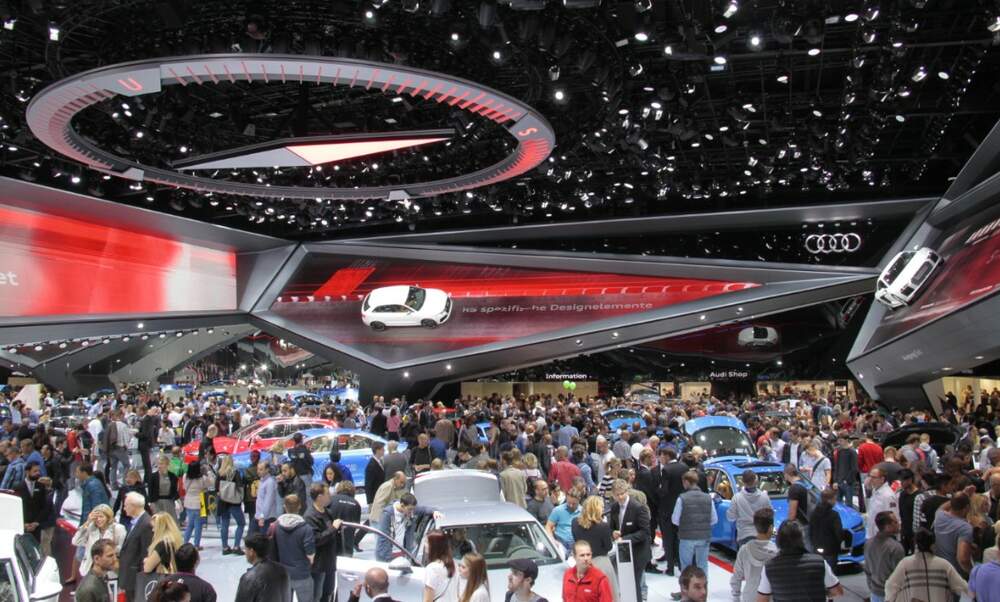 The International Motor Show Germany (Internationale Automobil-Ausstellung) is the largest motor show in the world with a total of 994 exhibitors from 39 countries at its last edition. Fans of driving come from far and wide to spot trends, experience the hottest brands, suppliers and newcomers in the car industry.

The 2019 edition - an odd-numbered year - takes place in Frankfurt am Main; on even-numbered years, it's in Hanover.

The show is where new products and trends in the automobile industry are unveiled for the world to see. It has evolved from being merely a car exhibition to a leading forum for all aspects of mobility. The IAA occupies an 200.000-square-metre area where both classic and cutting-edge cars can be marvelled at.

The slogan is “Driving tomorrow”, giving visitors and exhibitors the all-round experience of the mobility solutions of the future. Think hybrid cars, fuel-cell cars and pure electric cars. You can test-drive cars and take exclusive driving routes around Frankfurt. There's even learning to drive for kids!

The worldwide renown of German cars

“The automotive world will change more over the next 10 years than it has during the course of the last hundred.”

The first IAA was held in 1897 at the Hotel Bristol in Berlin with a total of eight cars on display. As cars became more commonplace, the event became a mainstay each year. The show was suspended during World War I and World War II but re-emerged after each time even more accomplished than previously, consistently displaying the worldwide trends and innovation in German car manufacturing.

Dr Wolfgang Porsche, chairman of the Supervisory Board of Porsche Automobil Holding SE: “The automotive world will change more over the next 10 years than it has during the course of the last hundred.”

Get your IAA tickets