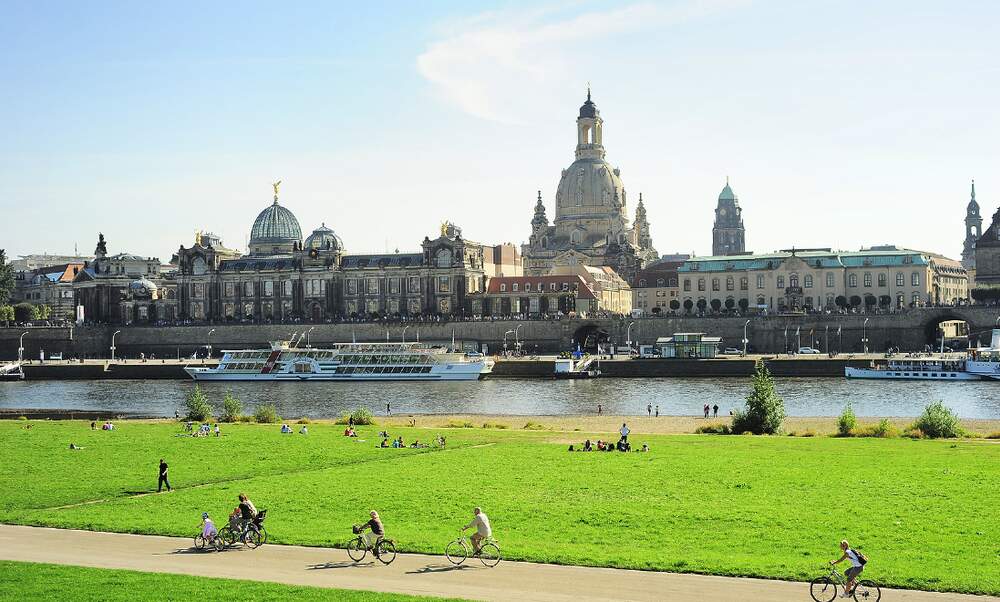 Up to 33 degrees this week: Summer gives an encore in Germany

Up to 33 degrees this week: Summer gives an encore in Germany

We’re already well into September but summer’s not over yet! Germany will be blessed with high temperatures and lots of sun in the coming week.

Summer will make a final, glorious encore over the coming days, blessing us with almost a whole week of warm, sunny weather. According to the German Weather Service (DWD), temperatures will rise up to 33 degrees in the coming days. And even better than that, the sun will be shining almost everywhere in the country.

““High Kevin” is here,” said a DWD meteorologist, “and with him, summer is returning to Germany.” According to their predictions, the 30-degree mark is likely to be exceeded in many parts of the country, especially on Monday and Tuesday. Only in the north and northwest of the country will there be clouds and slightly cooler temperatures.

Mini-heatwave reaches its peak on Tuesday

After getting off to a foggy start, Monday will gradually cast off its cloud cover to emerge hot and sunny, with temperatures around 30 degrees. In the west and southwest of the country, the 32-degree mark could even be topped. The typically cooler coastal regions will get a pleasant 25 degrees - perfect beach weather!

Tuesday will be the peak of this mini heatwave, with highs of between 25 and 31 predicted for the whole of the country. Along the Rhine valley and its tributaries - where temperature records are often set - up to 34 degrees is predicted. The entire day will be sunny and dry.

By Wednesday, we will be past the climax, but can still look forward to lots of sun and temperatures of up to 32 degrees in the southwest and 22 degrees on the coast - with a few patchy showers. By Thursday, noticeably cooler air will be blowing across Germany from the north, pulling maximum temperatures on the coast down 16 degrees, and bringing with it a few downpours, and maybe even a thunderstorm or two in the southern part of the country.

Friday and Saturday will be sunny again, although significantly cooler, between 15 and 20 degrees. Only in the southwest of the country will it still be possible to pretend it’s summer, with highs of up to 25 degrees forecast. Sunday will see friendly temperatures of between 16 and 27 degrees. Time to start planning some outdoor activities this weekend!