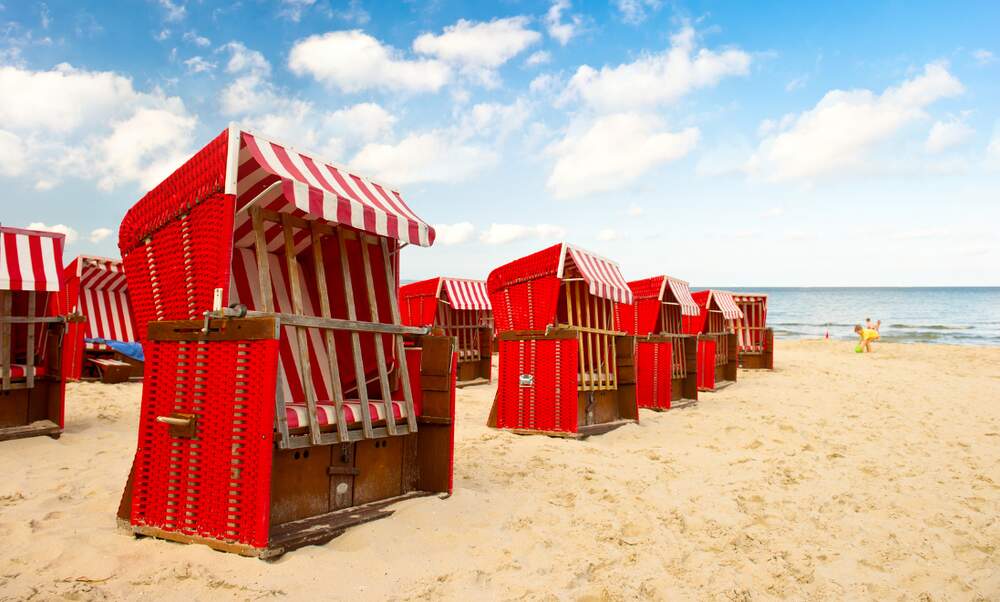 The 10 German cities with the best weather

The 10 German cities with the best weather

If there's one thing that can be predicted with any certainty, it's that the German weather will always be fickle. It's impossible to depend on it being sunny and warm anywhere in the country, but with the help of a little bit of data on sunshine and rainfall, it's possible to say where you'll have the best possible chance. So without further ado, we present the top 10 “great weather” German cities. Are you lucky enough to live in one these top spots?

Travelcircus examined more than 4.000 different weather data in 80 major cities in Germany to come up with their suggestions for the best spots in Germany for sunseekers. To produce the ranking, they looked at five criteria:

The sunniest cities in Germany

Chemnitz can rejoice at being officially named the sunniest city in Germany! Here, the sun shines for an average of 5,2 hours per day. Every day during June and July, the city basks in a glorious nine hours of sunshine - more than any other city!

At the other end of the scale, the five least sunny cities in Germany are all in North Rhine-Westphalia, where the sun shines on average for a mere 3,3 hours per day. If you’re looking for your next vitamin D fix, it's best to avoid them!

The warmest cities in Germany

There are perhaps some surprises here, as the sunniest cities in Germany aren’t necessarily the warmest. In fact, the cities with the highest average temperatures are largely located in the sun-deprived western states. Offenbach am Main secures the number one spot with an average annual maximum of 15,4 degrees.

The coldest cities, unsurprisingly, are to be found on the wind-battered northern coast. Rostock comes in last with an average maximum of 11,6 degrees.

The German cities with the longest summer

Summer is everyone’s favourite season, right? Its only flaw is that it doesn’t last long enough - three months in most German cities. However, residents of Offenbach, Karlsruhe, Mainz, Pforzheim and Frankfurt are lucky enough to enjoy average temperatures of more than 20 degrees for a full four months.

The shortest summer season is in Bremerhaven, where temperatures only rise above the 20 degree mark in July and August - and only just.

The German cities with the least precipitation

Nothing puts a damper on a good day like a heavy rain shower. If you hate getting wet, consider heading to Halle an der Saale, where the average annual precipitation is 483 mm, 236 mm less than the national average. Honourable mention goes to the cities Erfurt, Berlin and Magdeburg, which all have less than 500 mm of rain, hail and snow per year.

If you’re on your way to Oldenburg, don’t forget your umbrella: with 1.072 mm of precipitation per year, it is officially Germany’s rainiest city. Places two through five all go to cities in North-Rhine Westphalia.

Comparing 80 different cities on the basis of these different criteria, here are the top 10 cities in Germany with a perfect mix of sun, warmth and dryness:

Of course, the weather in Germany can be notoriously unpredictable. But, armed with this information, you can be sure you’re giving yourself the best possible chance of finding your perfect German weather to enjoy an ice-cold German beer!