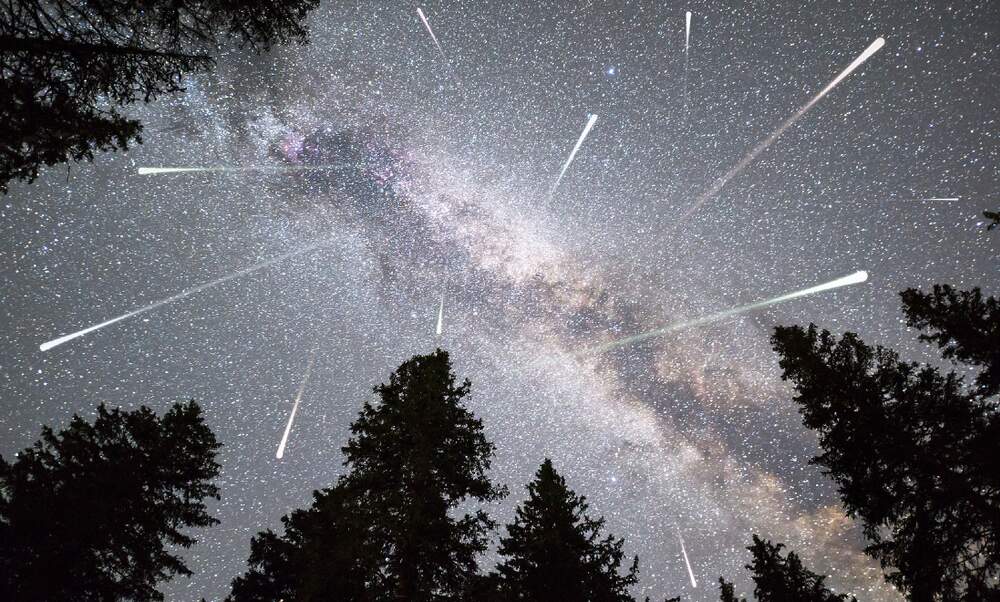 Catch the "King of Meteor Showers" as it peaks this weekend

Catch the "King of Meteor Showers" as it peaks this weekend

Ready for a Christmas-tastic light show? The Geminids meteor shower, a flashy and reliable crowd-pleaser that sees streaks of colour shooting through the sky, will reach its spectacular peak this coming weekend.

Geminids reach their peak this weekend

Known as the “King of Meteor Showers”, the Geminids are a gift from 3200 Phaethon, an extinct comet that crosses our skies around the same time every year, putting on quite the performance. It’ll be one of the last meteor showers of 2019 - so don’t miss out!

To catch a slice of meteor magic, stargazers should look to the heavens on the nights of Friday, December 13 and Saturday, December 14, when the shower will be at its most spectacular. You could see as many as 120 shooting stars per hour!

However, as with all meteorological events, we are very dependent on the weather for a good show - so keep your fingers crossed for a cloudless night. Unfortunately, this year the meteor shower reaches its peak at almost exactly the same time as the moon, meaning that light from the almost-full moon will block out some of the fainter meteor trails.

Still, you should be able to see a shooting star at least once every three minutes. And the best thing about this particular meteor shower is that you don’t have to wait up half the night to see it - the spectacular streaks of colour will be visible almost as soon as darkness descends and carry on until dawn. The absolute peak is expected to be around 3am on Saturday, December 14.

How to catch the meteor shower

To have the best chance of catching a falling star, look to the East. The Geminids will appear in the sky close to the constellation Gemini, which this weekend is right next to the moon. The rest of the usual stargazing advice stands - find a spot with minimal light pollution, let your eyes adjust to the dark and cast your gaze heavenwards! Make sure you dress up warm, as well - it’s chilly out there!