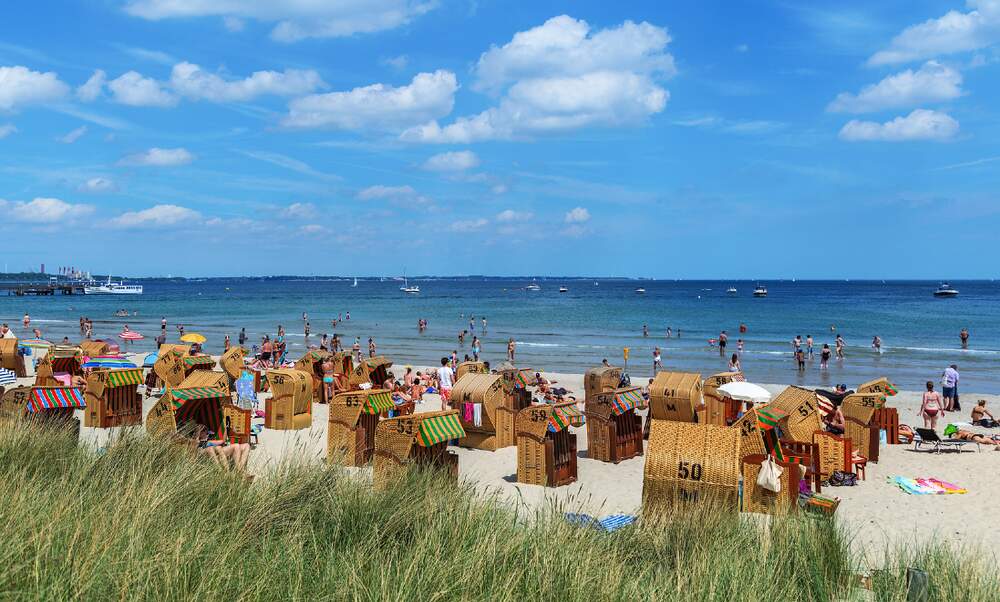 First heatwave of the year heading to Germany: It could hit 35 degrees

First heatwave of the year heading to Germany: It could hit 35 degrees

Brace yourselves: the first heatwave of the year is on its way to Germany. Some pretty hot and sticky weather is forecast for next week, with the thermometer expected to surpass the 35-degree mark in some parts of the country.

Heatwave expected next week in Germany

After a stormy weekend of heavy showers, the German Weather Service is predicting that next week will be warm - just in time for the astronomical start of summer. The temperature will climb steadily from Monday onwards, potentially reaching 35 degrees and perhaps even edging towards the 40-degree mark by the end of the week.

The reason for this warm weather is a bank of hot air that is heading towards Germany from southwestern Europe, bringing some pretty balmy weather with it. A heatwave is defined as three days or more when the temperature climbs above 30 degrees - and that could easily be achieved in the coming week. There is also the possibility for tropical nights, when the temperature does not dip below 20 degrees at nighttime.

Temperature climbing steadily through the week

According to the DWD, both Tuesday and Wednesday will be bathed in plenty of sunshine, with the potential for some scattered showers, but primarily glorious temperatures between 25 and 30 degrees. By Wednesday it could rise to 32 degrees, although it will be cooler in the coastal regions.

Thursday should have only the faintest scattering of clouds, and otherwise be sunny and dry, with temperatures between 27 degrees on the coast and up to 33 degrees on the Rhine, Main and Spree. The same pattern of hot, sunny weather will continue for the rest of the week, although there is the chance that it could break, in some places, into small thunderstorms.

The forecasts aren’t entirely in agreement yet, but some experts are predicting that it could get even hotter. ntv meteorologist Björn Alexander says that peak values of even 37 or 38 degrees are conceivable by Friday, depending on the weather model.

Either way, it’s probably time to stock up on some sunscreen. Bring on summer!