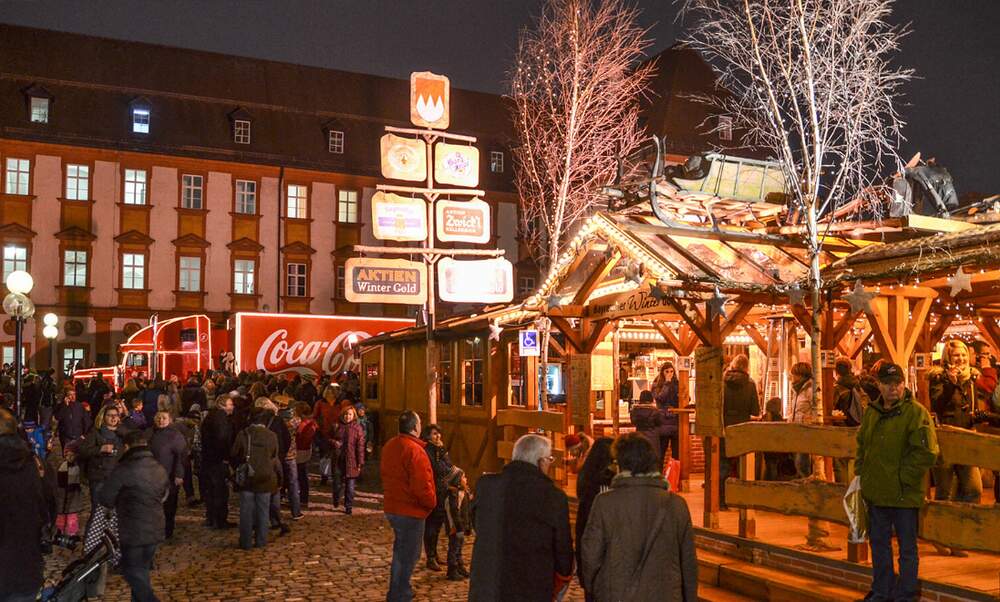 It may have been 17 degrees and sunny but that wasn’t going to put a dampener on Bayreuth’s festive cheer - this week it officially opened the first Christmas market of the year.

The market’s organisers happily announced on Thursday, October 17 (a mere 9 and a half weeks before Christmas Eve) that their “Winter Village” was “once again the first Christmas hangout in the whole of Germany, and certainly in Europe,” to be officially open.

Visitors to the market can now sip mulled wine or guzzle German beer, nibble roasted almonds and listen to Christmas music while whiling away the hours until the happy national holiday is upon us. Some visitors even arrived in swimsuits and swimming trunks, keen to make use of the market’s mobile sauna.

Bayreuth, a town in Bavaria famed for its Wagner Festival, clearly believes there’s no such thing as an overdose of Christmas spirit: last year, too, it opened its Winter Village in mid-October, well in advance of the beginning of the Advent season. Most Christmas markets in Germany open their doors in early November at the earliest.

Indeed, the fact that Christmas markets nowadays open earlier and earlier has attracted some criticism, particularly from representatives of the church. Last year, a spokesperson for the diocese of Essen warned that the continual extension of the Advent period risked turning Christmas into something “commonplace” and commercial, rather than an important religious observance.

They might have a point - but there is something about Christmas markets that just warms the cockles of your heart... We're off for a Glühwein and a sauna to mull it over.